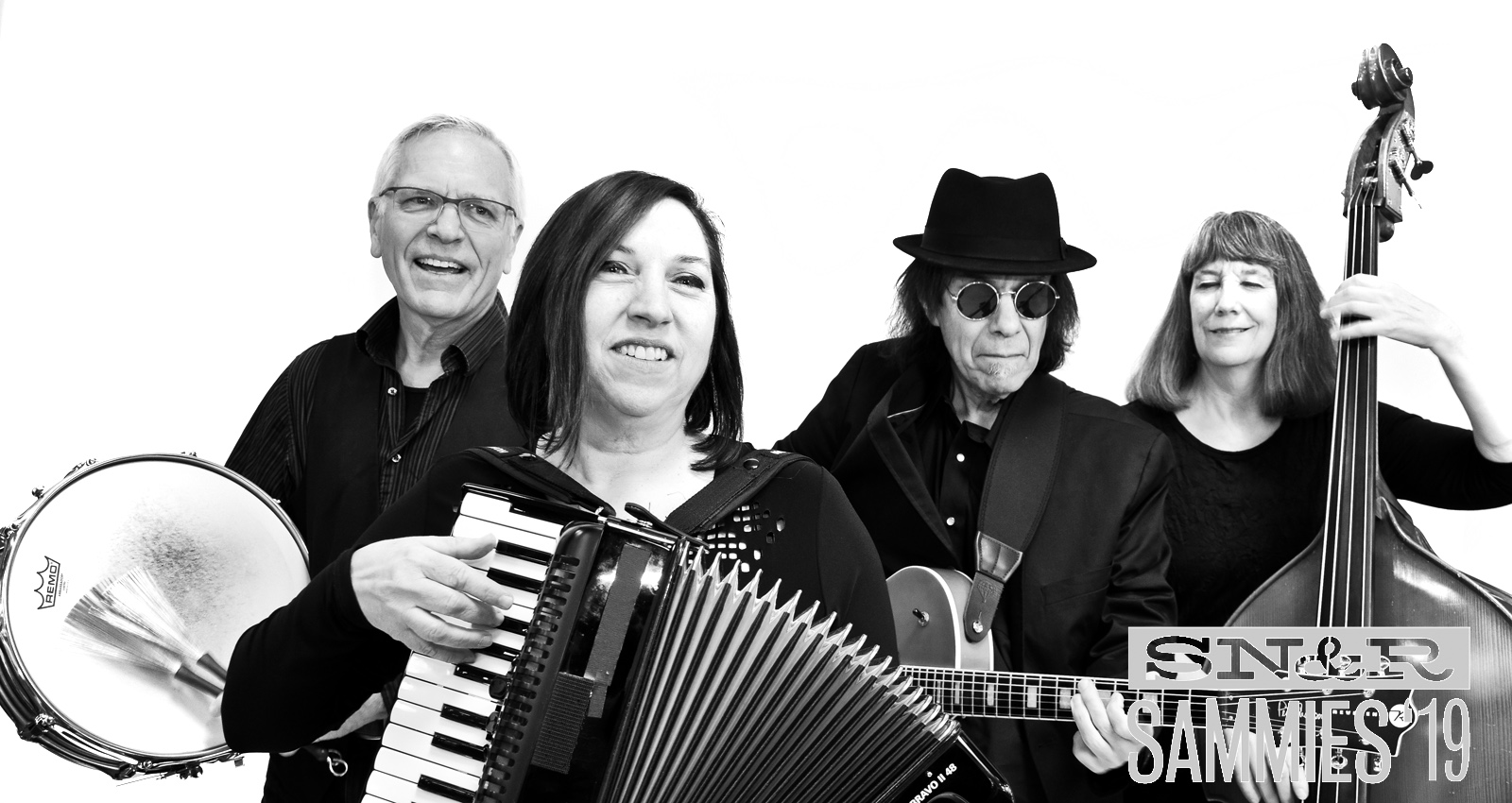 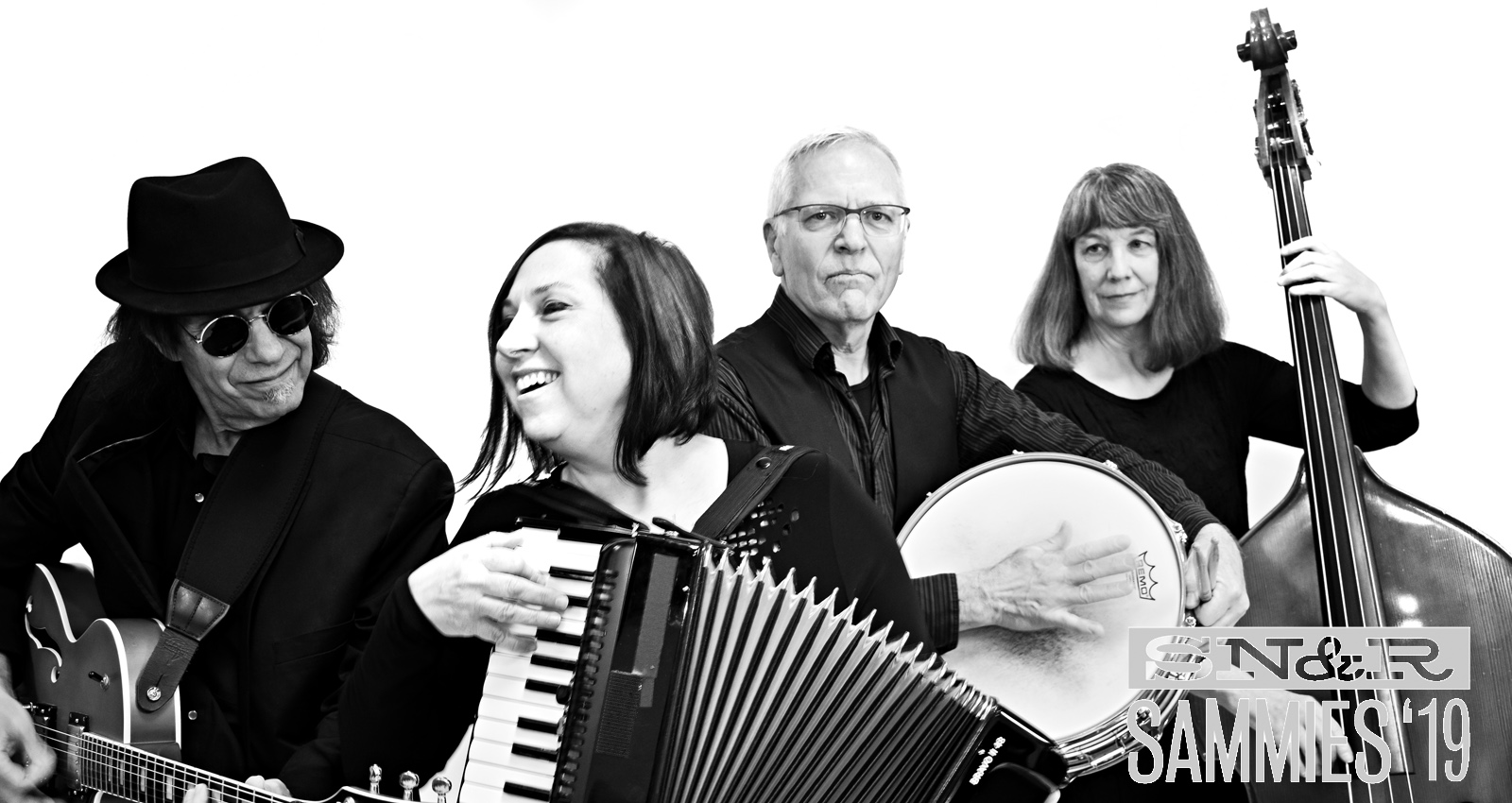 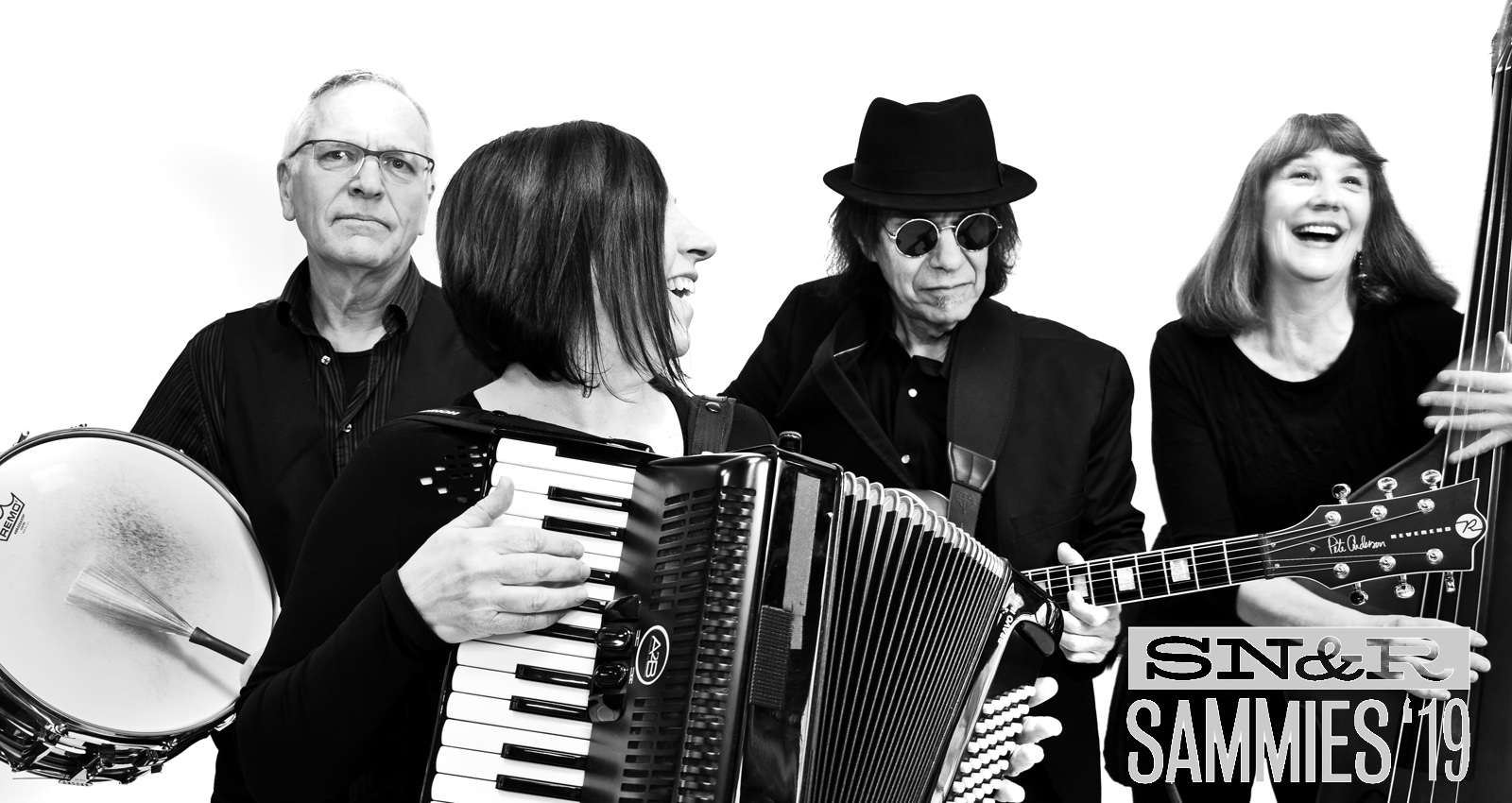 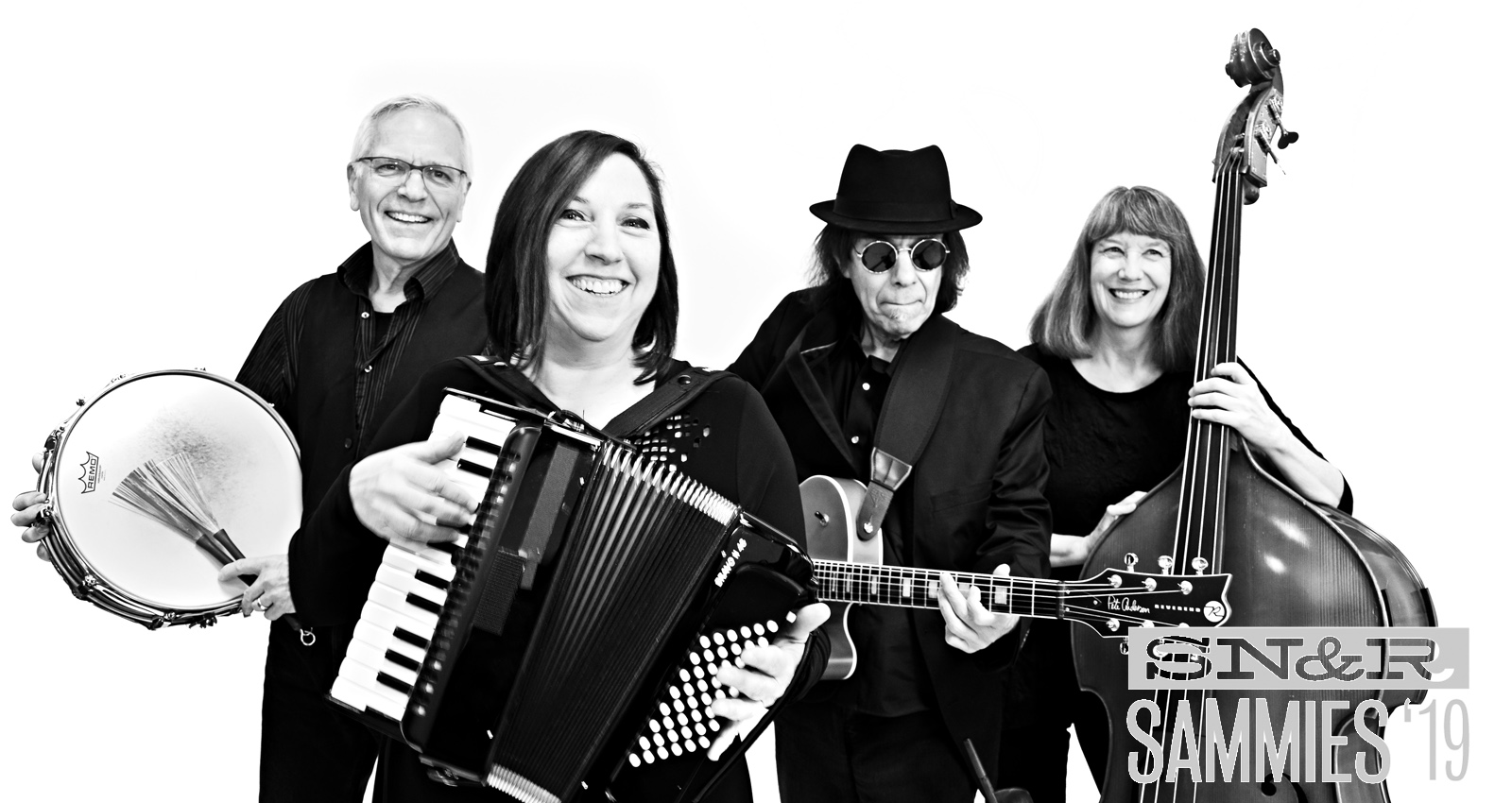 René: Richard and I are married and have played in bands together for years. We are always working on music and looking for places to perform. We both craved an outlet for our original music. We wanted to play folk instruments in a non-traditional way. So Richard started on bouzouki, then acoustic guitar and archtop guitar. I wanted to play accordion rather than a keyboard. We hooked up with Jamie after we kept admiring her bass playing each time we heard her. Don and Richard had their first band together in high school, so it's really cool that he wanted to work together on this project.

We recently did a show just outside of Sac in Davis that was a blast! We played with Dirty Cello for the Thursday Live concert series at Odd Fellows Hall. The show was packed, the audience was enthusiastic and both bands complemented each other's style. It was a fun night!

We really are not embarrassed and like all kinds of music and styles.

We are finishing recording our new album for release in April. We'll be doing shows to promote the album and making a video. We'll be writing more songs.

According to Bazooka started as a pun for accordion and bouzouki. Richard started on bouzouki and switched to guitar. Bazooka also has a connection to Bazooka bubble gum. We like the Americana and pop-culture imagery associated with the old Bazooka bubble gum and the little comics that were in the wrapper.

David Houston. We are huge fans!

The Beatles started us off initially. Our influences include 1960s folk-pop, Americana and British Invasion bands. We like the sound of The Birds and R.E.M.