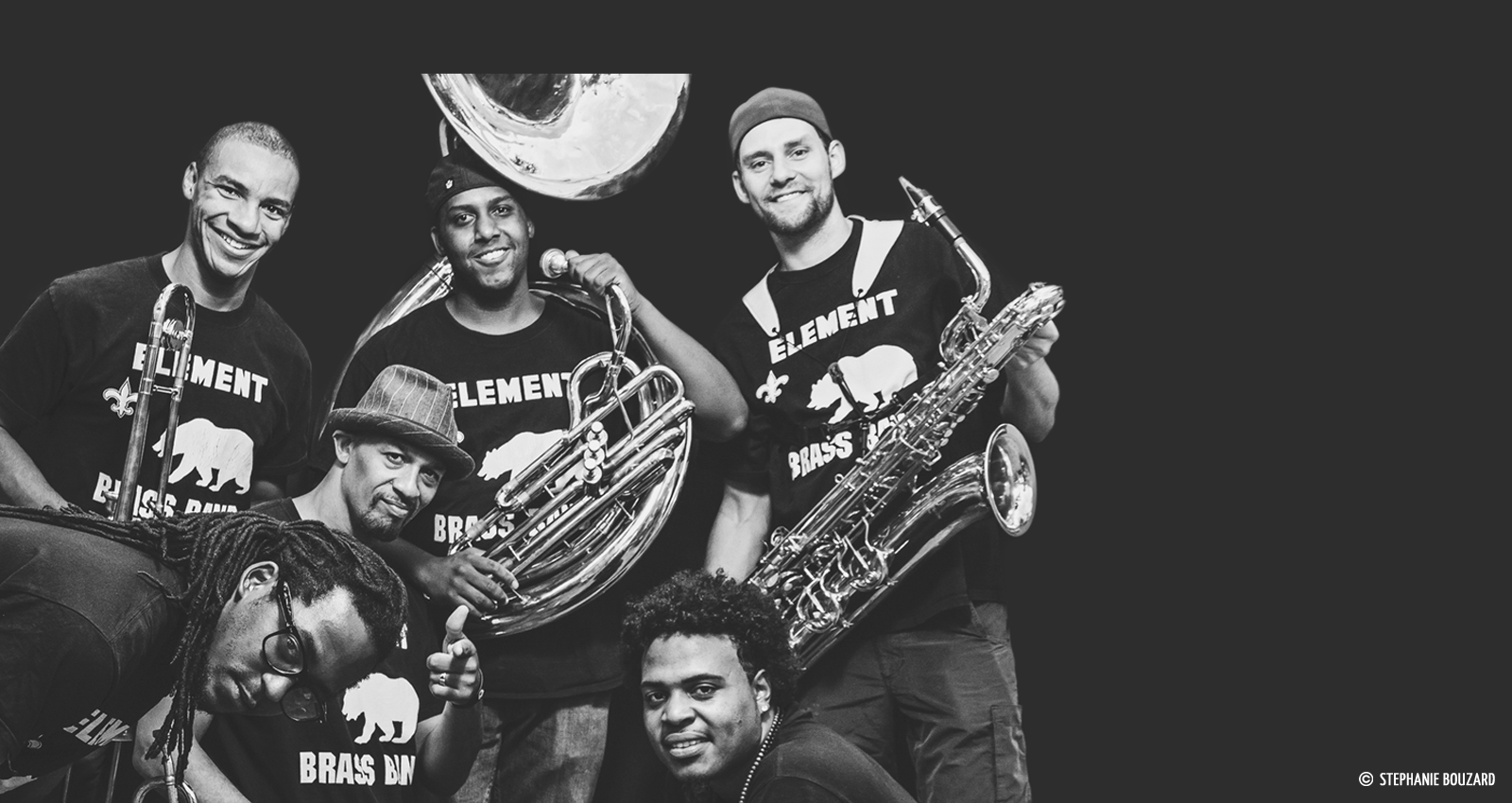 The one we haven't composed yet.

Ryan Robertson grew up in Sacramento. He later moved to New Orleans, where he worked in brass bands. He returned to Sacramento and started his own group called the Element Brass Band.

August 18, 2018: The 2nd Annual Battle of the Brass Bands at Harlow's. Element Brass Band vs. MJ's Brass Boppers from Oakland. Without a doubt one of the most high energy performances of Second Line music ever in Sacramento.

"Feel Like Funkin It Up" by Rebirth Brass Band.

Another album, another tour.

One of our founders, Anthony Coleman, came up with the name. He liked the way it sounded.

Bring it, or don't bother.