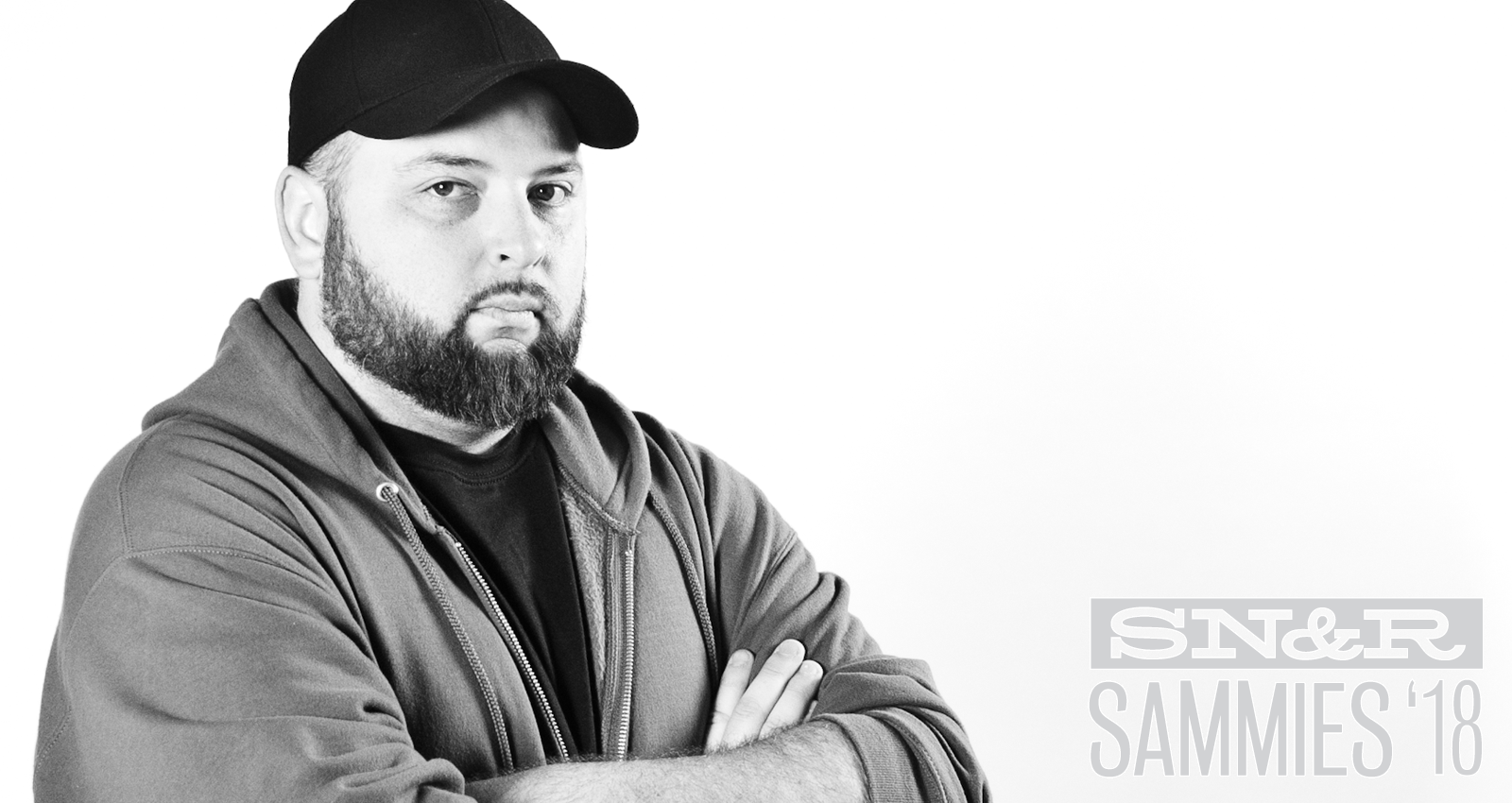 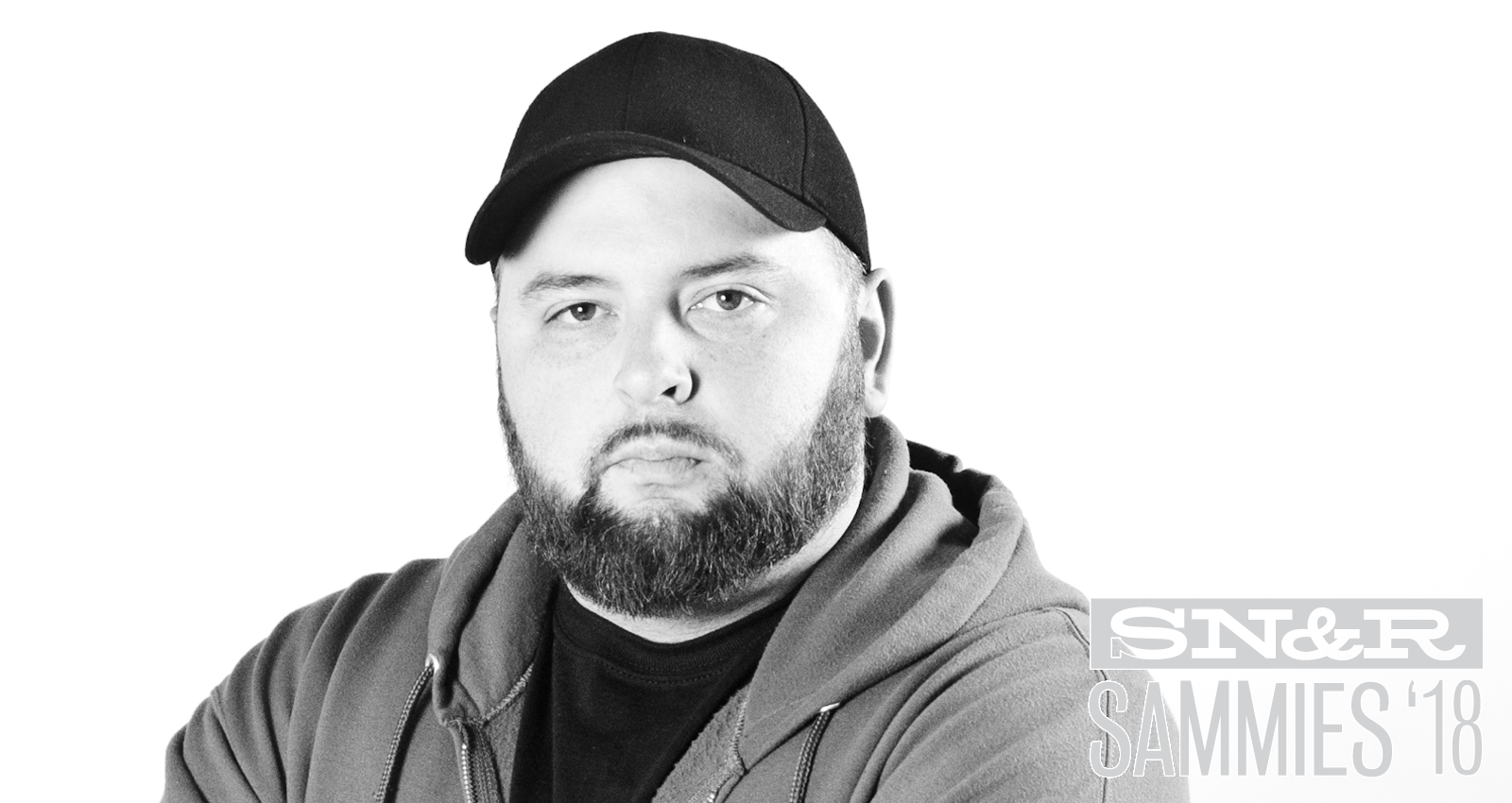 A sound pit of his own

Matt Thomas remembers Disney On Ice at Arco Arena. Unlike most kids, then 5-year-old Thomas was awed by a different magic-maker who worked offstage, conducting in a dark pit below the balcony where Thomas and his family sat. Framed by the lit buttons and knobs which he tinkered with on his console. The sound guy.

It’s one of Thomas’ earliest memories of his fascination with how music is made behind the scenes. Now, the 31-year-old is a rising producer/songwriter. He plays in two bands, Dark Signal (his “serious” project) and Korean Fire Drill (purely for fun). And he has a sound pit of his own: Thomas is the front-of-house engineer/stage manager at Holy Diver in Midtown.

“And then whatever’s left of my personal life,” Thomas said. “I have a wife [laughs], so I try really hard to do what I can without ruining that.”

SN&R sat down with Thomas on a weekend afternoon before Holy Diver opened. There, he spelled out a life surrounded by music projects. The biggest is Ash Tone Audio, his umbrella brand for everything that isn’t a band.

“I can do live sound,” Thomas said. “I can record, engineer and mix songs and records.” He also directs music videos, trains musicians with equipment, such as in-ear monitor rigs for performing, and writes songs for bands he produces.

The pride of his recent work is the self-titled debut album by locals Among the First. Think hyper-polished, verse-chorus tunes by folks like Papa Roach. Thomas calls it by its radio-format name—“active rock.” It’s a loose term for bands that adapt their sound to popular tides, and it’s what Thomas wants to gain a reputation for in NorCal: The region’s go-to producer for big, commercially viable hard rock and metal.

The Among the First record was a step in that direction.

“It wasn’t just a band coming in to record,” Thomas said. “It was a band that was debuting, so [it involved] having to define a sound that wasn’t defined yet.”

Between upstarting Ash Tone from his home studio in Sac, making sure bands sound good at Holy Diver, and developing Dark Signal, an active rock group that he started in high school, which got rebranded several times and released its first single in September, life can be stressful, Thomas said. His outlet is Korean Fire Drill, a slapstick comedy/party rock band he formed four years ago.

There’s no defined sound with KFD, just a mix of originals about things like “spider activism” and covers of nu-metal, post-grunge and rap tunes from the late ’90s and 2000s. One is a rock cover of Tupac’s “California Love.”

“People get it, like ‘I’m not supposed to take this seriously, this is stupid,’” Thomas said. “It’s almost like a drug. I just do it and it makes me a feel a lot better.” (If you’re convinced by their YouTube videos and would like to de-stress in a similar way, they’re playing a <i>Ghostbusters</i>-themed black light party on April 7 at Holy Diver.)

But for Thomas, the juggle is all for a dream: to eventually transition to music production full-time. “I’d get to be in the comfort of my zone, my home, my studio,” Thomas said. “And I’m running the show. I’m the man in charge.”