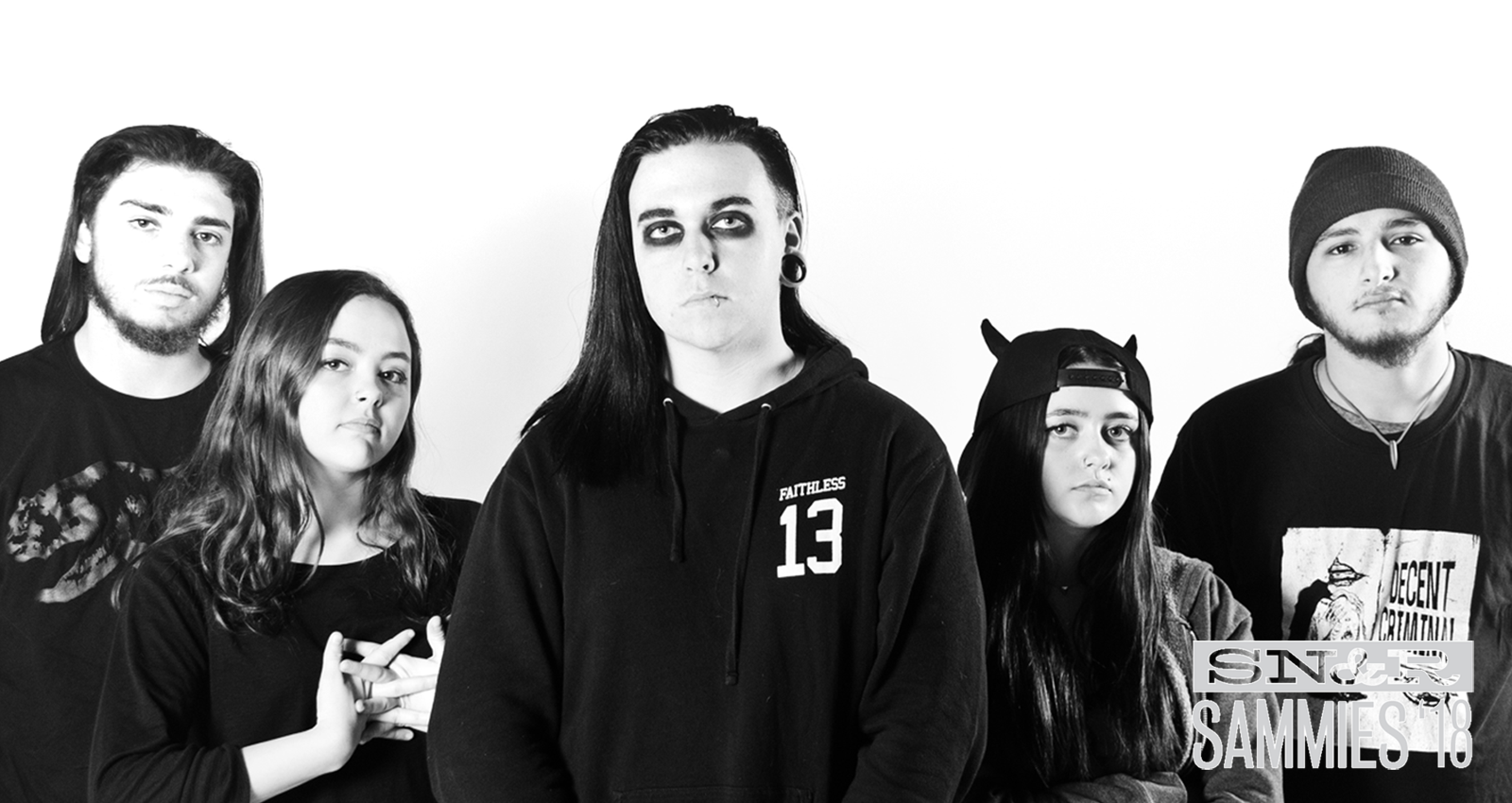 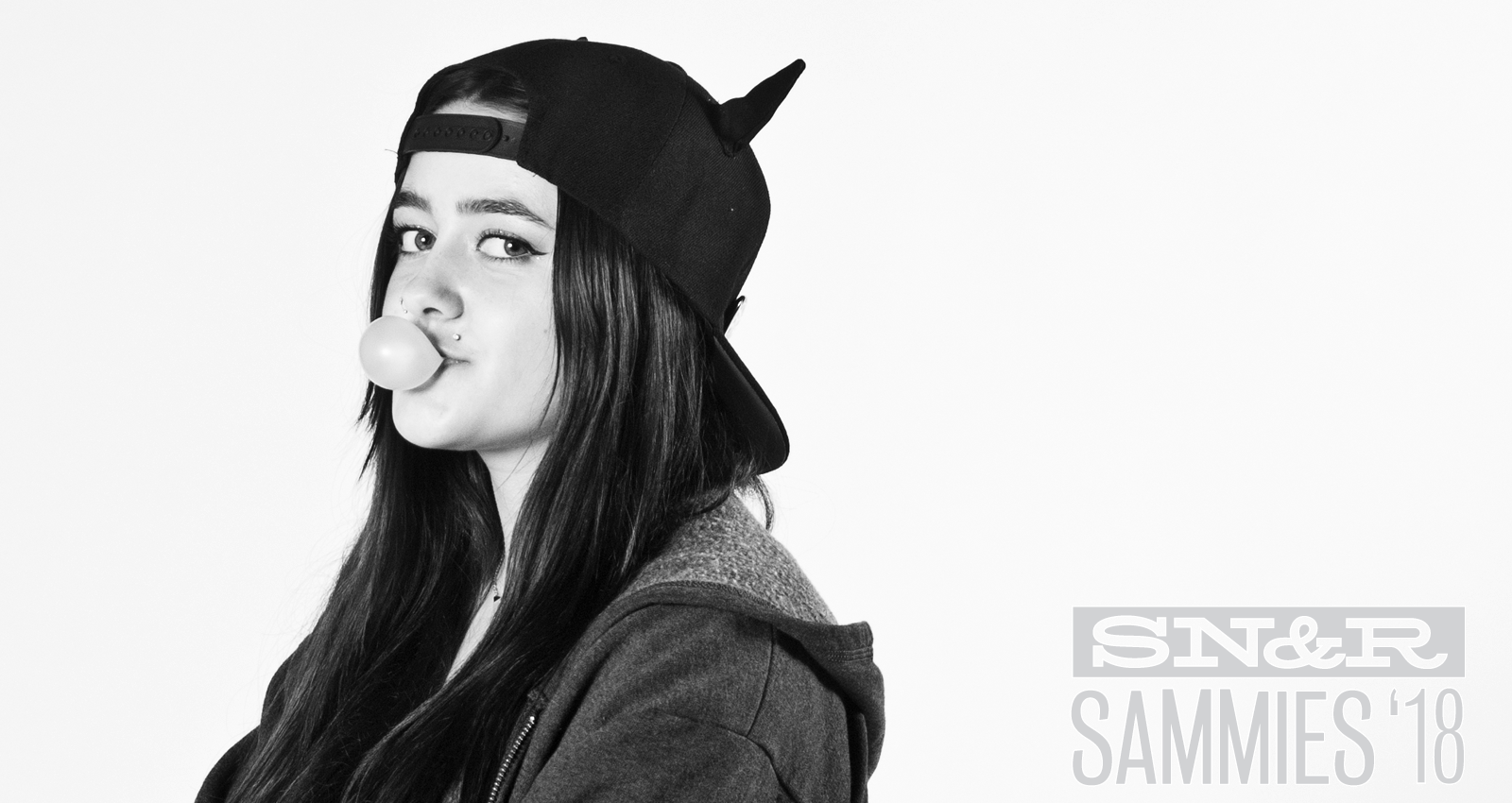 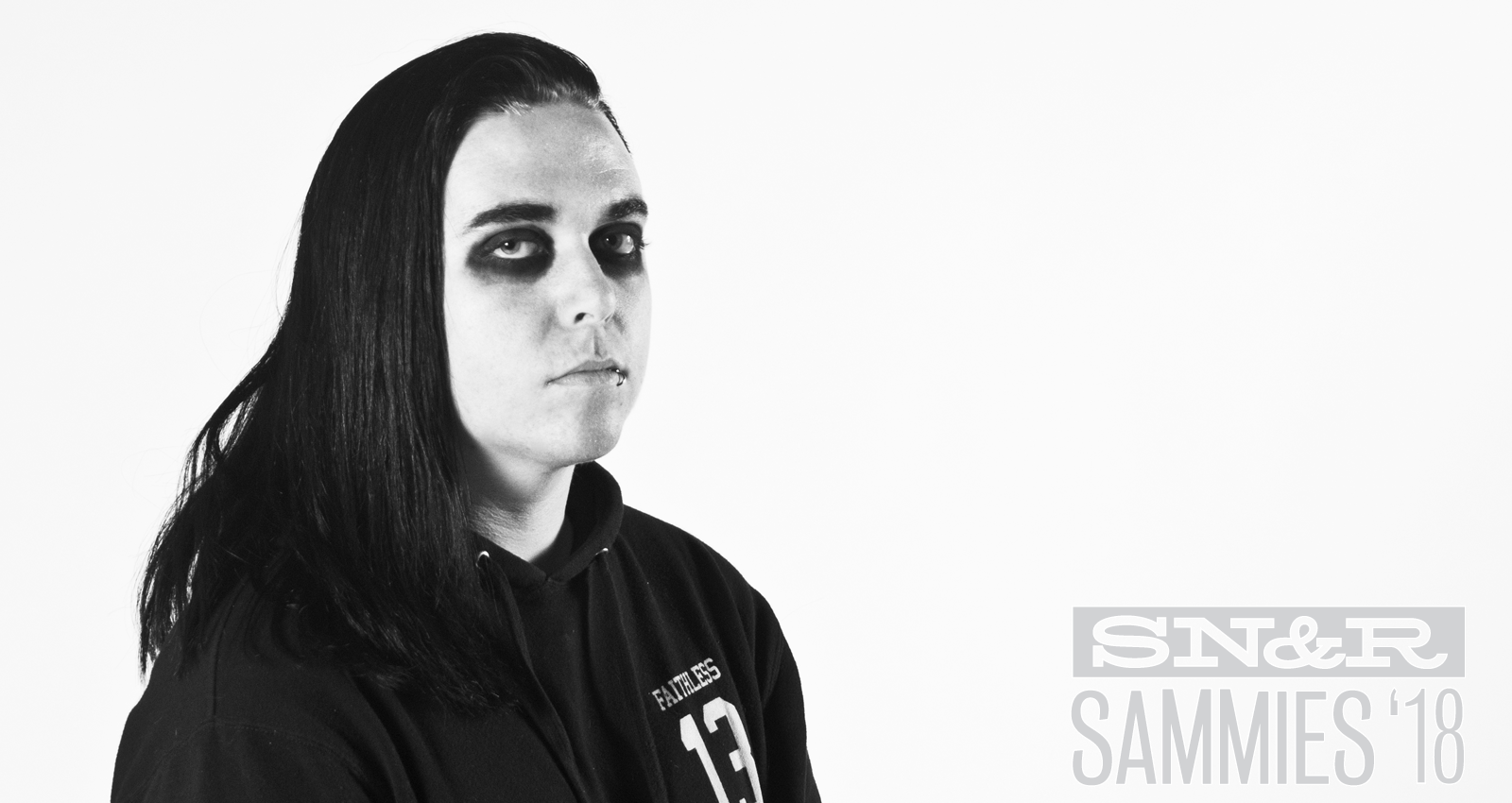 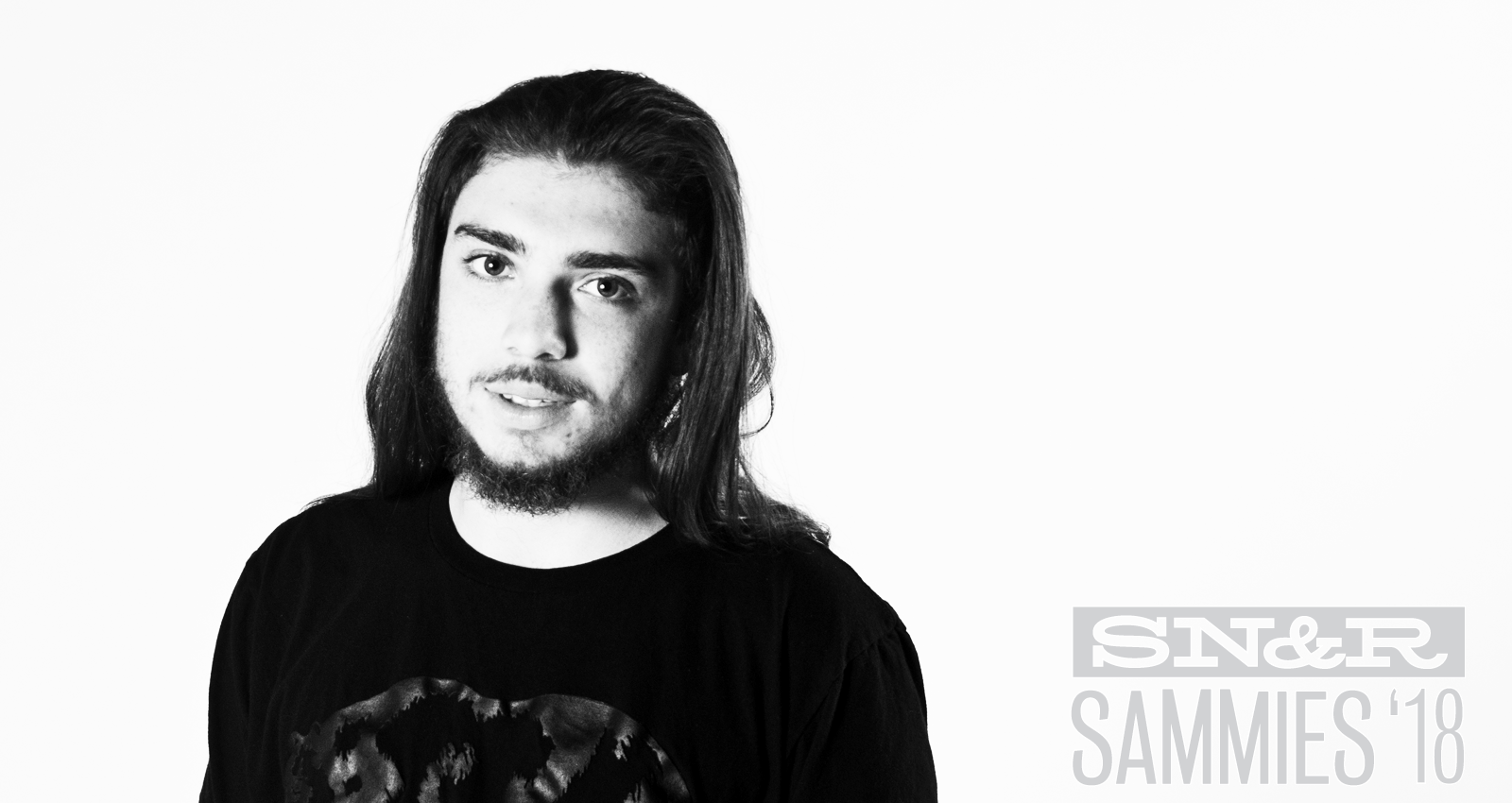 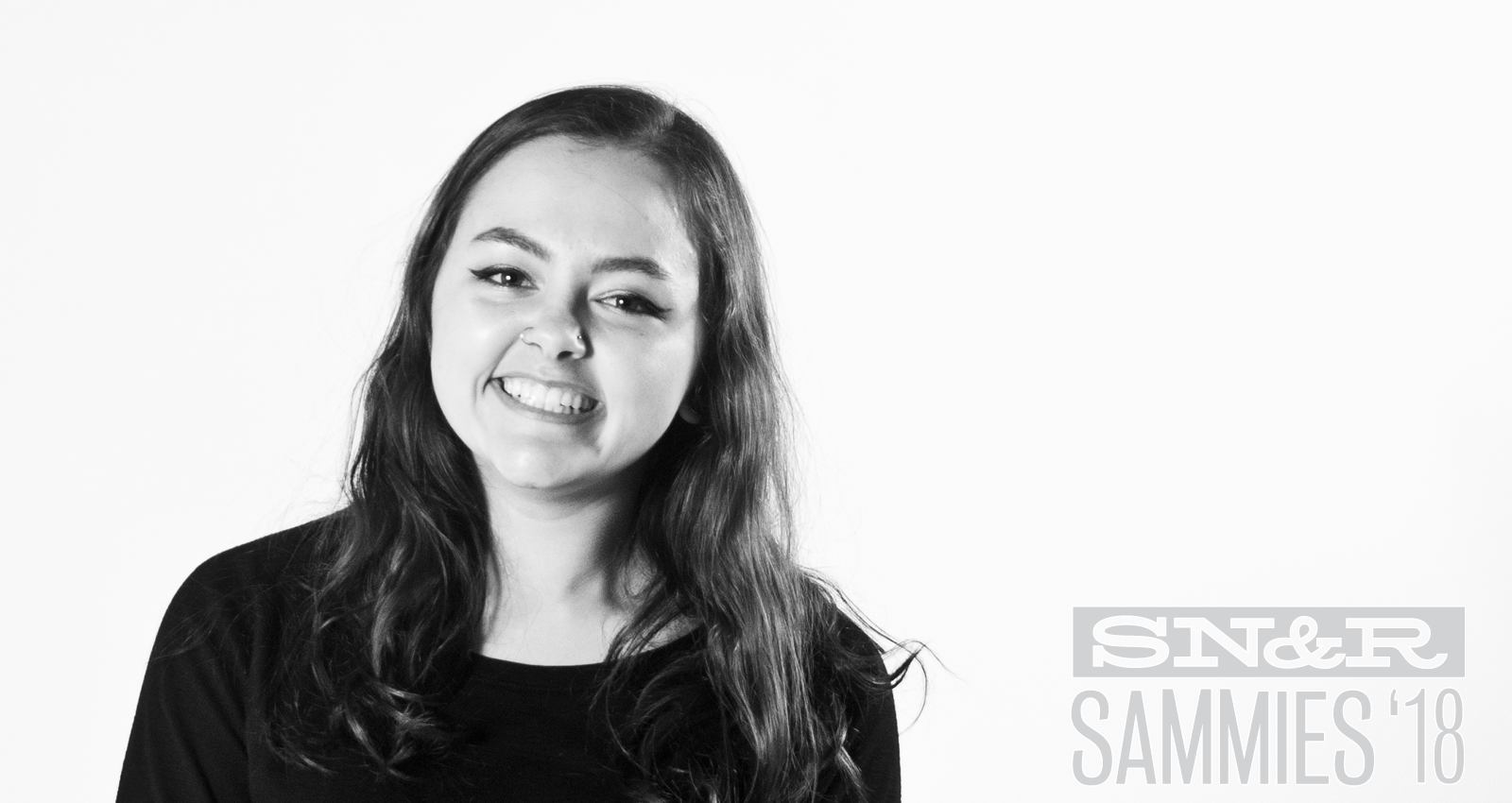 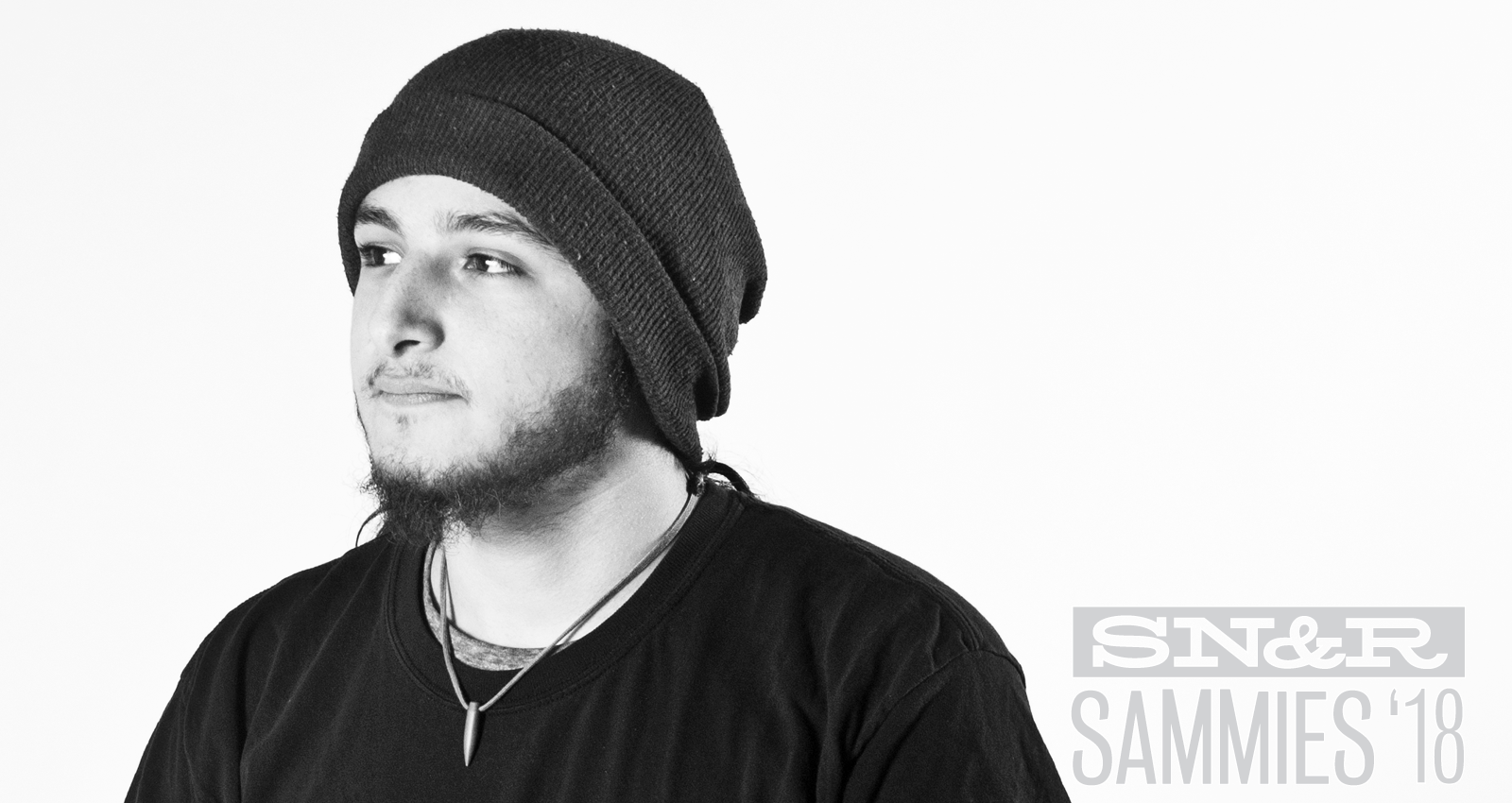 Timmons: As far as instrumentally, we are heavy, fast, aggressive and easy to headbang and mosh to. Lyrically, I think I just sing about my experiences and how I feel, and if nothing else, hopefully some pissed-off kid who gets told every day to "lighten up" and "get better" hears them and knows that it's okay to be pissed off, because the world sucks and has plenty of reasons to give you to be pissed off.

Timmons: Not sure if it's quite the worst one ever, since there have been plenty, but at one of the worst ones recently, I was recovering from 106 degree fever and had been bedridden the last few days beforehand, so I asked the guys if we could cut out our newest song, which is the most difficult for me to sing. Before we even finished the second song, Dru's head on her half-stack blew out, and we had to borrow one from the headliner band. So I basically had to do improv comedy onstage, punctuated by Gerard's bass solos. As far as how I recovered, I gotta give all the credit to Gerard. He pretty much spent the whole night pumping me up and getting me over how crappy I felt. So much so that right before we went on, I said f--ck it and told them that we could put the new song back in the set, and that I was just gonna wing it and do what I could. Ultimately, I was very glad that I did.

Aguilar III: I had a really bad migraine and was having seriously bad anxiety for some reason at our first 21-and-over show in Modesto, and it just made me have a really bad and awkward feeling show.

Lovato: Probably this show I played with my old band, Conceived In Chaos, back in August of 2015. We opened for Spellcaster. I swear to you, one person showed up and paid admission. Performance-wise, we played fine. We still went up and threw down as if there were 100 kids in there. That’s the most important part, is to just have fun up there.

Aguilar III: The Front Bottoms and La Dispute, just because they're so different.

Timmons: I definitely have some Baby Bash and Lil Jon on my phone that I bang on pretty much a daily basis. No regrets. Music is music. People should stop judging it and actually appreciate it for what it is.

Timmons: I think for me, it's exactly because it's so harsh that it drives me forward. I'm a very spiteful person, for better or worse, and it gives me a source of pride knowing that I'm doing something that not everyone wants to do, and not everyone who wants to do it even can do it. It takes a tremendous amount of work ethic from all of us, and I'm very fortunate to have found people like this to share this experience with. I definitely couldn't do it without them.

Lovato: I’ve been playing in the local scene for almost five years now, and every time I am asked that question, I give the same answer. The reason I do this is because from day one, all I’ve wanted is to make music that makes people feel things. Whether that be elation, sadness or that feeling that makes you want to throw a chair across the room. Whatever it is, that’s what I want and what I strive for. Not money or recognition.

Molly Wallace: I guess it just makes me feel good. Like, it makes me feel really good when I get one of the difficult kick patterns down perfectly, or when I see people breaking their ankles or getting hurt in pits because they enjoy our music. Like, I helped create that music, and it makes me proud that it can impact people both physically and emotionally.

Molly Wallace: "You Really Got Me" by The Kinks.

Dru Wallace: "Here Comes the Sun" by The Beatles.

Aguilar III: "In The End" by Black Veil Brides.

Lovato: The first song I learned was "Smoke on the Water" by Deep Purple, like so many other guitarists before me.

Timmons: AC/DC. They were the band that introduced me to rock music and heavy music, overall.

Molly Wallace: Either "Date Rape" by Sublime or "Killing in the Name" by Rage Against the Machine.

Timmons: There are entire discographies I could answer this question with. Probably Antichrist Superstar by Marilyn Manson, but the whole decade is just filled with above-stellar albums.

Timmons: HellHeart. I mean I have a tattoo of their logo on my arm, so I pretty much have to say them otherwise I'm a poser.