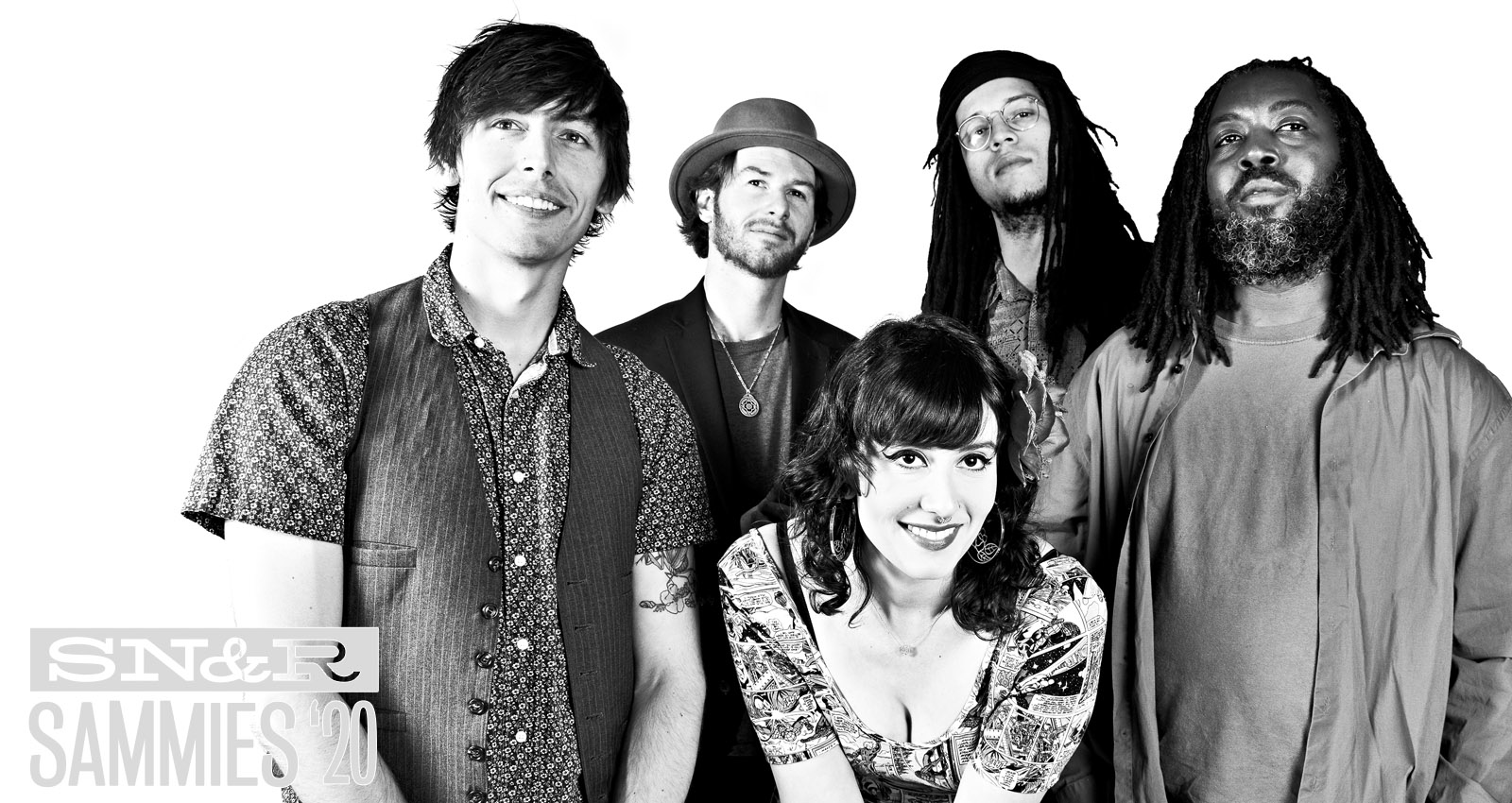 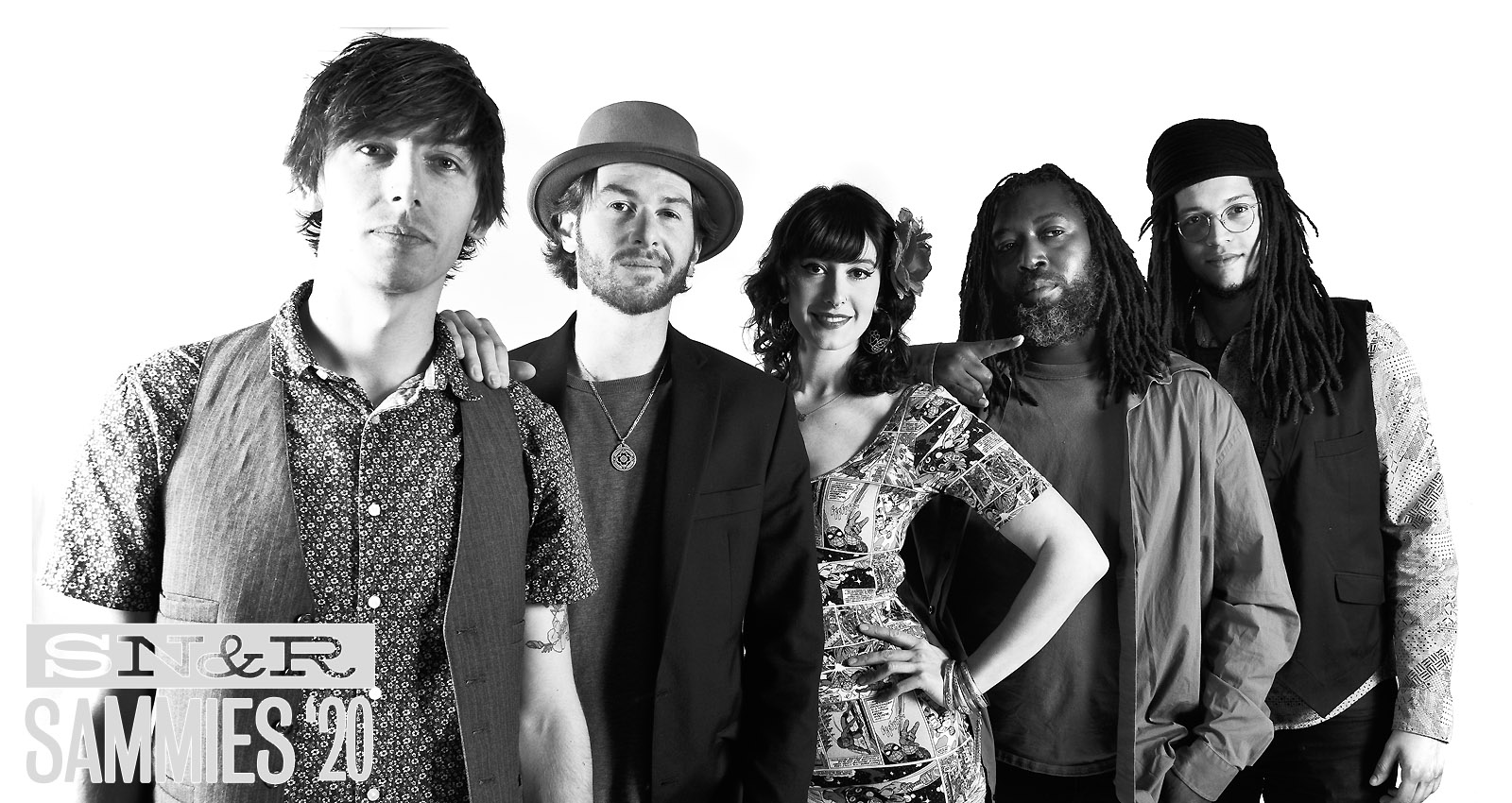 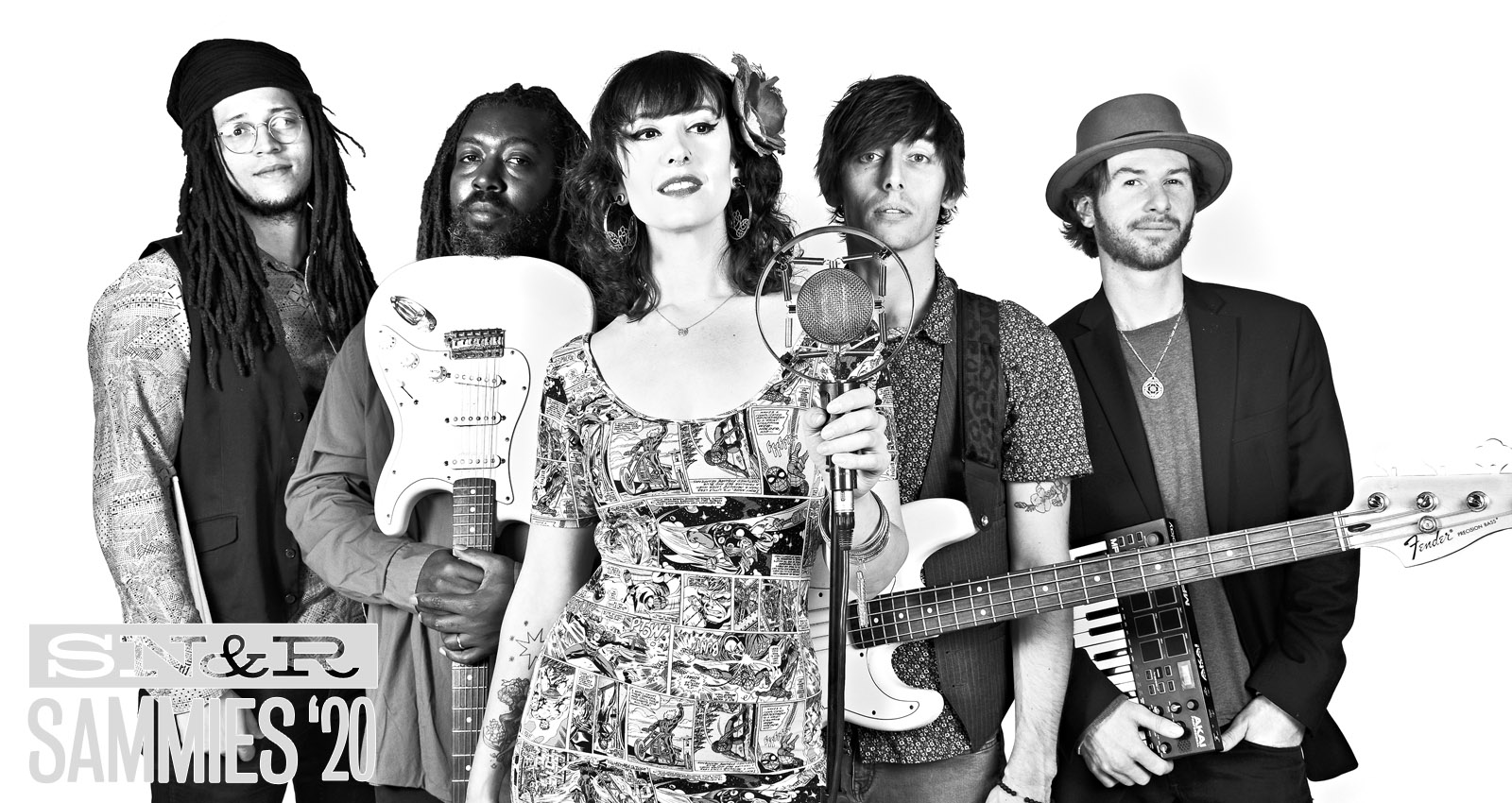 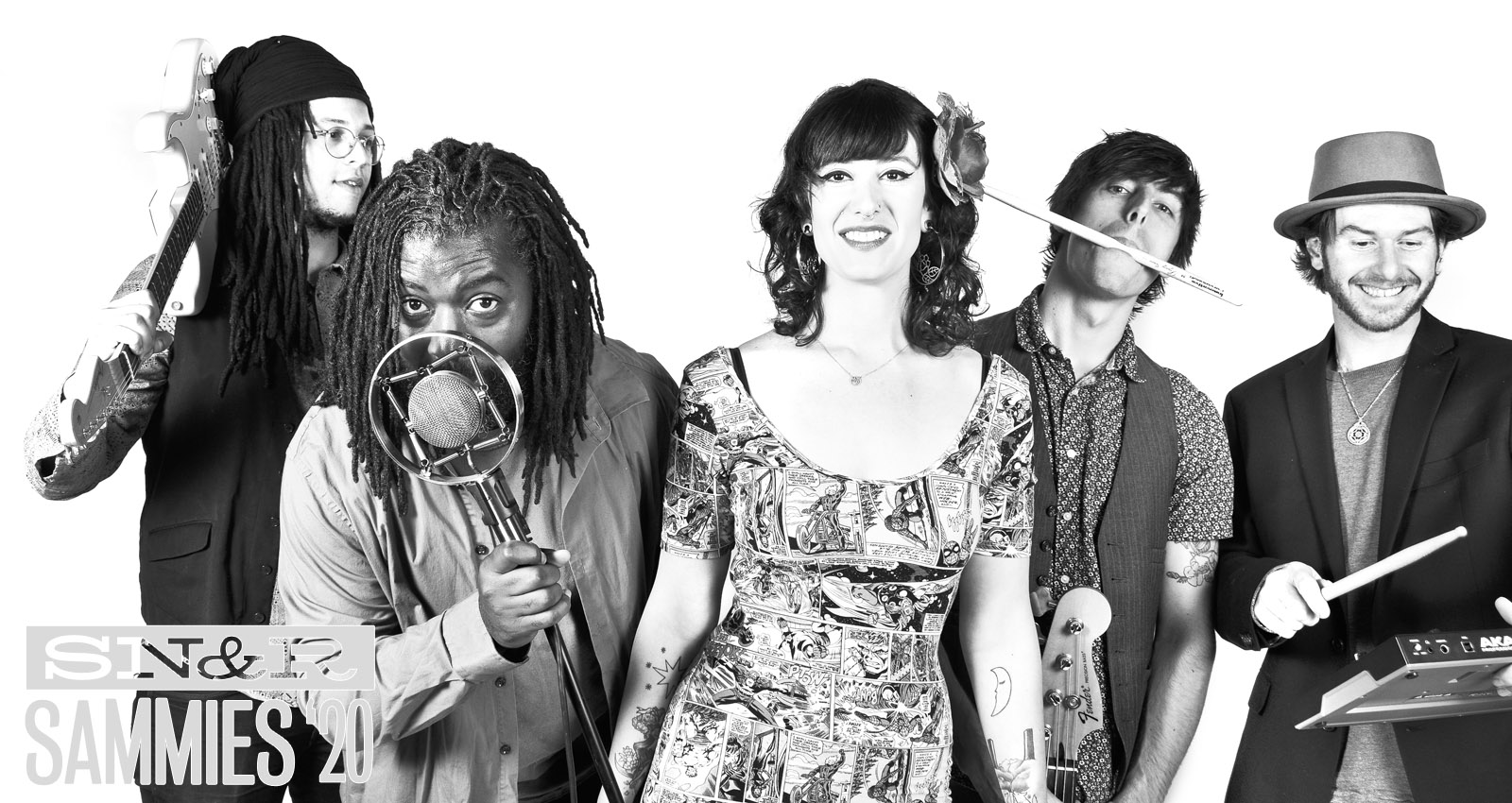 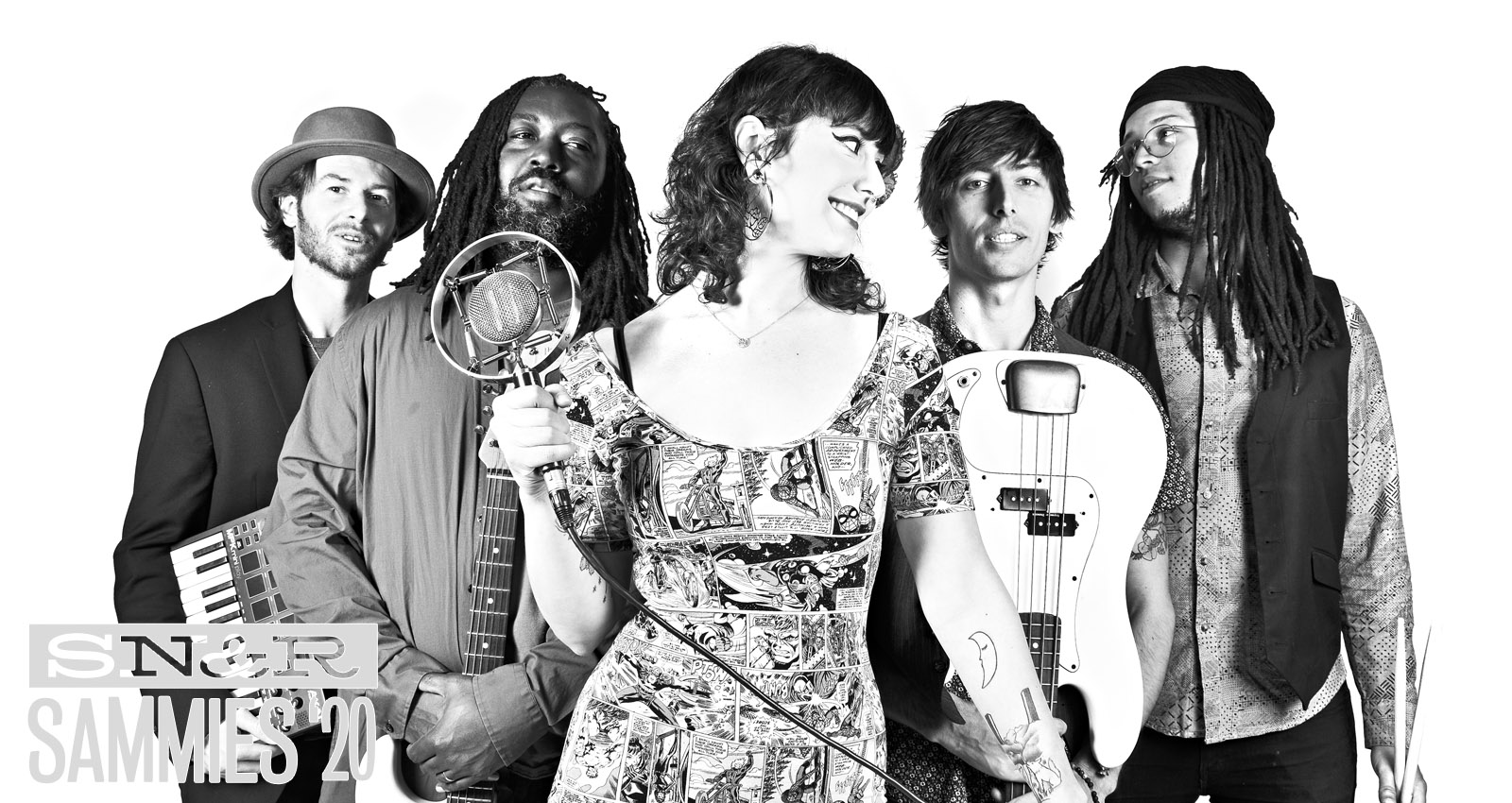 Billy: I love "The Wind Cries Mary" by Jimi Hendrix, one of the best joints ever written.

Alex: I think it’s “Going On” by Gnarls Barkley.

As a child growing up, music surrounds us. What type of music did you hear the most back then?

Juniper: Both of my parents are bluegrass musicians, so that was the music I heard the most growing up. I went on tour with my parents as a baby, taking my first steps in England, eating my first solid food at a festival in Kansas, and I traveled all over Western Europe and North America before I was 4, just totally immersed in bluegrass. I heard Whitney Houston in a dance class when I was 7 and from there I was totally hooked on soul and R&B. My mom is a strong singer, and my grandmother before her, so I always listen for the strong female vocals—I love that in every genre there is—that was true when I was a kid, and it's still true today. I don't care what the genre is, if the singing is great then I'll probably love it.

Jace: My mom played mostly R&B like Diana Ross and The Supremes, the Temptations, Al Green, Ray Charles, Stevie Wonder. I heard a lot of Latin jazz and older jazz and blues standards like Billie Holiday at my grandmothers house and various Jazz-fusion greats like Herbie Hancock, Billy Cobham and Grover Washington Jr. through my dad. In middle school, I listened almost exclusively to Rage Against the Machine, Audio Slave, Jimi Hendrix, and Led Zeppelin, but then I started doing my best to listen to any and everything and I’m still that way.

Billy: My folks raised me on a healthy diet of funk and reggae. These days, I listen to huge variety of stuff, afrobeat, Latin jazz, swing, hip-hop and whatever else appeals.

Alex: My folks played a lot of classic rock. There was some Beatles and Santana worked in there, but I was really into The Doors. High school was a lot of hip-hop and EDM. These days, it’s all over the place. A lot of funk, jazz, pop, hip-hop, pretty much anything that catches my ear. Oh, and of course, lo-fi hip-hop radio—beats to relax/study to.

If you could be any character from history, who would it be?

Jace: Self empowerment and intersectional feminism.

Juniper: We've had so many awesome gigs in Sacramento, our home base has been good to us. Last year, we had a show for International Women's Day and it also coincided with my birthday, and was a fundraiser for WEAVE. That was an amazing night. Also, our EP release party at Shady Lady in the spring of 2017 was a really memorable one, everyone came out to wish us well for our first time on the road. I had strep throat! But thankfully, I had medicine and it went away by the morning when we left for our tour.

Alex: I think it was the Old Ironsides gig when we got back from our New Orleans tour. It was a beautiful thing to be on the road for so long and coming home to a packed house.

Billy: A marine biologist or an inventor.

Billy: I don’t really remember, but the first notably challenging song I learned was "Toxicity" from SOD.

Juniper: This is a funny question for singers because of course I sang all my life and can't remember the first song I ever learned, but my mom says on tour in Europe when I was 3 I sang "You Are My Sunshine" into the guitar mic at the end of the show somewhat regularly. I didn't perform much after that until I sang the jazz standard "Lullaby Of Birdland" in a school show when I was in sixth grade.

Alex: I think outside of the "Hot Cross Buns" or "Mary Had a Little Lamb" early instrument training it was … "Come Away With Me"? Yeah, I was accompanying a singer for something and she wanted to play Norah Jones.

Darius: James Taylor. One of my faves.

Juniper: Our new single "Got It" is coming out this spring! More touring around the West Coast later this year, plus more music videos and singles, and eventually our new album.

Alex: I think it’s looking out and seeing people enjoying themselves. They can leave their work problems, or relationship issues, whatever it may be at the door and can just enjoy themselves. That opportunity to create positive spaces for people > everything.

Billy: "Coffee and TV" from Blur.

Alex: "No Diggity" by Blackstreet.

When did you play your first gig in Sac?

Billy: Probably some college performance at Sac State, 2013 or so.

Juniper: At Shady Lady in 2016 with a former project. At that time getting a gig at Shady Lady was a dream come true! I was incredibly happy.

Alex: The band I was in during high school played some event at a hair salon that doesn’t exist anymore…probably 2007?

Alex: Humans have been out of their league since we started sharpening sticks and f*****g with lions.