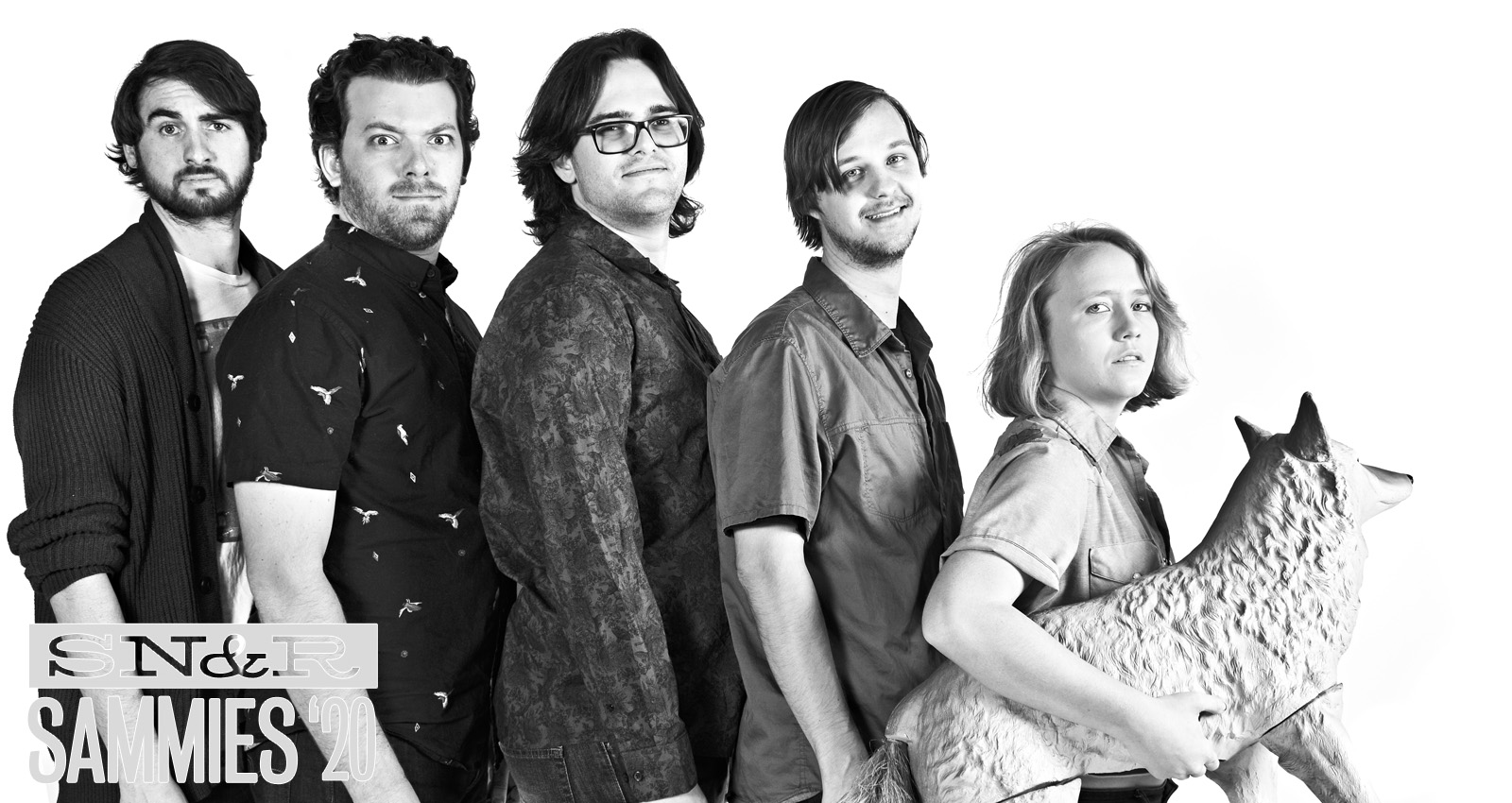 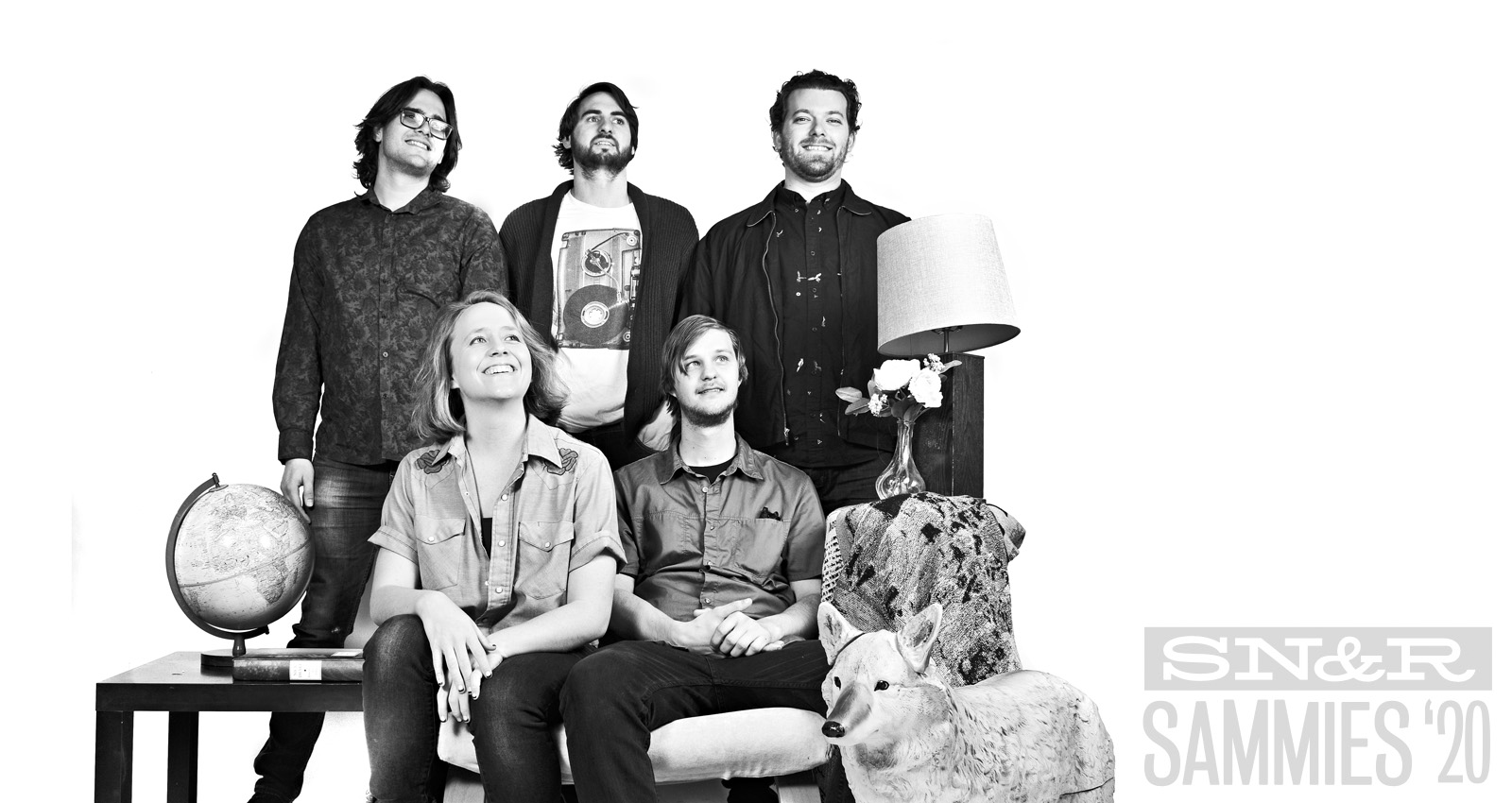 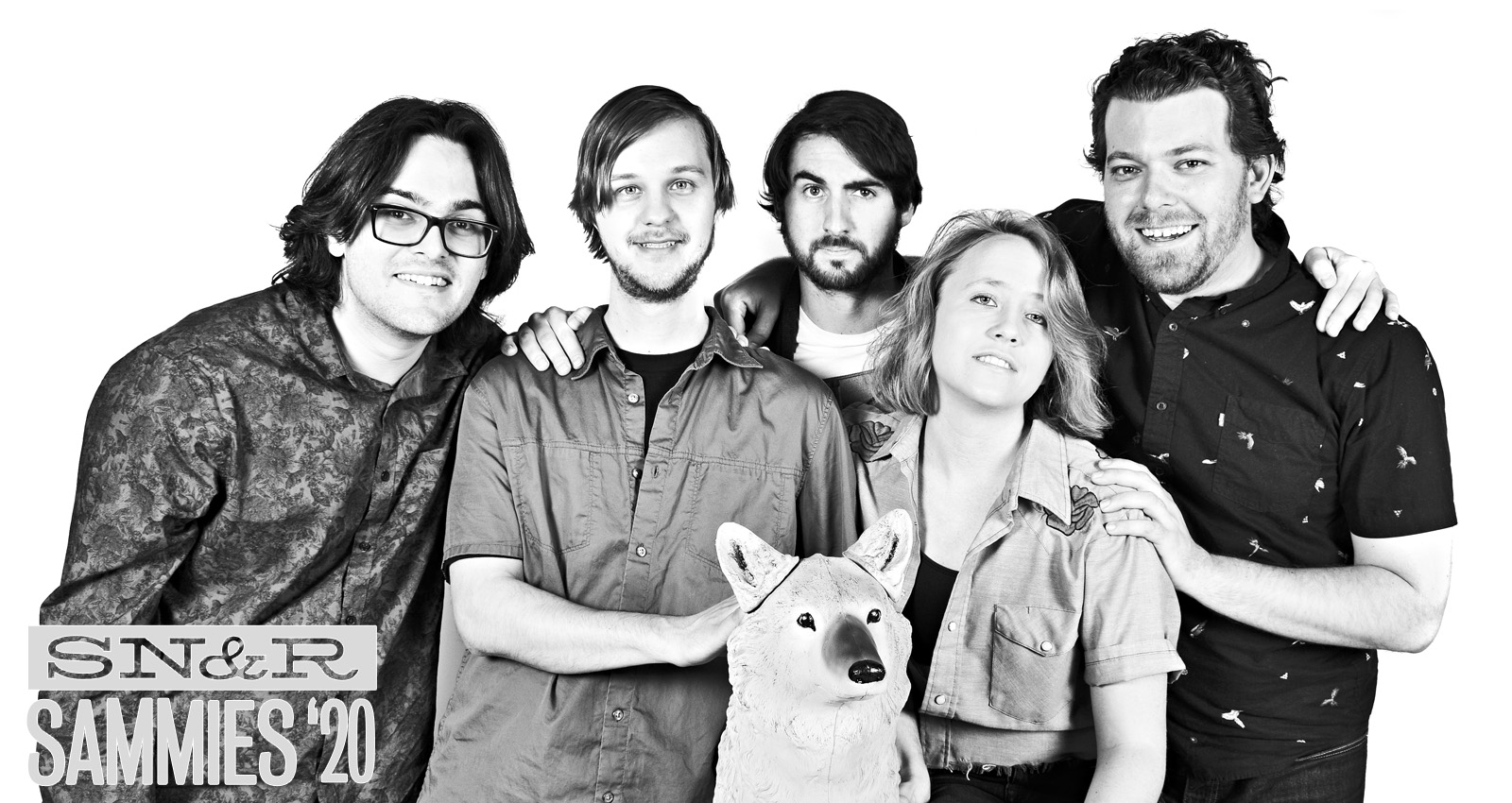 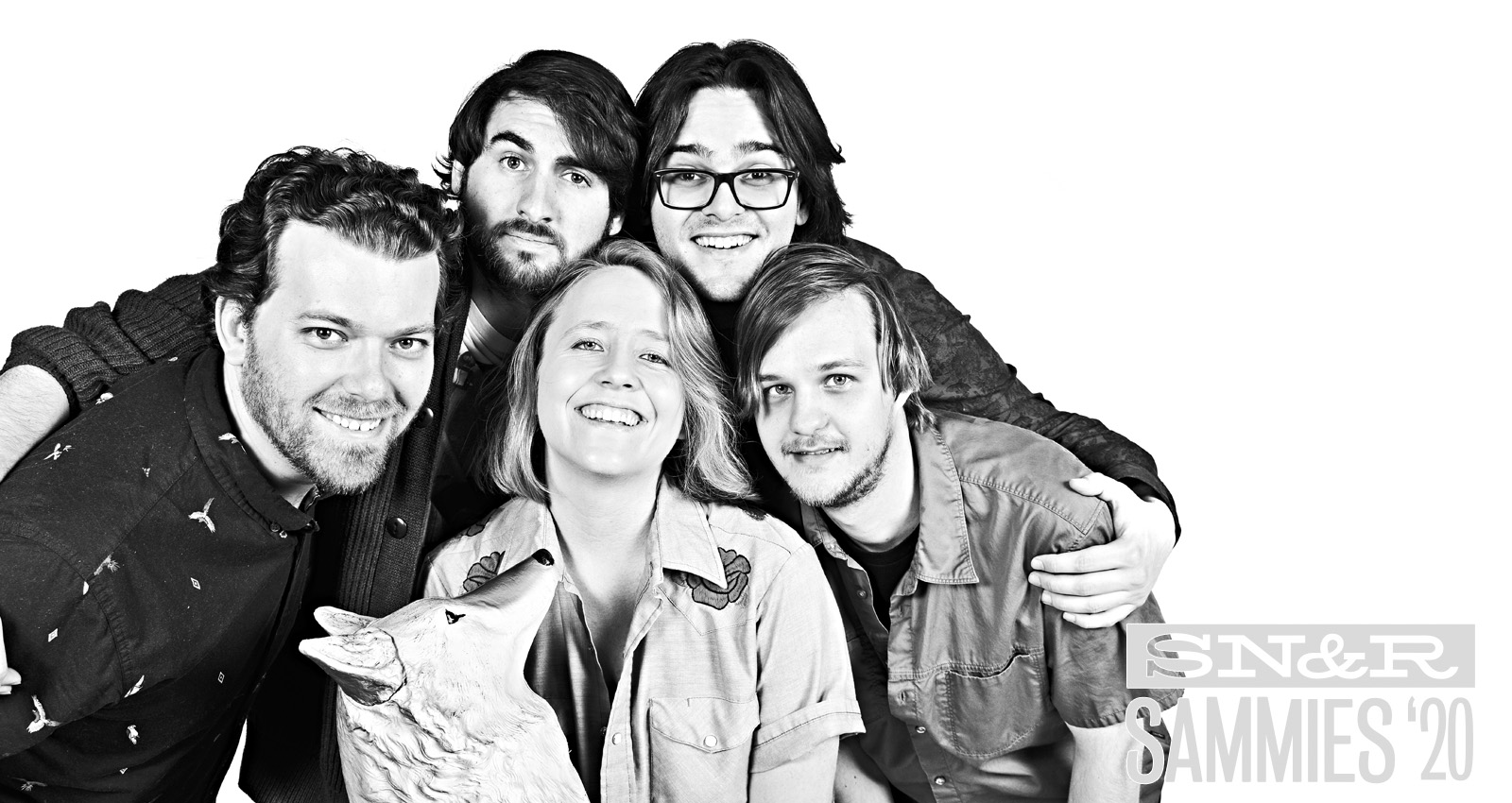 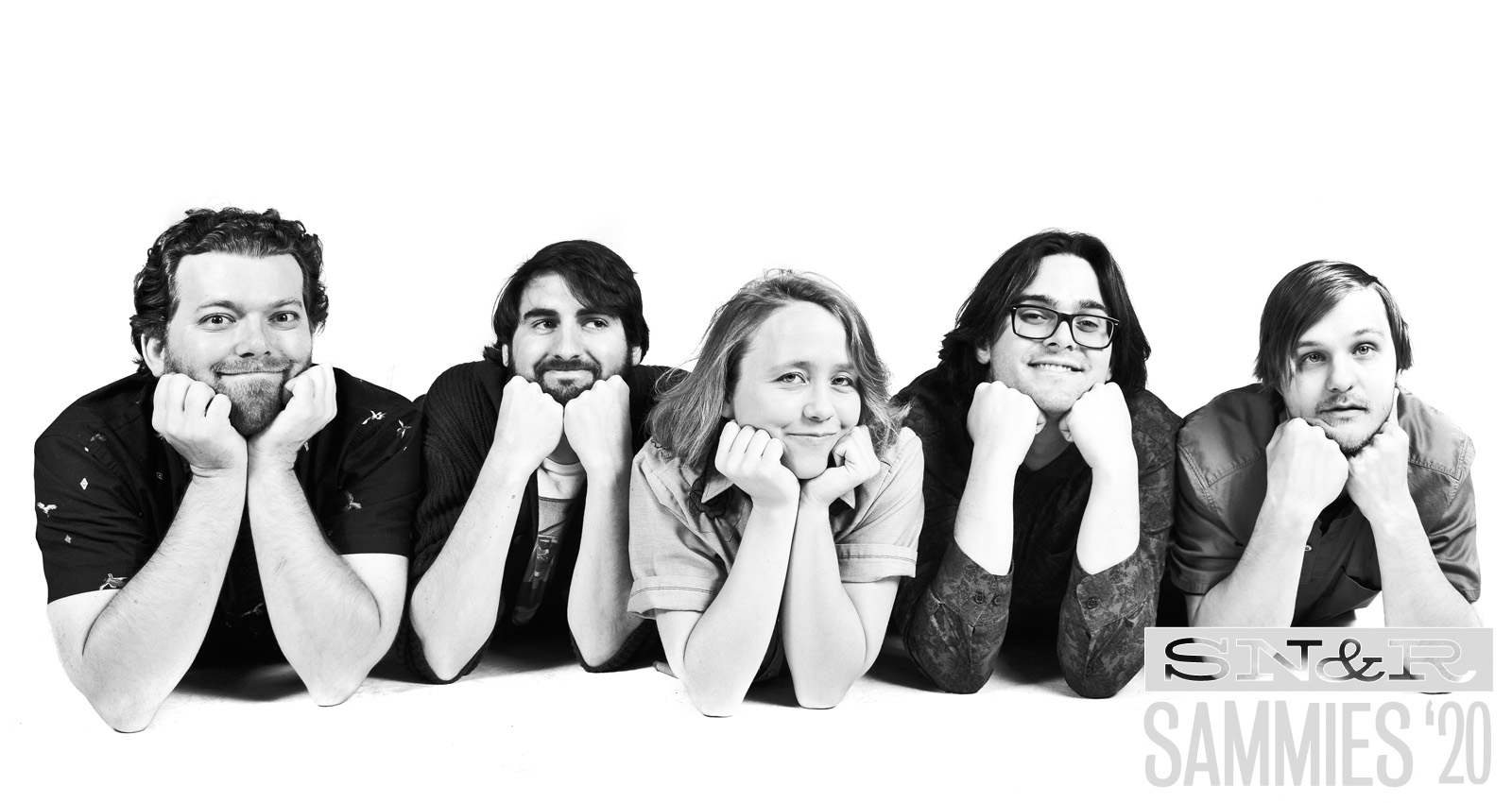 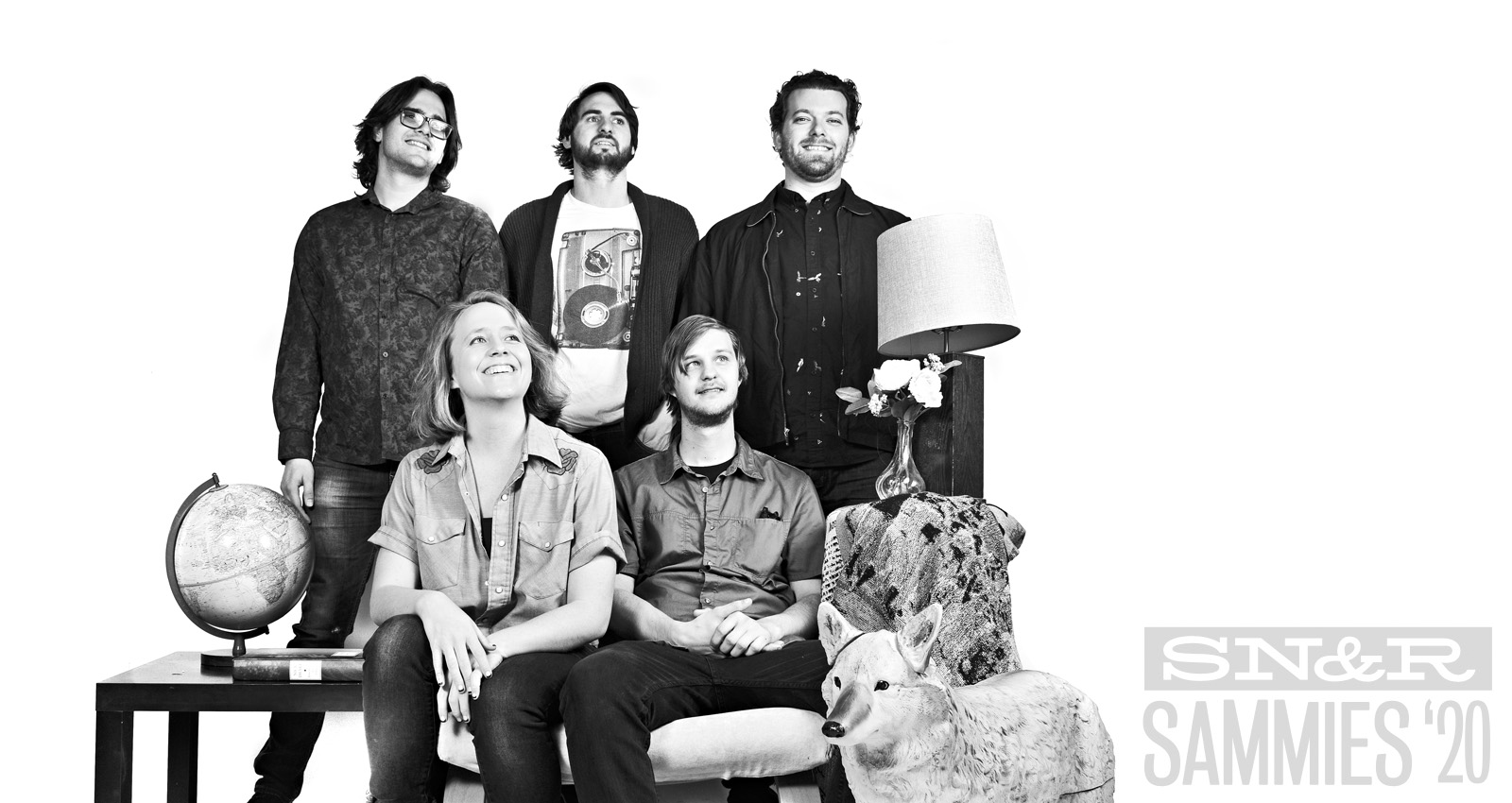 Coyotes are solitary creatures: They often scavenge alone, and they mark their territory with urine. But when they share a common goal, say hunting deer, they’ll team up in a sort of “coyote supergroup"—kind of like The Traveling Wilburys, minus Roy Orbison.

The combined solo acts bring different fire to the table.

“We’re alike enough where we can gel,” Carter says, “and then we’re diverse enough, as far as musical backgrounds, that we can come up with something interesting.”

The band has a diverse geographic background, as well; everyone except Schotter recently moved to Sacramento. Henson’s from Wisconsin, Durst from Texas, Morkert is an Arizonian and Carter is a Virginian. They’ve only known each other for about a year, have been in the band for most of that time and now three of them are living together below a daycare.

We’re alike enough where we can gel, and then we’re diverse enough, as far as musical backgrounds, that we can come up with something interesting.

“Every morning I’m woken up by children running around,” says Durst, who lives with Carter and Schotter. The band used to practice in the living room until the daycare complained—so it rented a rehearsal space away from delicate ears.

The band’s there a couple times a week, getting songs ready. They’ll play the Raley Field Brewfest in May, and they’re preparing nearly five hours of material.

Unlike actual coyotes, Band of Coyotes have opposable thumbs—ones they use to great effect in their music. The tunes are jammy and versatile, like a Swiss army knife in a jar of raspberry preserves or Dwayne “The Rock” Johnson in sleepwear. They’re electric and kinetic, vocally powerful and clean. What drives it all?

“At the end of the day, we’re all passionate about music; this is what we do in our free time,” says Morkert.

“We’re serious about making a very good, quality product,” Henson says. Schotter agrees: “I mean, when you’re in a band, that’s kind of one of the things you have to do, is make good music.”

Their product is 97.4 percent pure, a collaboration between talented songwriters and musicians, keeping it fun and creating.

As Carter was getting ready to take to the drums, he started to take off his pants. “I promise I have another pair of pants on,” he said. He did.

“We all got two sets of pants on,” Schotter joked. “It’s a band thing.”

Perhaps that’s where the magic of Band of Coyotes comes from—the extra pair of pants.

"Kissed by a Rose" by Seal, "The Winner Takes It All" by ABBA.

As a child growing up, music surrounds us. What type of music did you hear the most back then?

Growing up, we listened to Rolling Stones, that “She Thinks My Tractors Sexy” song, System of a Down, music from Thomas the Tank Engine and Relient K. Nothing’s changed.

Can you describe a moment in your career, where you felt like you truly reached somebody or made a difference?

We’re planning a benefit show in memory of Sam’s friend Emily, who passed away this month. There’s 10 bands that jumped on board within the day, so it’s really cool to see the Sacramento rock family selflessly coming all together.

Describe your show visually and musically.

"Great things are done by a series of small things brought together." - Vincent Van Gogh

How did it first start?

How do you describe your interviews to people?

Sam telling stories about her exes over and over again. And Graham makes a poop joke.

How do you feel about musical award competitions?

We all share the same stage here—music shouldn’t be a competition, we’re all in this together.

Sloth. Or a bird, so we could fly away.

If your band was a movie, what movie would it be?

Chords in every song.

We’re eating wings right now, and graham has a block of cheese in his hand.

Mason: You guys might not know this, but I consider myself a bit of a loner. I tend to think of myself as a one-man band of Coyotes. But when I brought Steven home, I knew he was one of my own. And my band ... it grew by one. So there ... there were two of us in the band ... I was alone first in the band, and then Steven joined in later. And six months ago, when Steven introduced me to you guys, I thought, "Wait a second, could it be?" And now I know for sure, I just added three more to my band of Coyotes. Five of us coyotes, running around the desert together, looking for strippers and cocaine.

Tell us about this creative project. What is it?

What are your musical goals?

First headliner on Mars. @ us, Elon.

We’re not embarrassed to love anyone, except sometimes John Stamos.

Tame Impala, and Sam sometimes pretends she’s Ella Fitzgerald. Whatever resonates with that sweet, sweet porcelain. Everything is better in the bathroom.

What drives you to keep interviewing even though the music industry can be so harsh?

Patience. Vodka. The thrill of the arts. And narcissism.

What message do you hope to give with your music?

Always wipe front to back.

What question would you like to ask your fellow bandmates?

Where are the bodies hidden?

What's a big media inspiration that would most surprise your fans?

Scientifically speaking, a pack of coyotes is called a band.

What's the worst part of this experience?

The reality that we all owe someone money right now.

"Cannonball" by The Breeder. "Kissed by a Rose" by Seal.

All of our homies!

When did you play your first gig in Sac?

Where do you see yourself in ten years?

Mars at our headliner!

We met a guy who used to date Joni Mitchell.

Who is your secret star crush?

You're given a magic wand. What do you do with it?