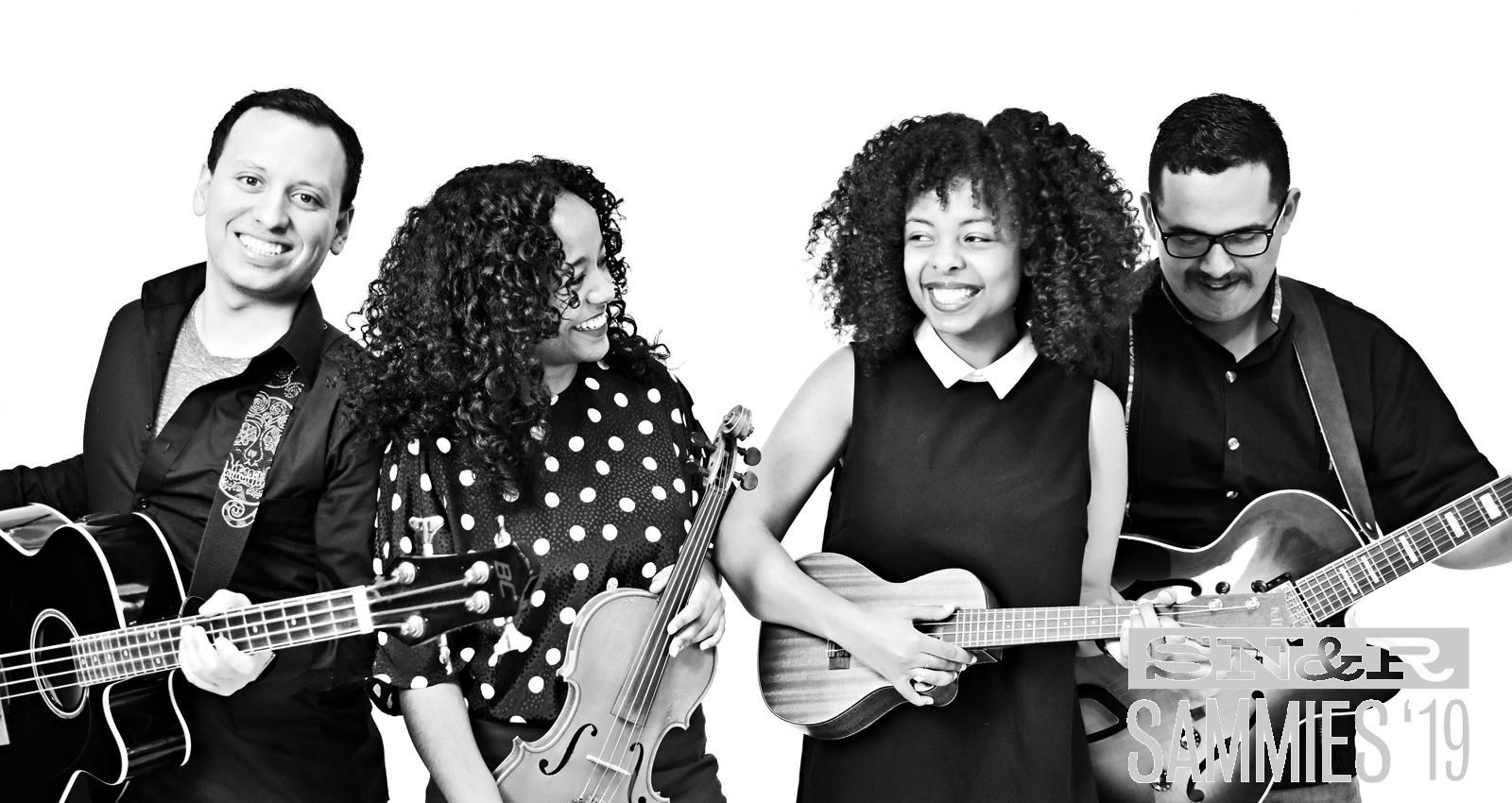 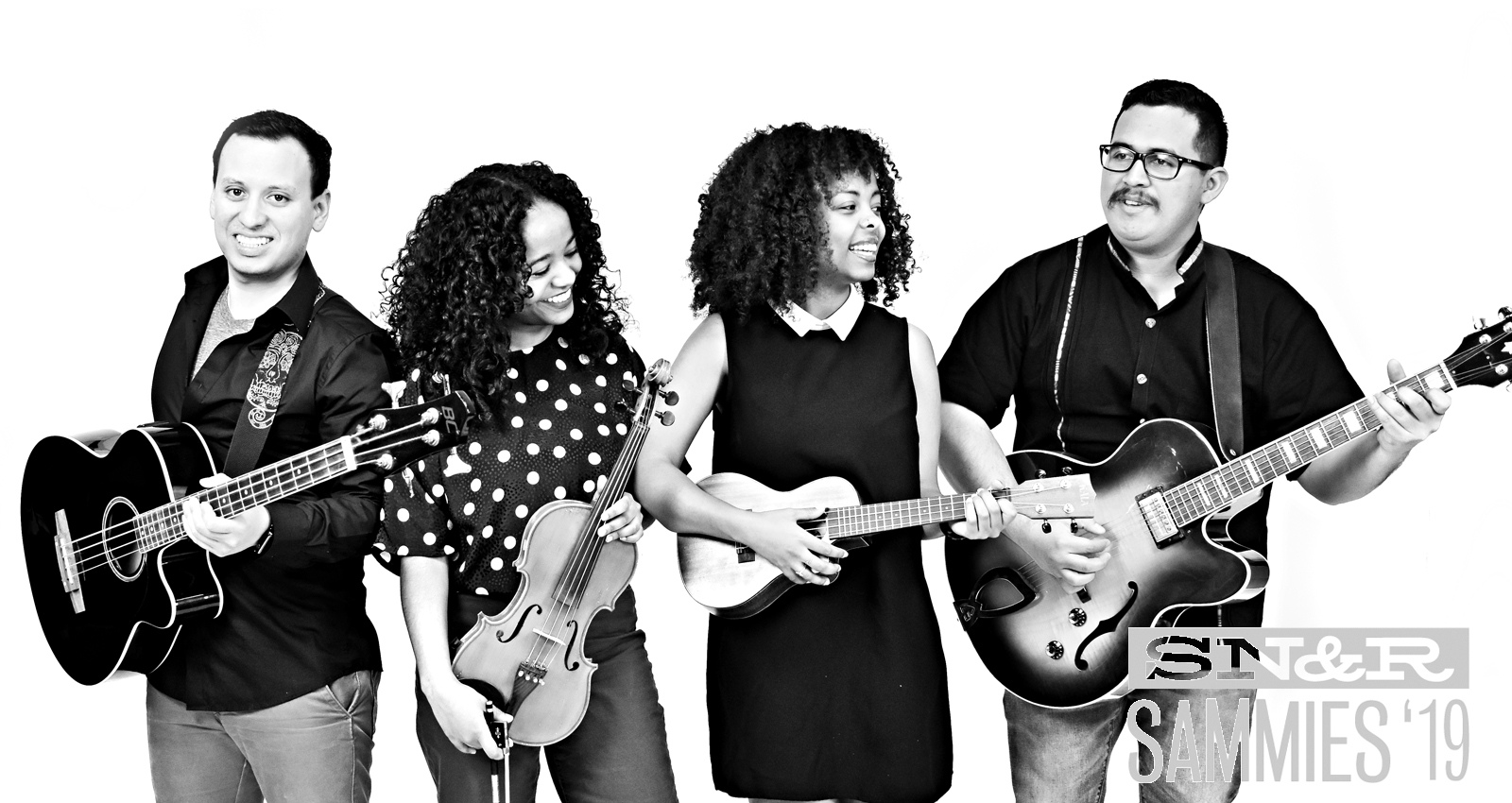 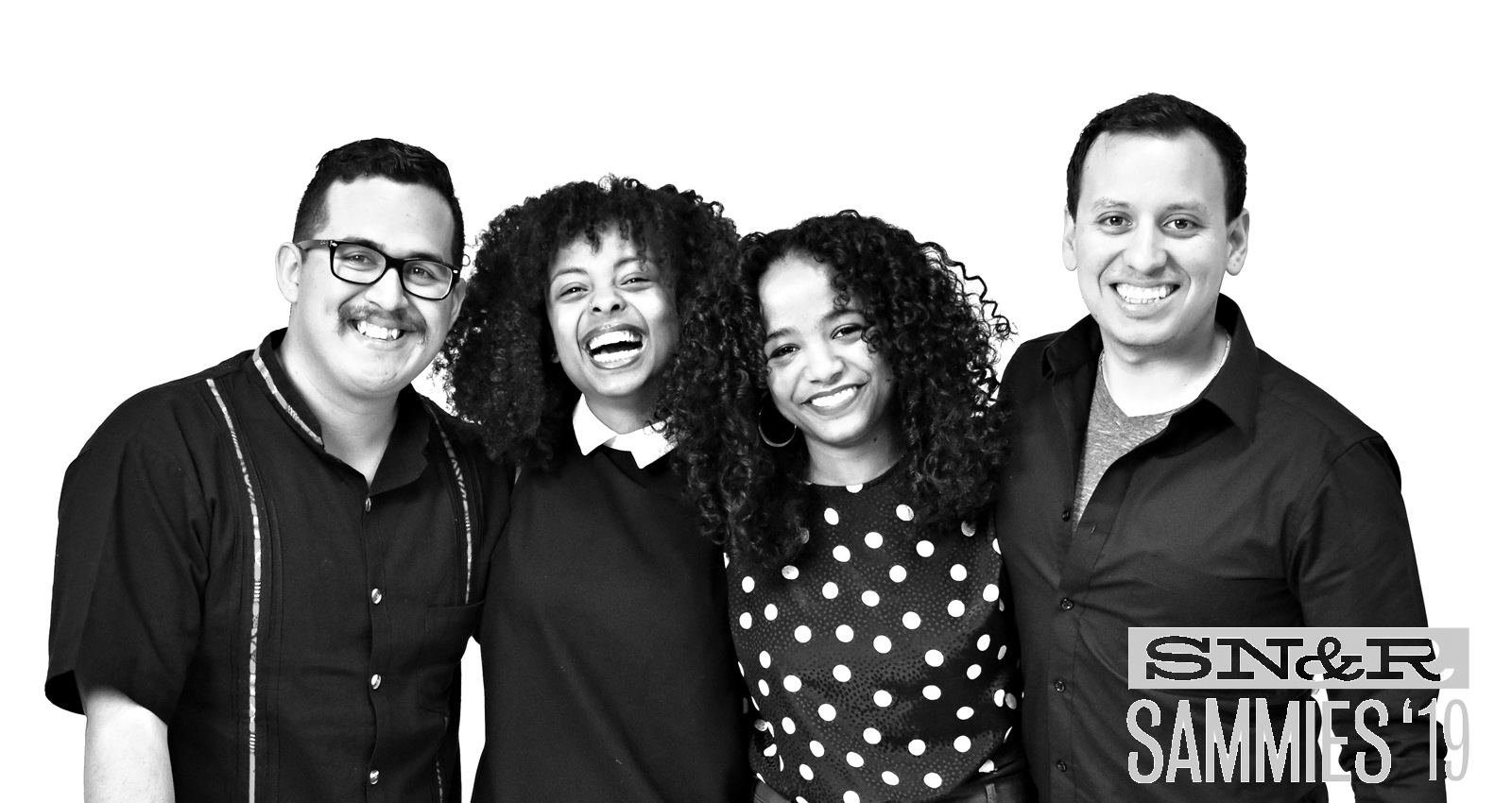 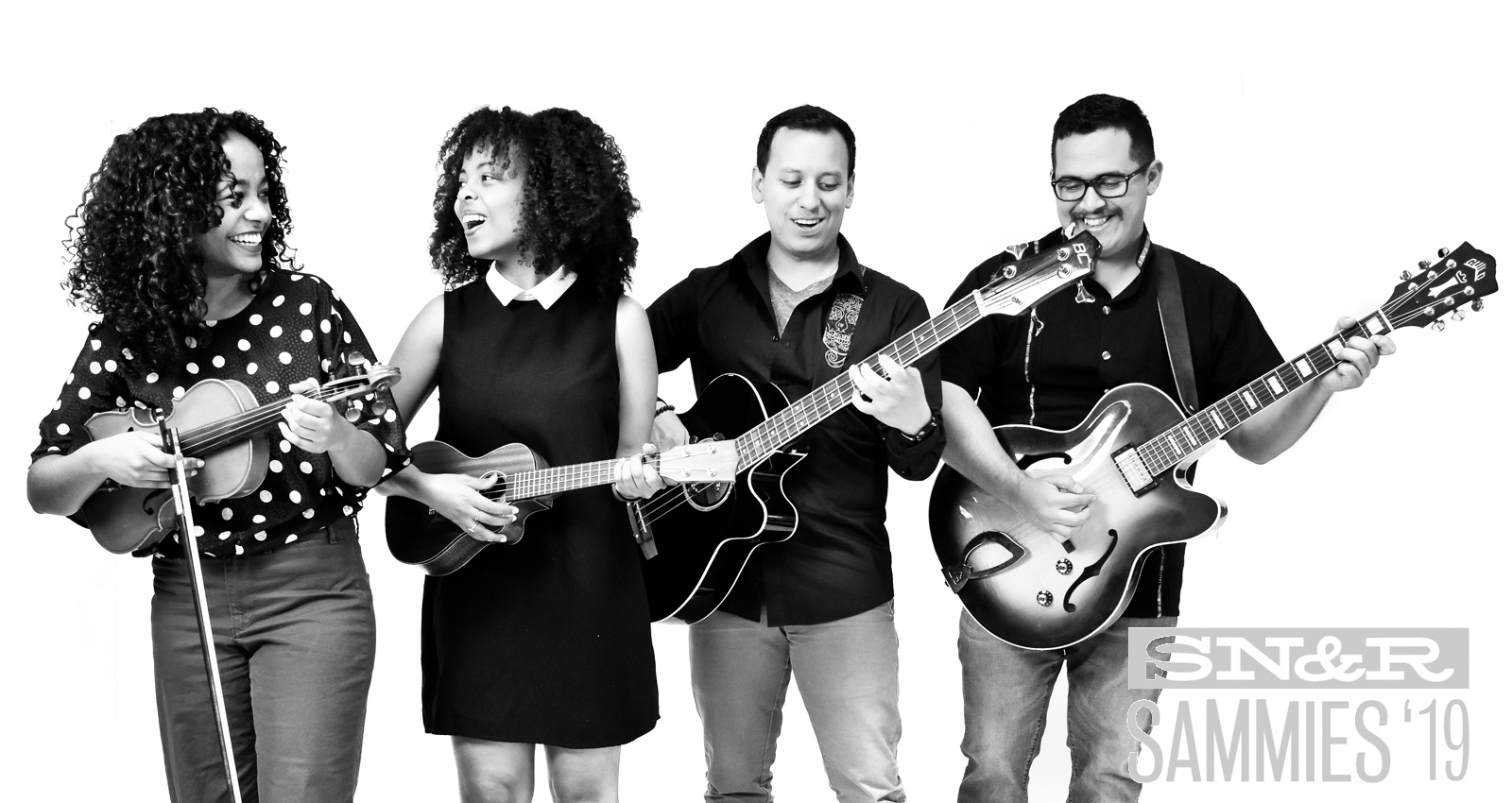 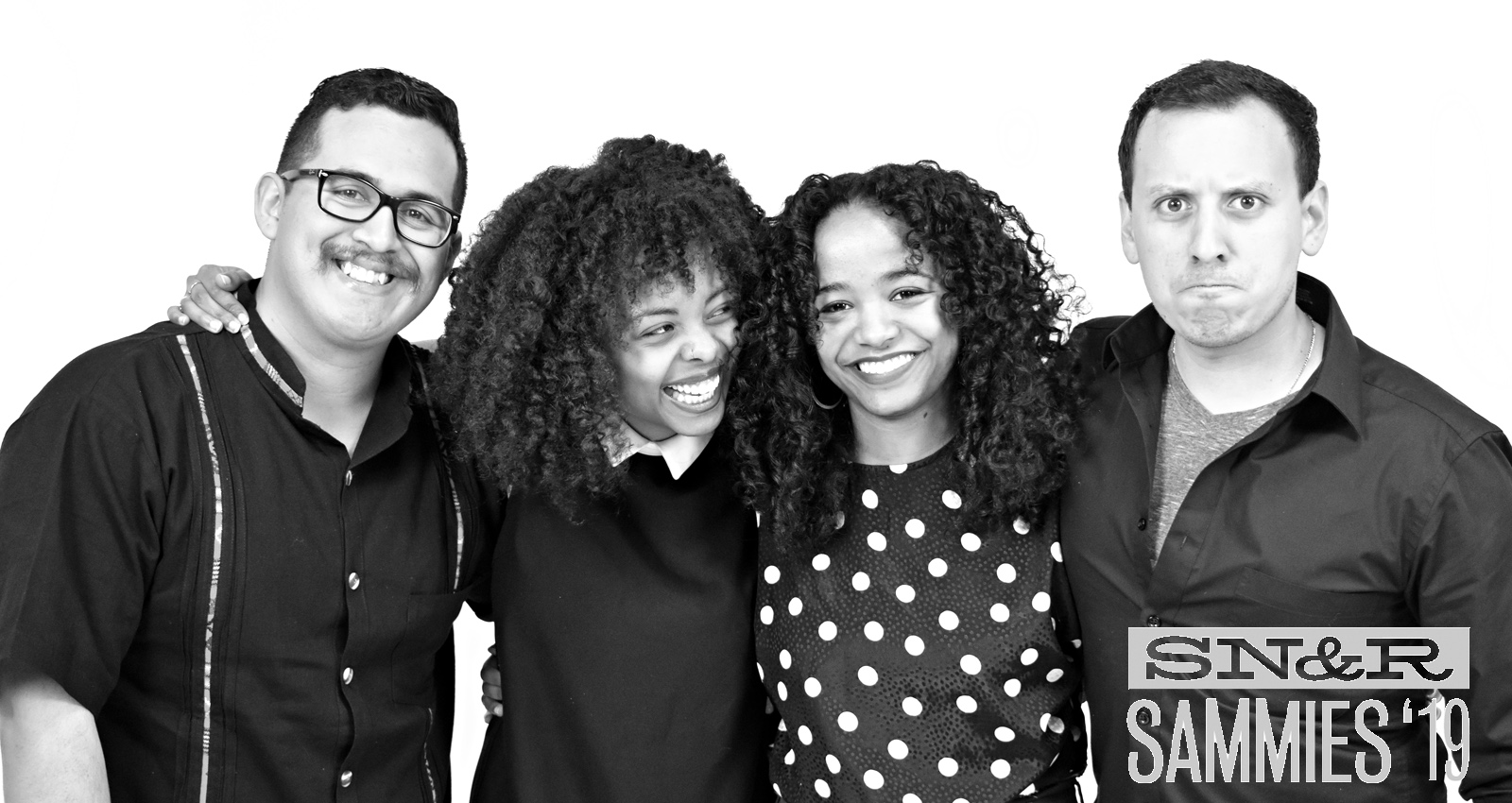 During the summer of 2016, Beti Girma performed at an open-mic night at the R Street Warehouse Artist Lofts, strumming a ukulele. She sang an original song, “Always Mine.” It was the first time she’d ever performed alone, with no idea what the moment would ultimately bring.

She Instagrammed that performance. Her friend Jesse Rodriguez saw it and he suggested they jam.

“I thought she had a beautiful voice and touching lyrics,” Rodriguez said.

After a few sessions, they formed the folk/indie rock band Cloud Hats, nominated for SAMMIES in the Folk/Bluegrass and New Artist categories.

Initially, Nardos was hesitant to join. The sisters were born in Ethiopia and started playing violin in fourth grade. They moved to Davis in 1999 and performed in school orchestras while growing up, but they’d never sung together. Now, Nardos plays violin and sings backup vocals for the band, while Beti sings and plays ukulele and violin.

Beti and Nardos say they maintain a strong connection to Ethiopia, and hope to incorporate more of all of their cultures in their music.

Cruz, on guitars and vocals, said that’s key to their sound. “Culturally, any music we listen to growing up has influenced us as musicians,” Cruz said.

When I’m in the mood of writing or when we’re jamming, I take a break from the world and enter another space.

The band name was inspired by Juan Felipe Herrera after Nardos attended the poet’s reading at the Crest Theatre. “In between [reading poems] he would tell stories about growing up, and he told a story about when clouds are on mountains,” Nardos said.

The image of looming, billowy clouds quietly descending to rest atop majestic mountain peaks stayed with her. When she suggested it as the band name, they agreed.

“It’s about finding beauty in something you wouldn’t normally give a second glance,” Nardos said.

Cloud Hats’ music has a fun vibe, with some melancholy and nostalgia. The band, which released its first EP, Always Mine, in December and has plans for another, draws inspiration from groups such as Arcade Fire, Wild Child and Sufjan Stevens.

Musically, though, their sound is distinct: the ukulele and violin pair together magically to create an introspective sound. Beti writes the lyrics and basic melodies, while the others put their own take on it with their instruments.

For the members, the music makes for a melodious escape; they work in politics, water resources and finance.

“When I’m in the mood of writing or when we’re jamming, I take a break from the world and enter another space,” Beti said.

"[When playing music] I’m a different version of myself—different from work life,” she said.

Collectively, the band wants their music to give people a chance to get away from the world around them to reflect.

“I would hope that people look into themselves and question their lives and what’s going on there,” Cruz said. “I’d much rather see someone’s eyes closed than tapping their feet.”

Jesse: I saw a video of Beti on Instagram performing at an open-mic, and I invited her to jam (we were already friends). Then we encouraged Nardos to join, and she was stubborn about it but finally came around. Gus joined about a year later.

Our EP release show this past December. Sonically, it wasn’t our best performance, but there was such an incredible energy at the show. We were surrounded by friends and other musicians. The show felt like community.

Beti: The Jonas Brothers, but I guess I'm not even a little embarrassed.

Nardos and Beti: "Hot Cross Buns" on the violin.

Nardos: The name was unknowingly given to us by the former U.S. Poet Laureate Juan Felipe Herrera, who I went to see at the Crest in 2016. In between readings of his poems, he would share short stories or thoughts, one of which was about realizing that the clouds sitting on top of mountains looked like the mountains were wearing sombreros. I immediately latched onto it, partly because we were looking for a band name, but also because it was an example of finding beauty and inspiration in everyday things.

Beti: Do everything you possibly can in one lifetime—I’ve heard this attributed to Kanye West but don’t actually know if he said it.