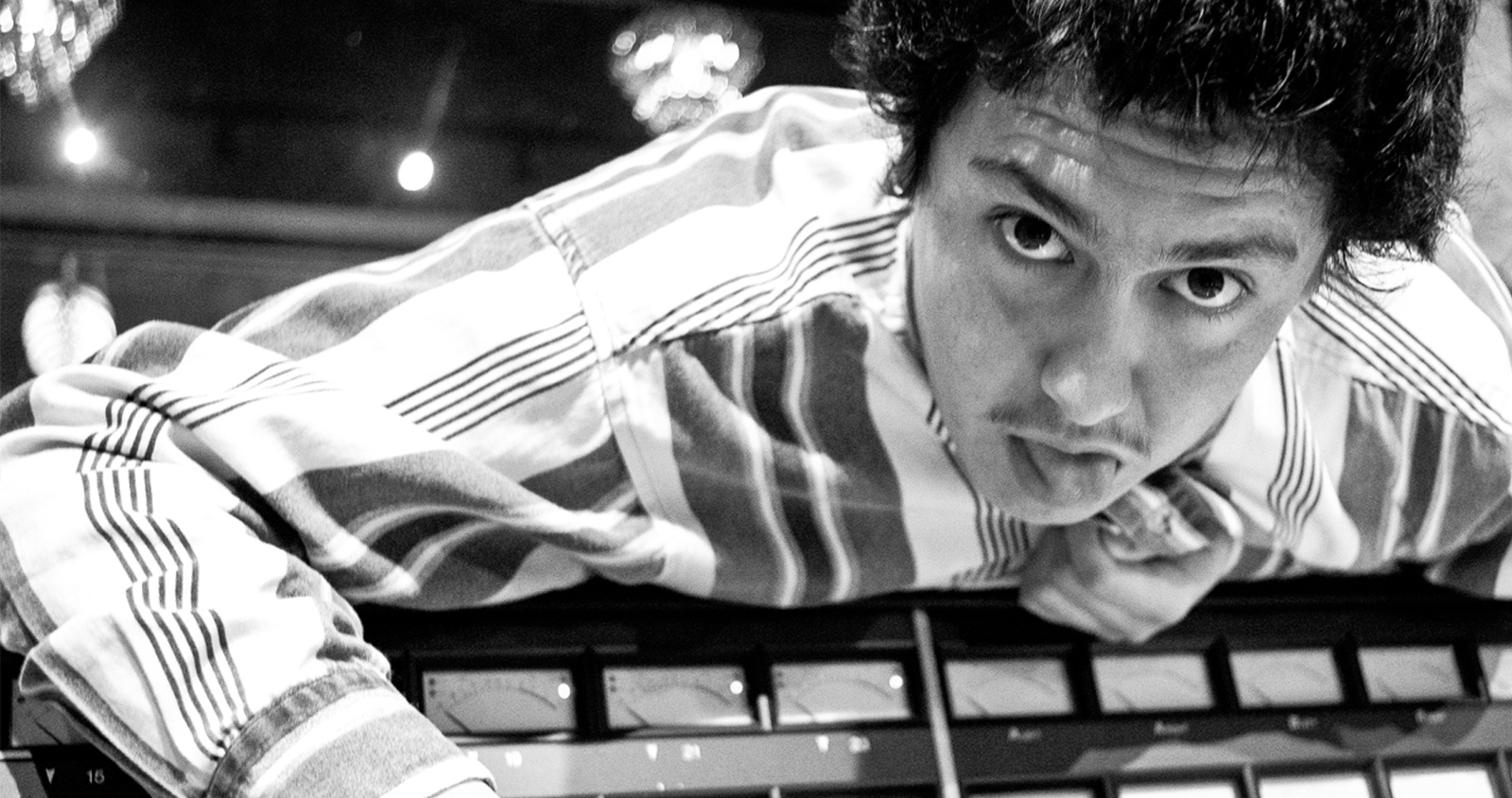 Four years ago, Frank Lopes was living out of his car.

Broke, homeless and jobless, he recorded and produced his first album out of his newfound living quarters—aptly calling it Hobo Johnsons 94 Corolla.

Now, the 24-year-old is lighting an American Spirit in a luxury Subaru. We’re in the underground parking garage of his new Midtown apartment. He’s struggling to figure out how to connect his phone to the SUV’s Bluetooth.

“I just bought it today,” he says, navigating menus through a shattered iPhone screen.

“The car or the apartment?” I ask.

“I thought you didn’t have a license.”

“I don’t. I also haven’t driven in a really long time, so this is going to be interesting,” he says, managing a 15-point turn out of the garage.

We were picking up where we left off a year ago: before Lopes signed a record deal with Warner Bros., sold out shows on three continents and got mentioned on Snoop Dogg’s Instagram. Before his songs peaked at No. 11 on the Billboard Heatseekers chart and he started recording his third album, The Fall of Hobo Johnson, which will release at the end of this year. Back in March 2018, when Lopes still considered quitting music.

“Yeah?” he says as he merges onto an existential nightmare: Highway 50 at 5 p.m. on a Monday.

“Are you ready to be famous?”

The smile crumbles into concentration as traffic slows to a crawl. “I don’t want to be famous. I just want to make music.”

As long as I’ve known him, it’s all he’s ever wanted to do.

In Sacramento, it’s hard to break into the national scene.

“No one’s really watching,” Lopes says. “You release music, you play your shows, nothing happens.”

94 Corolla didn’t bring the success he expected, but it did establish him as another local artist on a mission. He gigged at open-mics around the city, eventually catching the attention of guitarist Derek Lynch at a Del Paso Heights show in May 2016.

“It was one of those open-mics where there are 10 people there and they’re all performing,” Lynch says. “[I’m] talking to some people backstage, and ‘Sex and the City’ comes on.”

”Sex and the City” is Lopes’ love song for people struggling to love themselves. He pleads with a potential lover to see past his acne, ignore the smell of dirty socks filling his tiny room and look into his soul—a tunnel into the naked mind of a nervous 20-something.

It’s that open vulnerability that got Lynch to leave his band Caliscope and join Hobo Johnson full-time, becoming the first member of Lopes’ backing quartet, the LoveMakers.

“Frank was just doing something different,” Lynch says. “He wasn’t trying to be cool onstage, he was just Frank.”

“When I get there, Frank tells me that he has 45 minutes before he has to go to work,” Moore says. “And then he tells me, ‘I’m going to play 10 songs’ … I thought we were going to shoot a video, but this fool’s telling me he’s going to play an hour set.”

Lopes was late to work, but the Live from Oak Park video series garnered tens of thousands of Facebook views and doubled the band’s page-likes within hours.

I don’t want to be famous. I just want to make music.

He recruited a full band—David Baez-Lopez on bass, Ben Lerch on drums and Moore on guitar and keys—and in 2017, Hobo Johnson & The LoveMakers recorded its first studio album, The Rise of Hobo Johnson.

But even after playing Art Street, Concerts in the Park and sold-out shows locally, the music world outside Sacramento didn’t bite.

“I tried to get an internship with the [Sacramento] Kings because I didn’t want to make music anymore,” Lopes says. The Kings rejected him. “I was so disappointed in what I was doing, and I was so tired of being disappointed.”

With “Peach Scone,” the band got their big break.

The live performance video was submitted first as an entry to National Public Radio’s Tiny Desk Contest. Competing with more than 5,000 other artists, the video used the Live from Oak Park formula, with Lopes looking into the camera as he confessed his love to a woman in a relationship. Also shot in Lynch’s backyard, the video added the full band’s energy. They howled the chorus: “I love the thought of being with you / or maybe it’s the thought of not being so alone.”

He was also tagged as a symbol of gentrification. Black Lives Matter Sacramento accused him of appropriating hip-hop culture and Oak Park, because the band used the historically black neighborhood’s name in their Live from series. BLM hand-delivered a list of demands to Lopes’ home, including that he delete the Live From Oak Park videos and post a public apology.

“At first, I was a bit taken aback by it because I support Black Lives Matter,” Lopes said. “At the end of the day, those conversations are needed because a lot of people want to sweep that shit under the rug, and the more that happens, the less things get done.”

He publicly apologized, but BLM staged a protest at his sold-out Ace of Spades show on May 12, blocking the venue’s entrance and forcing a late start. It was peacefully dispersed by police.

Lopes took the protest hard. It was his last show in Sacramento before leaving on a seven-month series of tours. His hometown send-off became bittersweet.

“I wasn’t mad at Black Lives Matter, but I had to get away from Sac for a while,” Lopes said. “It was better that way.”

Tucked in a studio away from the Howe Avenue traffic nightmare, Lopes mixes the first track on The Fall of Hobo Johnson, his third album and first new release under Reprise.

The song is called “Happiness.”

The bass rattles the velvet walls of Gold Standard Sounds. The production value is unlike anything he’s made before. Lopes worked with producers in Los Angeles to write some of the songs, at the request of the label. The producer who wrote the hook just came off having the No. 1 song in the country.

He turns down the volume of the speakers a little bit as he scrolls through a recording program on his MacBook.

“Do you think you’re any happier than you were before all of this Frank?” I ask.

“Yeah, but not for the reasons people think,” he says as he starts the song’s hook. “Being successful at music hasn’t ‘cured me’ or anything [laughs]. I still worry about the same shit I always have.”

“I still worry about the same shit everyone else worries about: family, love and all of that,” he says. “Hobo Johnson has given me success, but it’s not like the rest of my life has come up with it—it’s separate.”

Lopes pauses the music. “It’s just made it so I have to figure out the rest of [life] now.”

He adjusts a digital knob on his laptop and restarts the song.