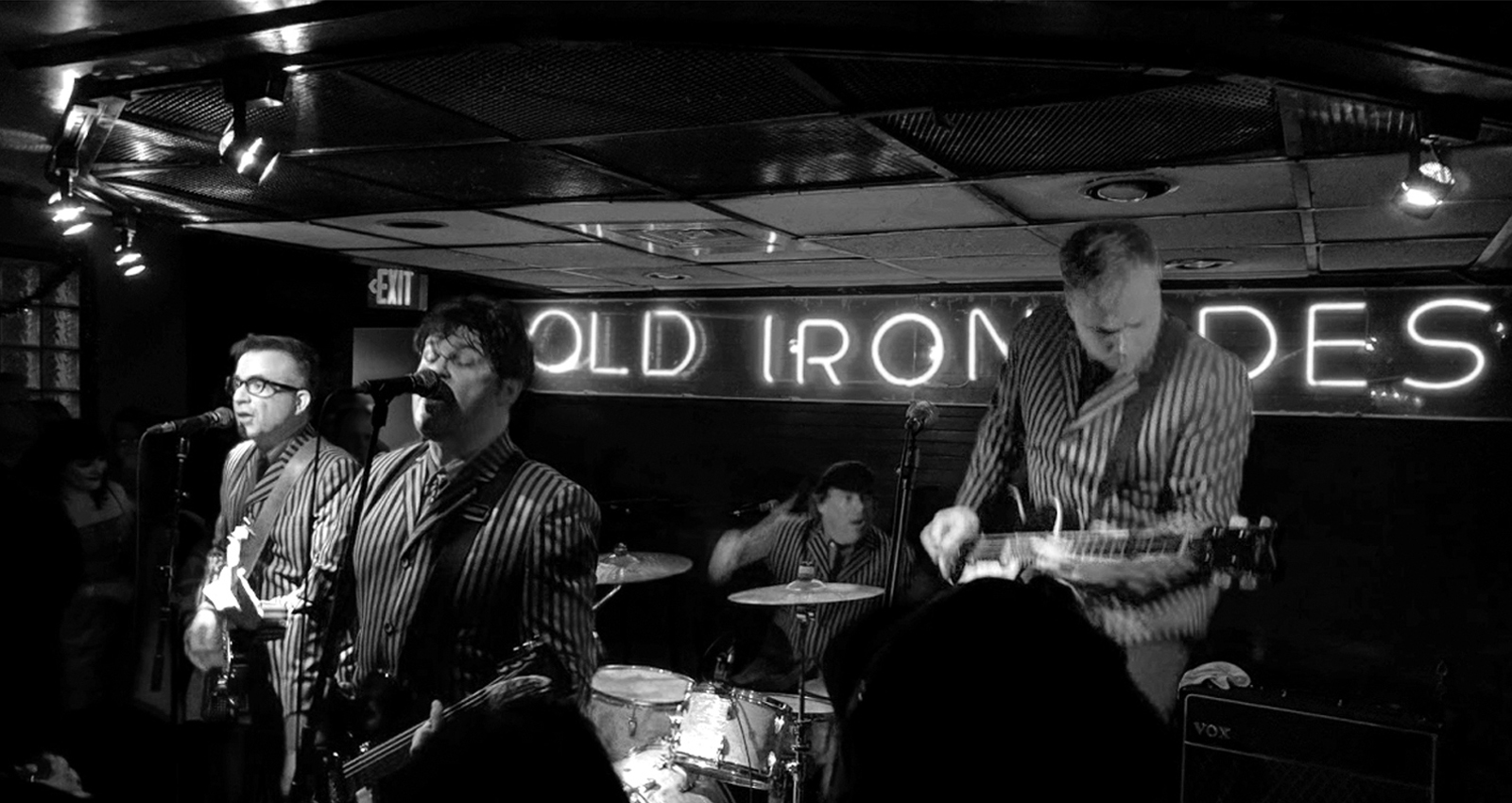 Dean: Power-pop by the original definition, with the holy trinity of the genre being The Who, The Kinks, and The Easybeats—before Badfinger, Dwight Twilley, and Raspberries fans commandeered the term.

Brent: That's honestly been one of the most difficult things for me, even though I never thought it would be. We've been called punk, garage, power-pop, and all sorts of things in-between. We're in the "Rock" category for the SAMMIES, and I guess that works just as well as anything. We're basically the result of what happens when four guys who like all the good rock 'n' roll spanning from its creation to today get together and create new tunes based on everything they dig.

Dean: Joe and I were in bands that sometimes played on the same bill, and when those bands broke up, we joined forces with my band's original drummer and we played as a three-piece the first three or so years. Joe moved to second guitar, so that brought Brent in on bass, and the original drummer quit shortly after, and Brian came in on drums.

Dean: I can't think of any one show, but we've had a lot of really fun gigs at Old I through the years.

Dean: We haven't had any real disasters I can think of, but in the mid-'90s, we played a weeknight gig at a club in San Jose that the promoter completely forgot to promote, so we played to the bartender and the other band. That was a little disheartening.

Dean: I have no shame about my guilty pleasures, but I have a bit of an inexplicable soft spot for some Steely Dan tunes.

Dean: Same song as everyone I knew: the opening riff to "Smoke On The Water" by Deep Purple!

Joe: "He's Got The Whole World in His Hands." That was my first. And I played it for my second grade class, and I wouldn't let anybody sing. I was too shy.

More recording, some more gigs, and possibly a Spain/Europe tour later in the year.

Dean: Current bands - Arts & Leisure, Th' Losin Streaks, The Knockoffs, Kepi and Dog Party, to name just a few. There have been a ton of great bands in Sacramento through the years.

Dean: Early-Who, The Beatles, The Kinks, The Ramones, early Elvis Costello, The Jam, Beach Boys, The Byrds, The Plimsouls, The Romantics, and the first Knack LP, and a TON of independent punk/mod/power-pop bands who put out great singles or an LP or two in my formative years.

Dean: My whole family is into music, so I just grew up around it. In the mid '70s, the Beach Boys were having a resurgence, and the Monkees re-runs were on TV. Combined with my siblings' mid-60's record collection, it meant I grew up with that era being a huge influence, although I was also listening to FM rock as well.

When punk hit my town in the 1978, I was just old enough to be aware of it, and it drew a straight line from the stuff I loved about mid-'60s tunes and connected it with the energy and drive of punk rock, and the offshoots such as the Mod and power-pop bands of 1979/80.

When I got a little older, bands like the Ramones made the idea of picking up the guitar seem possible. An older brother left a guitar at my parents' house, and I started noodling around on it and haven't looked back.

Dean: In terms of creating music, enjoy the process and do the work. Don't just talk about doing the work. In general—Be nice, play fair.

Brent: Be kind. Do no harm.