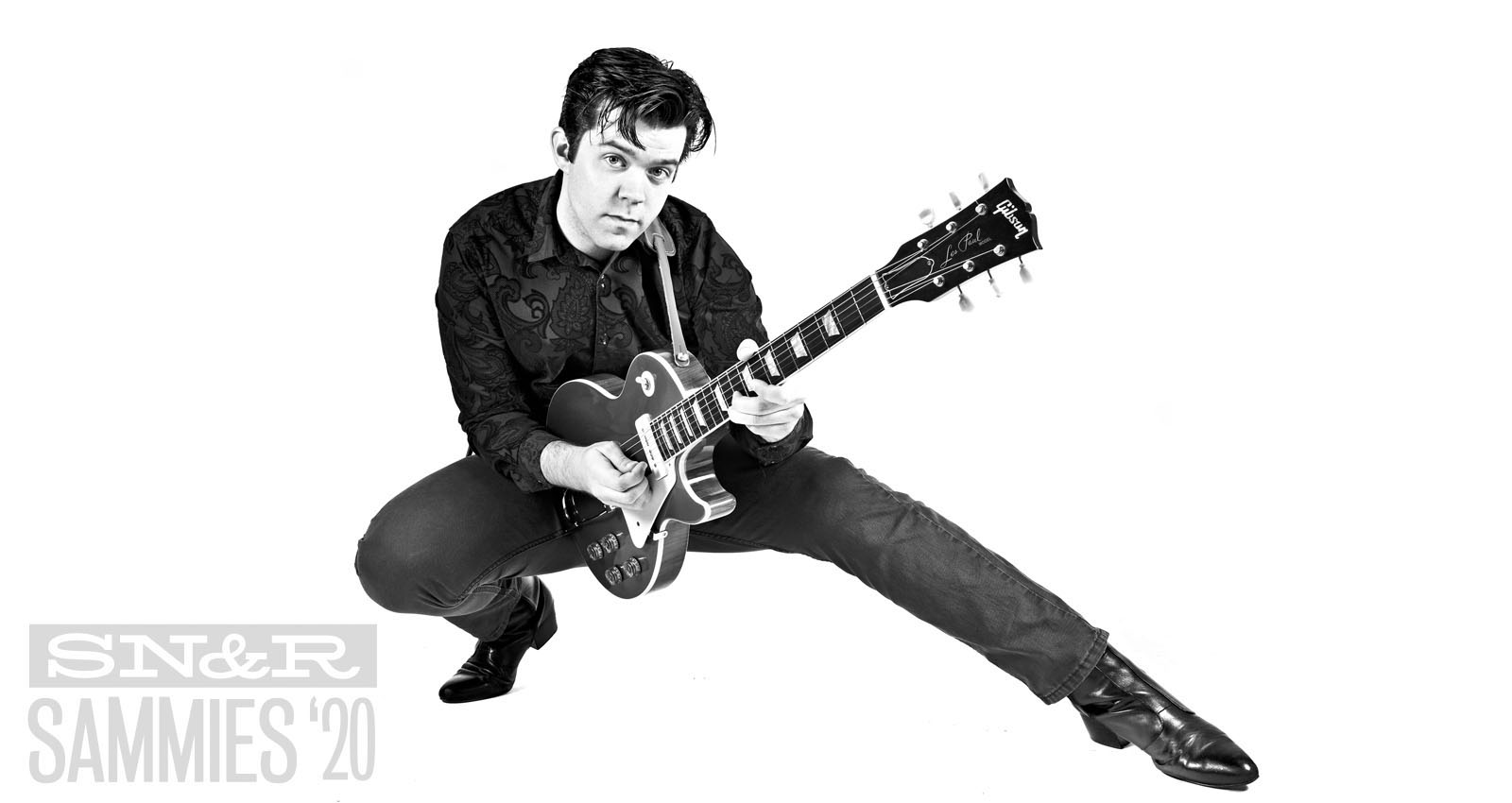 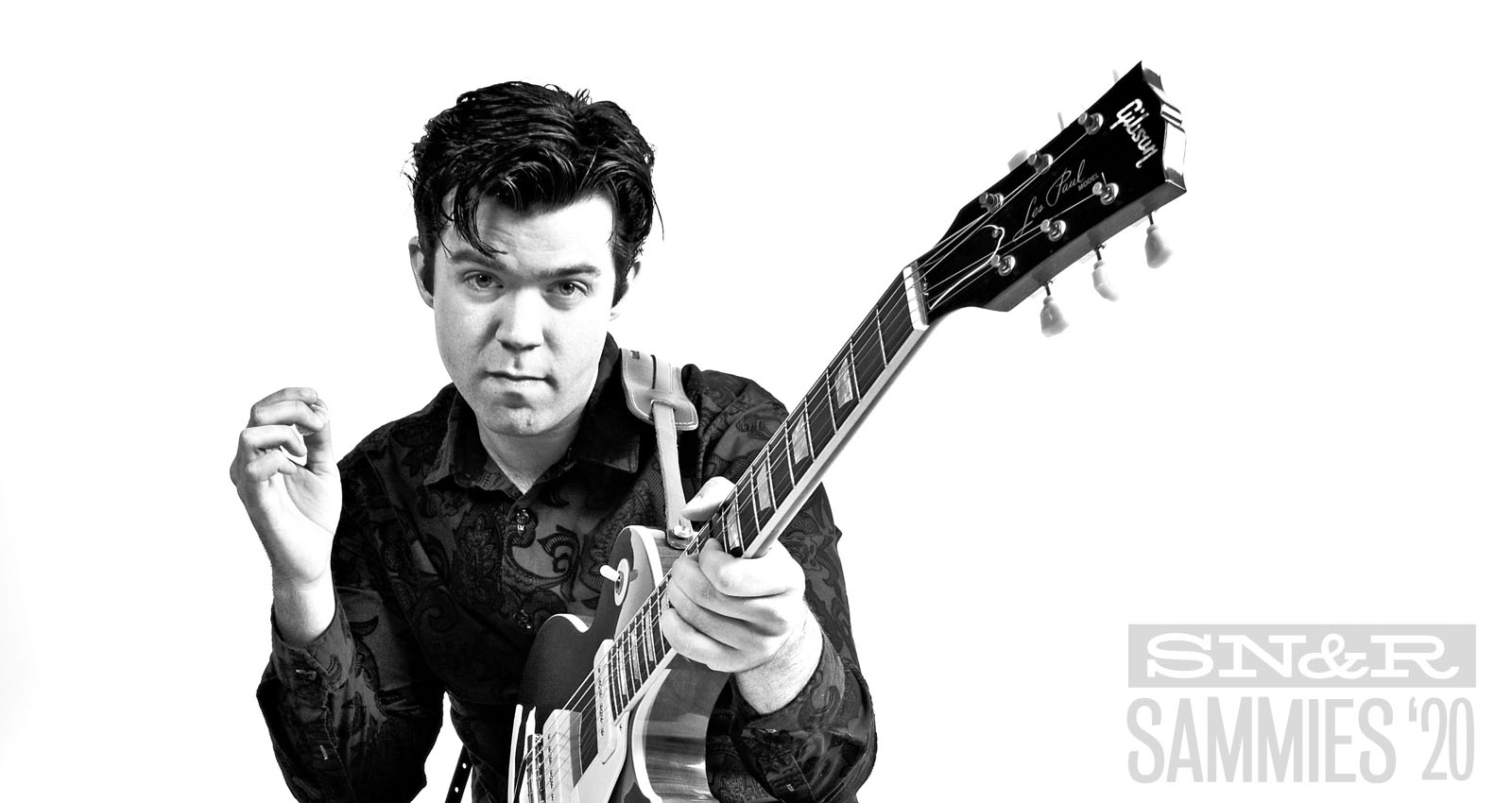 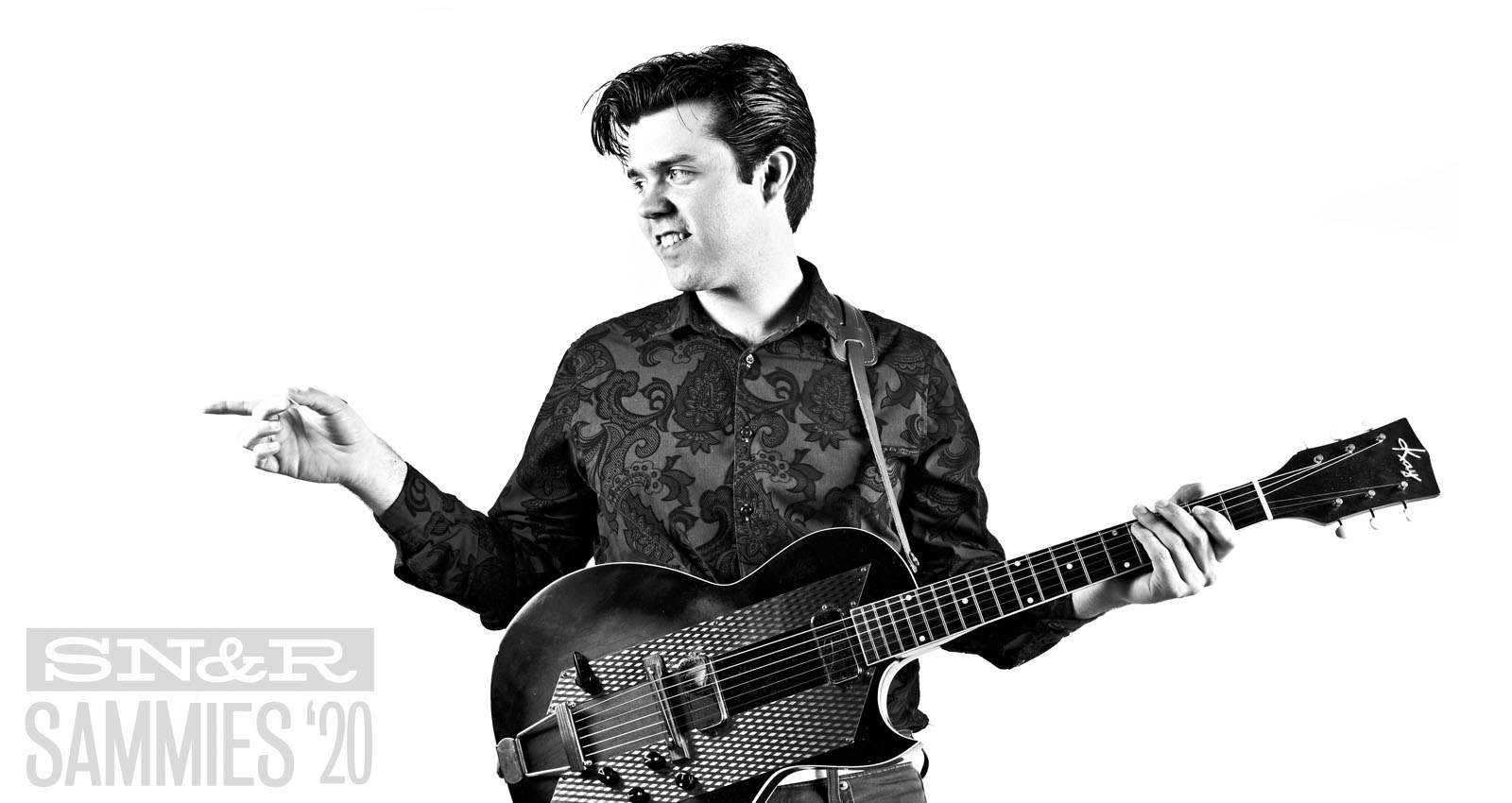 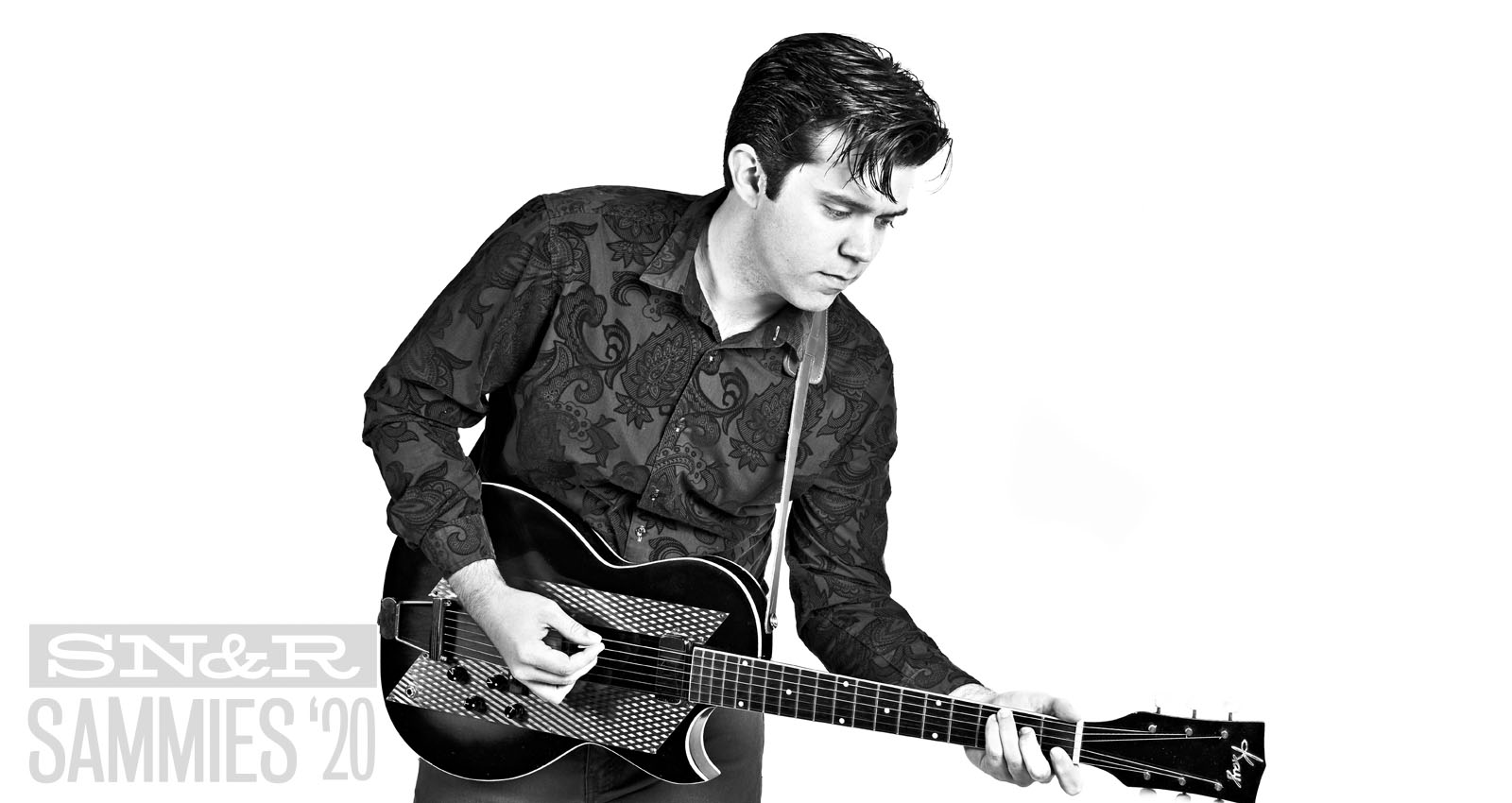 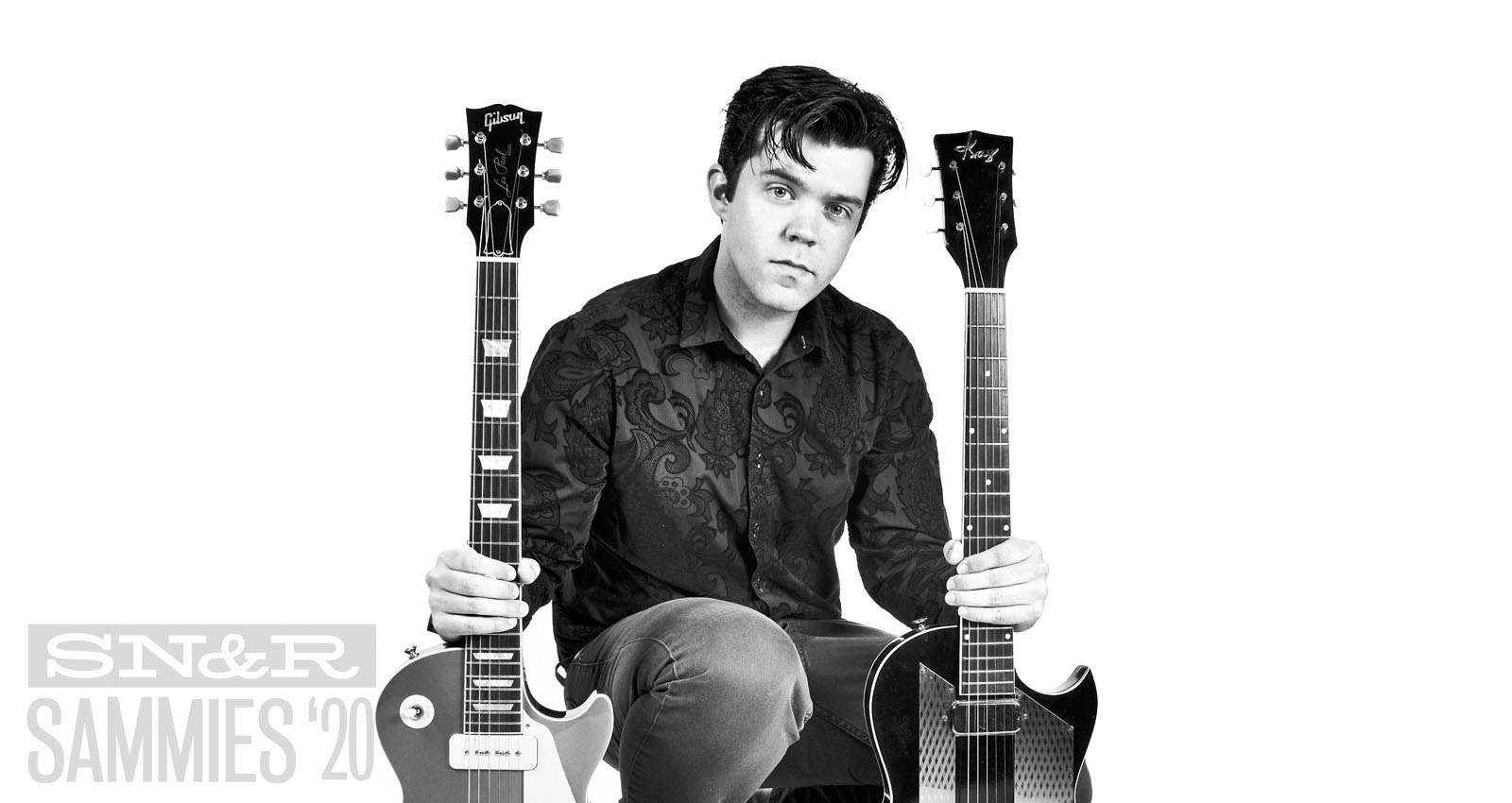 Wow, that's a hard question, but possibly would be the 1937 Benny Goodman version of "Sing, Sing' Sing," or "She Loves You" by the Beatles, because of how perfect of a pop song it really is. Another top contender is "Land of 1000 Dances" by Wilson Pickett. There really are too many to choose from, I could pick different ones tomorrow.

This is the question I've never cared for. It's just not easy for me to do this. I'd just say, most of it has a groove and feel to it, with what I hope are equal amounts of simplicity and complexity. You can dance to it or sing along to it. There are "Funk" elements, but I wouldn't call it "Funk"; "Blues" elements, but it's not "Blues," and it has "Pop" elements but there again, I wouldn't call it "Pop." Same with rock, soul, jazz, country, R&B and even classical. My music has elements of all of those, but I really don't feel that it is my place to either categorize it or even accurately describe my music, because I'm the one making it. I'm too involved in it. I feel that it is the job of the fans, critics or anyone else who hears it.

There were those few school performances over the years, starting back in the fourth grade talent show; But as a paid artist, my first paid solo gig was when I was 14 at the California State Fair. I did four one-hour sets that year.

Well, I'd have to say the time I played at the Memorial Auditorium for Rio Americano's graduating class of 2008, though it wasn't a standard gig. After just one song, I got a standing ovation from every single student and possibly every attendee in what was pretty much a packed house. I felt like a full-on rock star that night. There have been other noteworthy shows, like a night at Ace of Spades, when we received a huge crowd response, notably bigger than the night's headliner. One of our favorite venues to play, Harlow's, has been very good to us. Also had many great shows at the summer park concerts we've performed!

I once played a dance with The Emblems in Strawberry, California, and the organizer forgot and didn't do a bit of promotion. A few teens showed up ready for fun, but because the organizers had been in a panic, they'd called upon one of the local Ballroom Dance groups as patrons. The problem with that was they were expecting waltzes and that sort of music, and some were quite rude about not getting it. I won't repeat any of the ill-informed, and even some racist, comments that were made to us while on a break. I did feel a bit sorry for the event organizers, and young folks there to hear songs with a beat, because another issue was the volume; nothing seemed to please them. We made it thorough though, had to think on our feet a lot, trying to please them all by sprinkling in old swing/jazz standards, thank goodness for a background in jazz.

I wouldn't say I'm embarrassed by any of the music I like.

I am not really sure, probably some movie theme song melody. The first songs I really learned and played legitimately were likely "Whole Lotta Shakin' Going On" by Jerry Lee Lewis and "What'd I Say" by Ray Charles.

A new album, new collaborations, and I also have plans to open an all-analog recording studio with my buddy Kyle. I've also recently started working with the DNS Agency, and I hope to tour again, but on a bigger scale than before.

I was nominated as Todd Morgan, but I do have a band as well, Todd Morgan & the Emblems. That came about in my sophomore year of high school, my first incarnation of the band, but we couldn't come up with a name everyone liked. One night, I was trying to think of the word for "the shiny logo thing on the front of a car," which was obviously "emblem." Once I remembered, I figured "The Emblems" was a decent band name, and it has stuck to me ever since in one form or another.

As a solo artist and on my recordings, I just use my given name.

Well, I'd have to say my buddies Kyle Rowland and Michael Ray, however, I do know many fine artists/musicians in and around Sacramento.

I'm sort of influenced, in some way, by almost everything I hear. But to name some artists that quickly stand out, in no particular order: Jerry Lee Lewis, The Beatles, James Brown, Louis Armstrong, Elvis Presley, Michael Jackson, Ray Charles, Chuck Berry, Little Richard, Gene Krupa, Roy Orbison, Sam Cooke, Elton John, David Bowie, Buddy Holly, Cab Calloway, The Rolling Stones, Prince, T-Bone Walker, Nat King Cole, Duke Ellington, Carl Perkins, Count Basie, Muddy Waters, Robert Johnson, The White Stripes/Jack White, The Black Keys, The Doors, The Beach Boys, B.B.King, the various artists/studio musicians of Chess Records, Sun Records, Motown Records, Stax Records, and so, so many others! I truly love and respect so many artists, past and present. I could go on but you've got a bit of the picture now.

Probably hearing Chuck Berry in the car when I was like 2-3 years old. That's as far back as I can really recall, but I know I wanted to do something in entertainment/music from day one, basically.

For life: "Impossible is nothing"—Mohammad Ali.

For music: "There are only two kinks of music, good and bad."—Louis Armstrong.