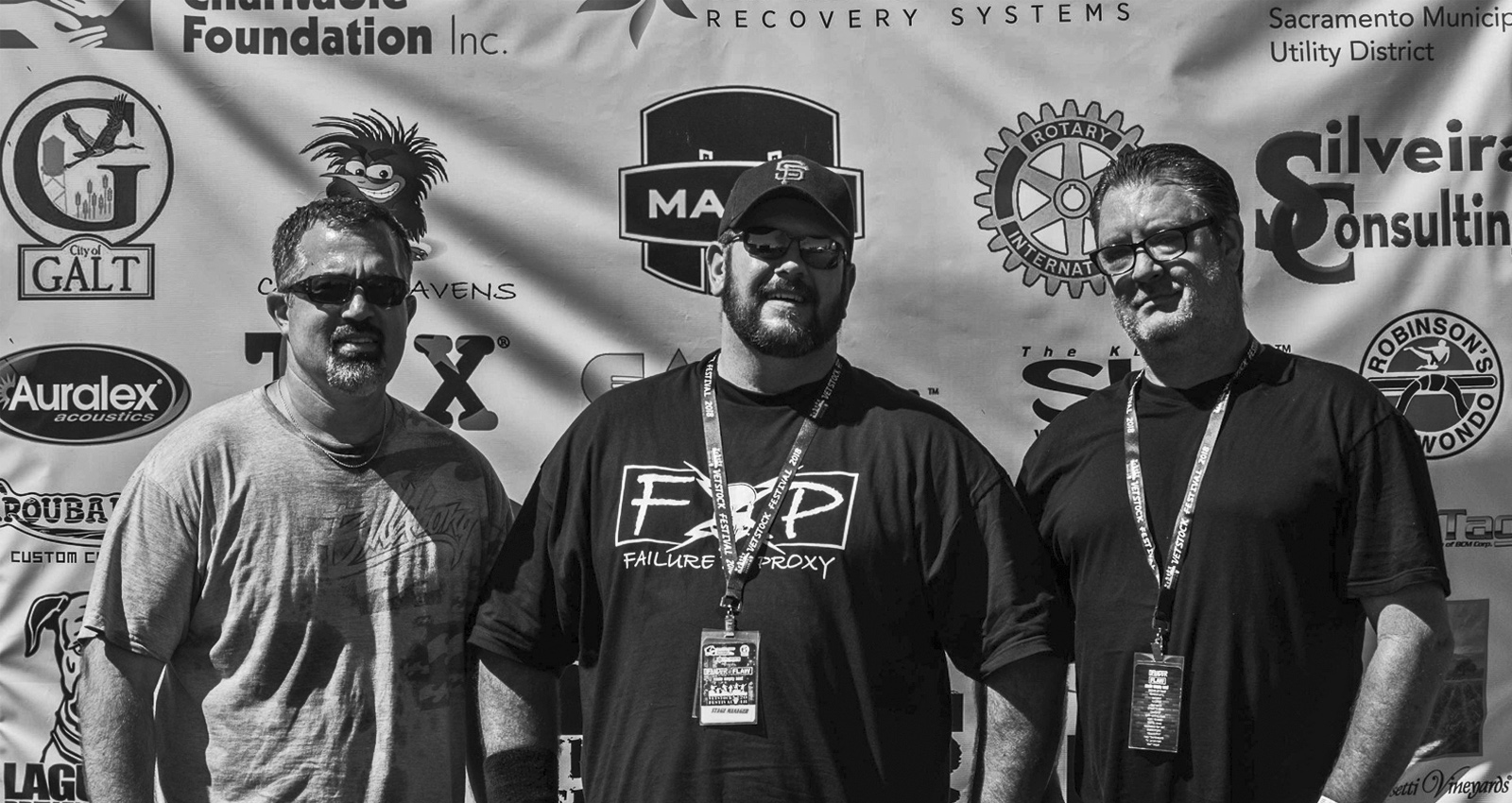 The most notorious is California Riot Act, a four-man troupe that blends all-things ’90s rock, but not only. Their last album, 2015’s Welcome to California, explains it better: There are staple introspective love songs accompanied by steel string twang, pop-punk strummers, but also some sounds you might hear in a New Wave of British Heavy Metal track out of the 1980s, such as dueling guitar melodies.

The project is the baby of Pistol Pete’s show booker Ben Herte, and this baby is all over the place.

“I tend to wear my influences on my sleeve,” Herte says, mentioning Pearl Jam and The Who in particular. Herte also plays in Whoville, a tribute to you-know-who.

“When I’m writing, I get in certain moods, what comes out comes out, and I don’t try to funnel it any way. I’m squarely a rock guy, but it does tend to cover a lot of ground.”

Herte, a guitarist/vocalist/songwriter, started Riot Act in 2012 after a three-year music hiatus recovering from carpel tunnel syndrome. He quickly recruited bass player Travis Houston, an old friend with whom he’d played with since high school 20 years ago. Herte and Houston sought to rebuild what they started with PS Chambers, a fairly big local band in the late ’90s.

“I tend to wear my influences on my sleeve.”

A third album is on the way, which Herte says won’t be as thematically dark as Welcome to California, which isn’t actually about California.

“It’s ten o’ clock in West Coast time,” Herte sings in the album’s title track, over a somber acoustic guitar riff. “And I’m starting to believe / I feel it might get better now / and I need a reprieve.” The album is really about a difficult breakup, Herte says, and the song lyrics aren’t literal.

“California is kind of a metaphor,” he says. “For something that you are looking at from the outside as being great and wonderful, something to look forward to. And then you go into that situation, you get to the state of California, and there’s a lot wrong there. There’s a lot that you didn’t expect, and it can be disappointing, to say the least.”

Herte says he often uses music as an outlet for anger. The song “A Measure of Man,” written soon after the 2012 U.S. presidential election, lays out his frustration with national politics. He wrote it thinking about Mitt Romney, but says it’s very applicable to Donald Trump. “How people were celebrating all this excess of money and power in certain individuals, and acting like that somehow qualified them to be making decisions for all of us,” Herte says.

From the start of his music career, when he saw Pearl Jam perform “Alive” on Saturday Night Live as kid, Herte has been on a journey to discover his sound, he says. He’s not there yet, and meanwhile, he calls the pen his therapist.

“I’m pretty close to it now,” Herte says. “But I still think there’s more to do. It’s nothing tangible. I can’t put my finger on why I have to do it. I just have to.”

Either "Alive" by Pearl Jam or "The Real Me" by The Who.

My personal favorite that we’ve done in the Sacramento AREA was when we played with Oleander at Pistol Pete’s in Auburn to standing-room only crowd!

Nintey-five percent of the shows we’ve ever played at The Boardwalk.

"House of the Rising Sun."

Working on our third album and gearing up for summer festival season.

Pearl Jam, The Who, Led Zeppelin.