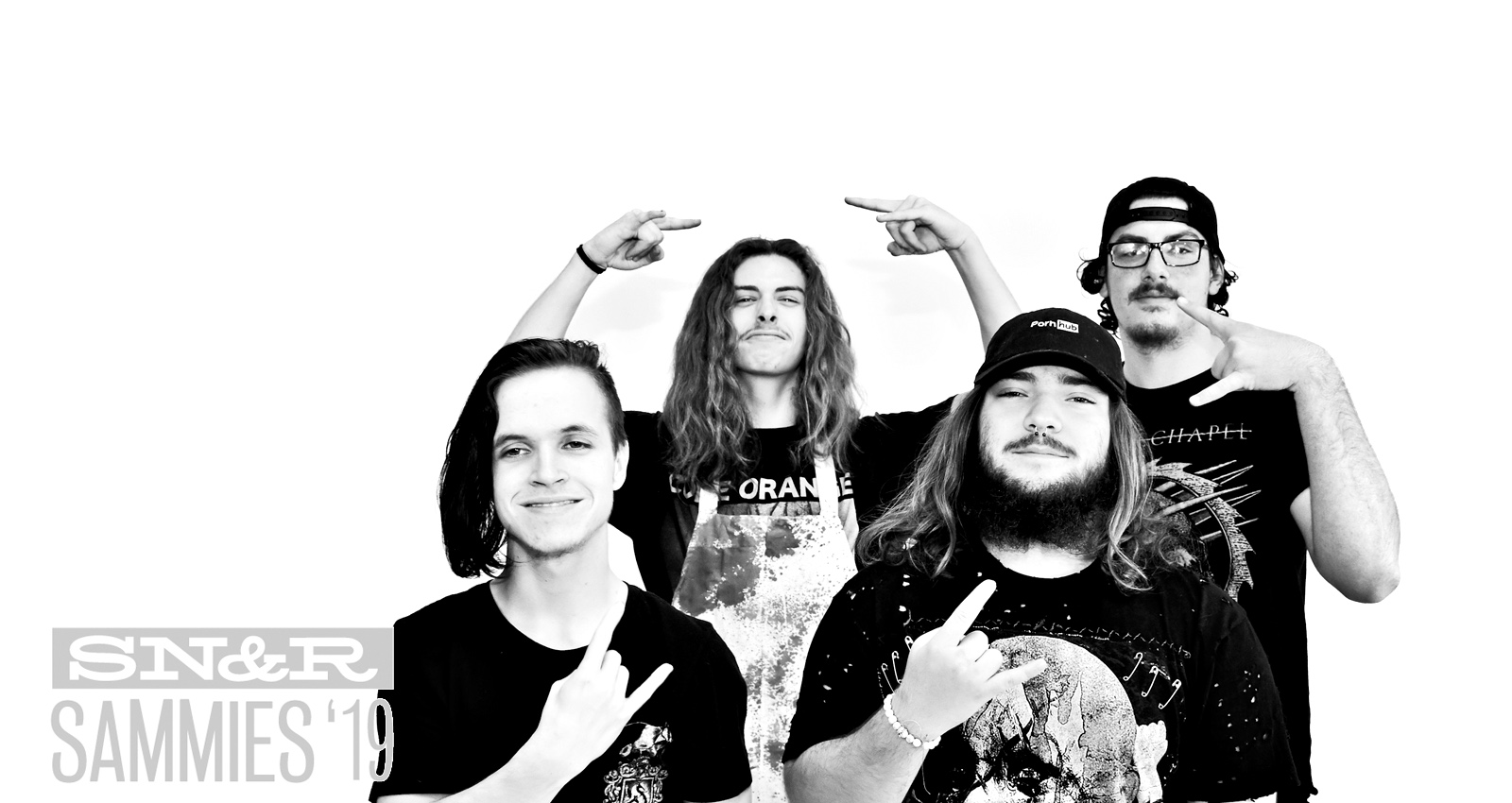 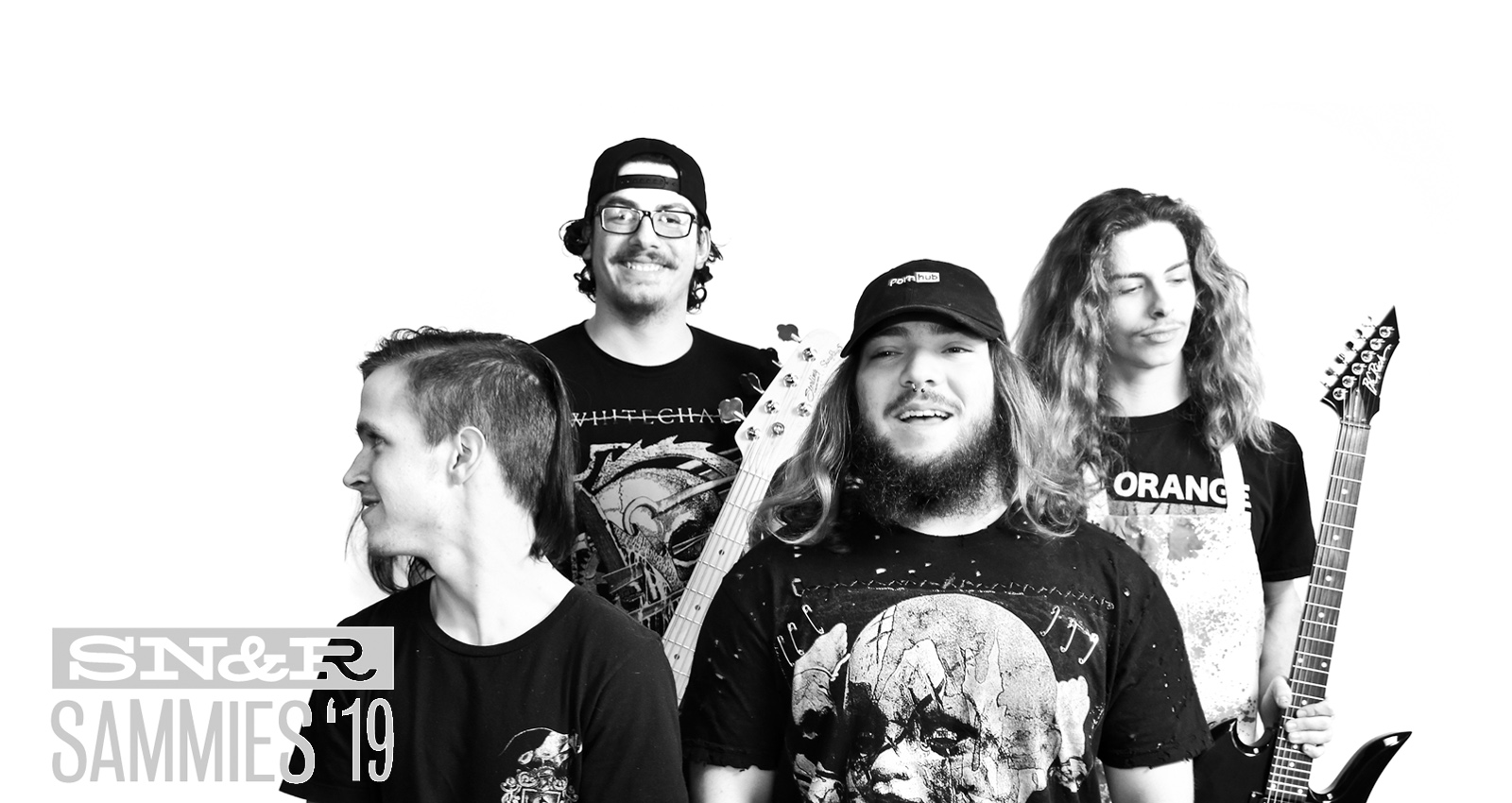 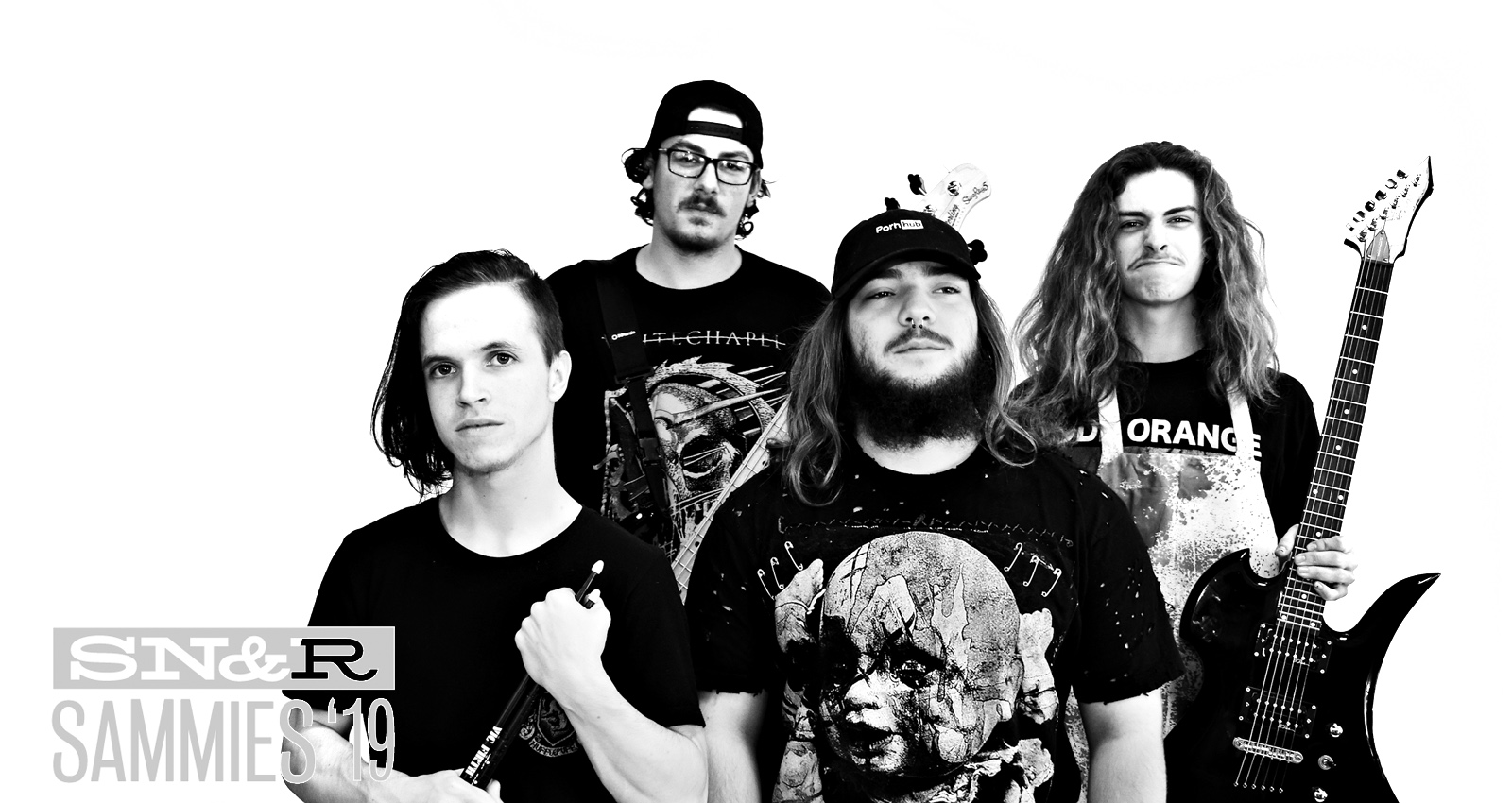 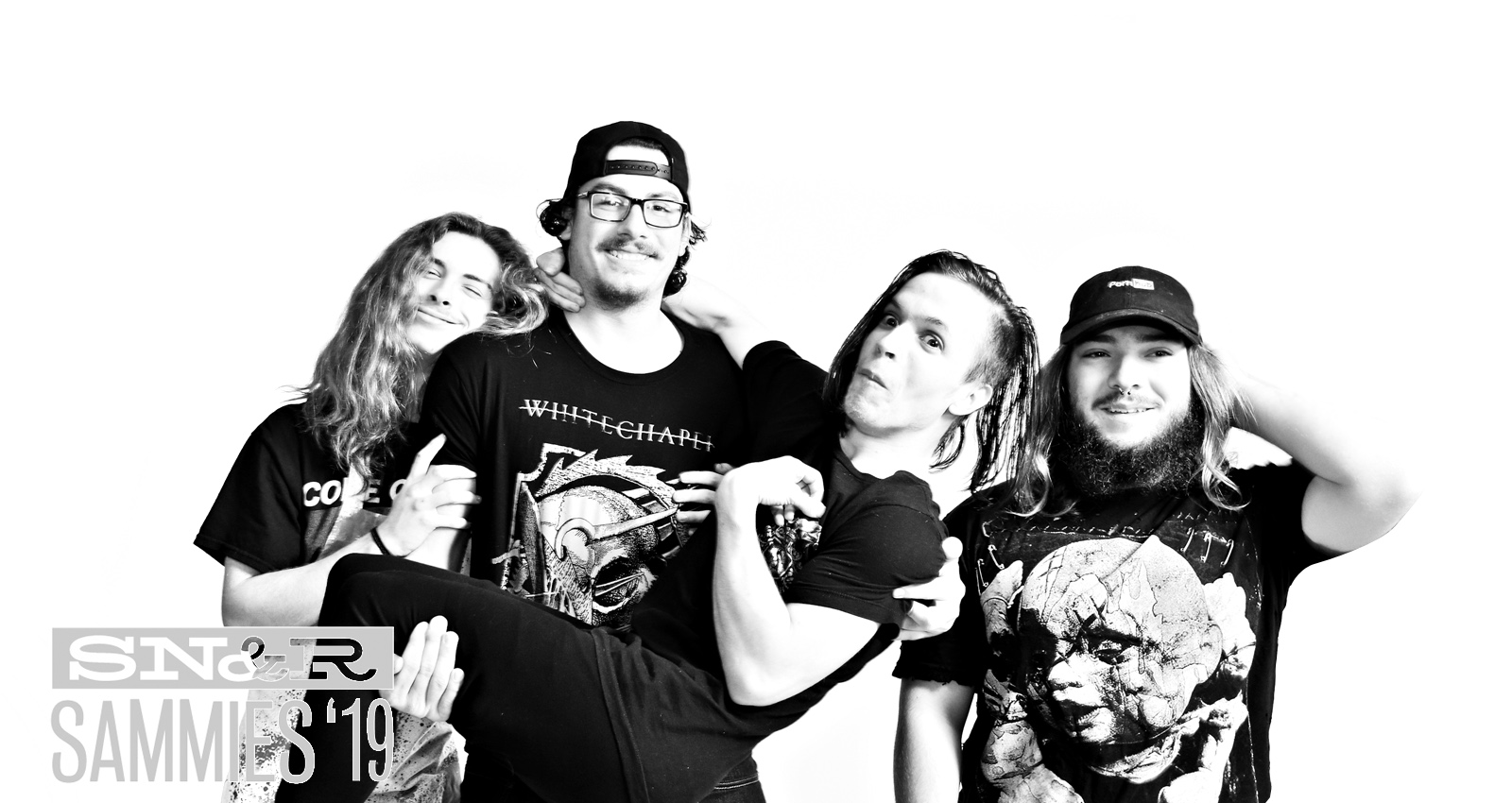 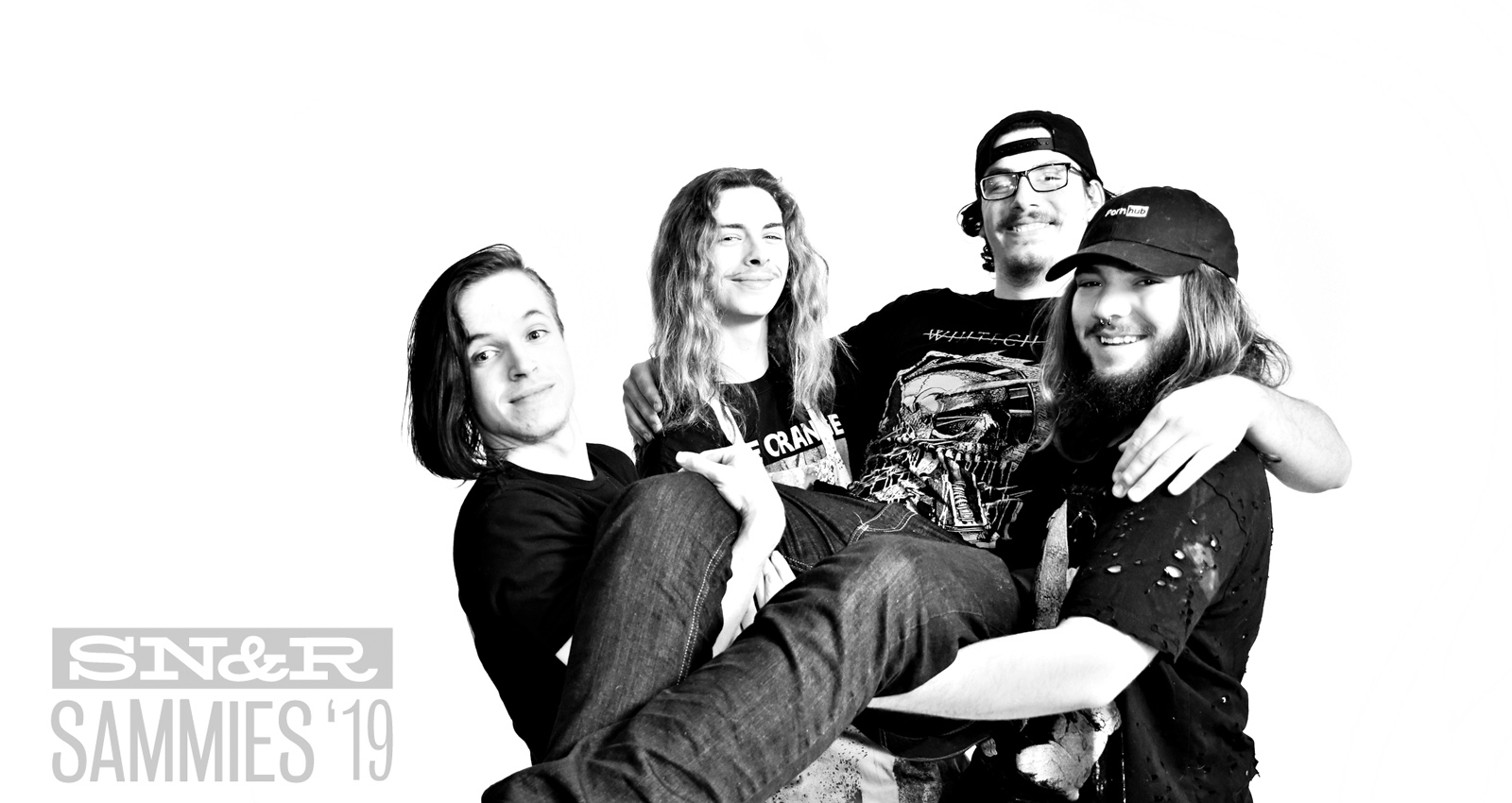 Extremely heavy and angry. Would probably make you wanna throw a table.

Tyler and Shawn met at Aftershock 2015, weeded out the weak, and ended up with Brandon on drums and Justin on bass.

Our best show in Sac was fairly recent. We took the roof off The Boardwalk in support of our homies in The Last Titan and Hemispheres, sending them off on their first tour.

The worst gig we played was a Halloween show. We had to perform on choir risers, which was like playing on bleachers. We still went hard, but the crowd was dead. Not to mention, Brandon's china fell off the "stage." And then there's every show we ever played with our old drummer. Those were lame. He couldn't remember his parts.

Tyler would scream to "Oblivion" by Chelsea Grin. Brandon slapped skins to "I Miss You" by Blink 182. Justin played along to "Hell Above" by Pierce The Veil. Shawn learned "Duality" by Slipknot.

Releasing our EP These Words Were Written In Cold Blood in March, then hitting the studio again for some new heavy. When we say new, we mean NEW.

Tyler was brainstorming some band names. He landed on A Waking Memory, cause you'll never forget us.

Exiled From Grace, Smack'd Up, Zephira, Knockout, Nail The Casket, and The Last Titan.

We were influenced by the rudeness, hardcore beatdown and speed death metal.

We were inspired by bands like Slipknot, Thy Art Is Murder, Suicide Silence, Ice Nine Kills, Bodysnatcher, Knocked Loose, Code Orange and The Acacia Strain.

None of us even wanna be alive.