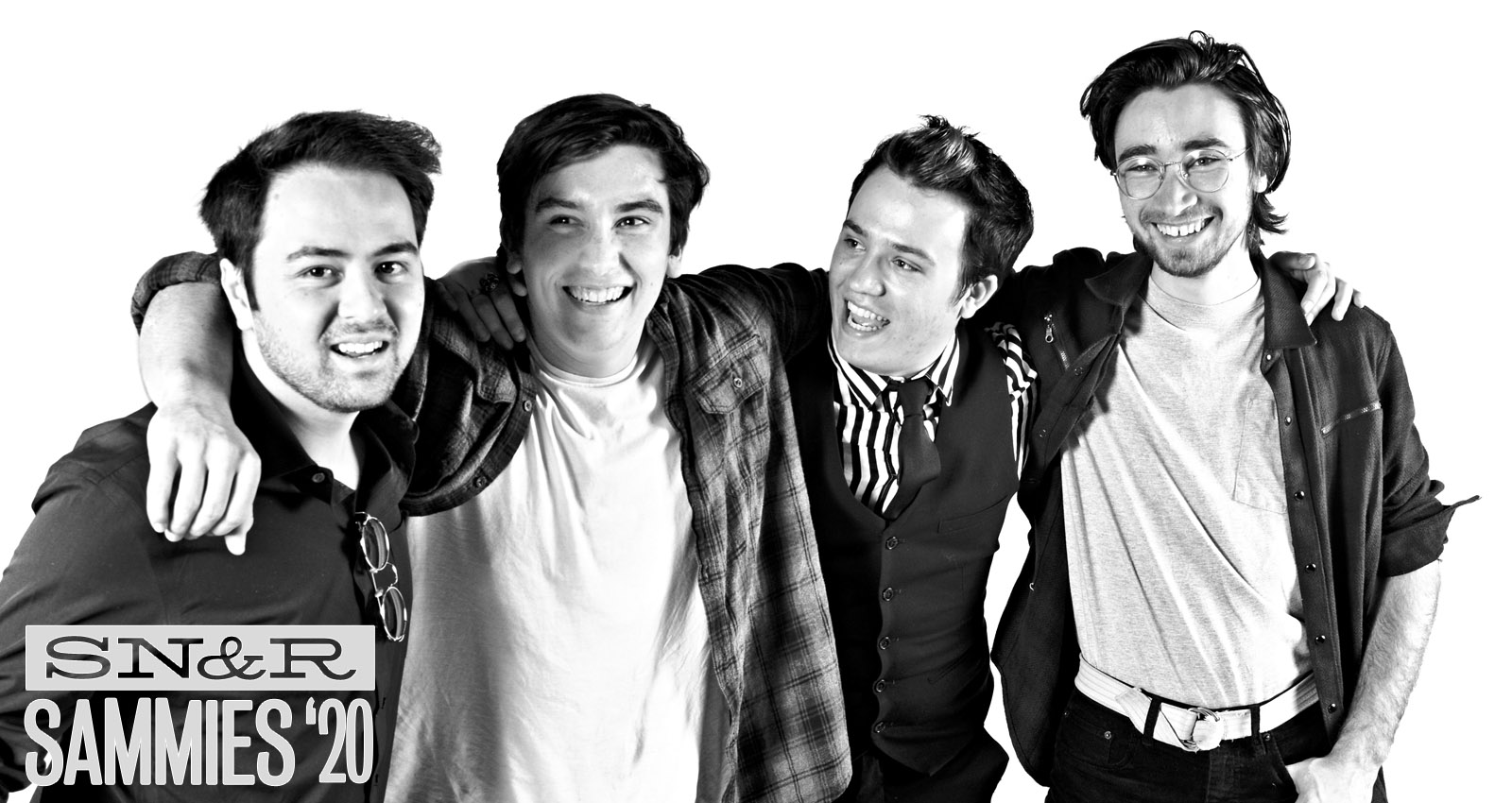 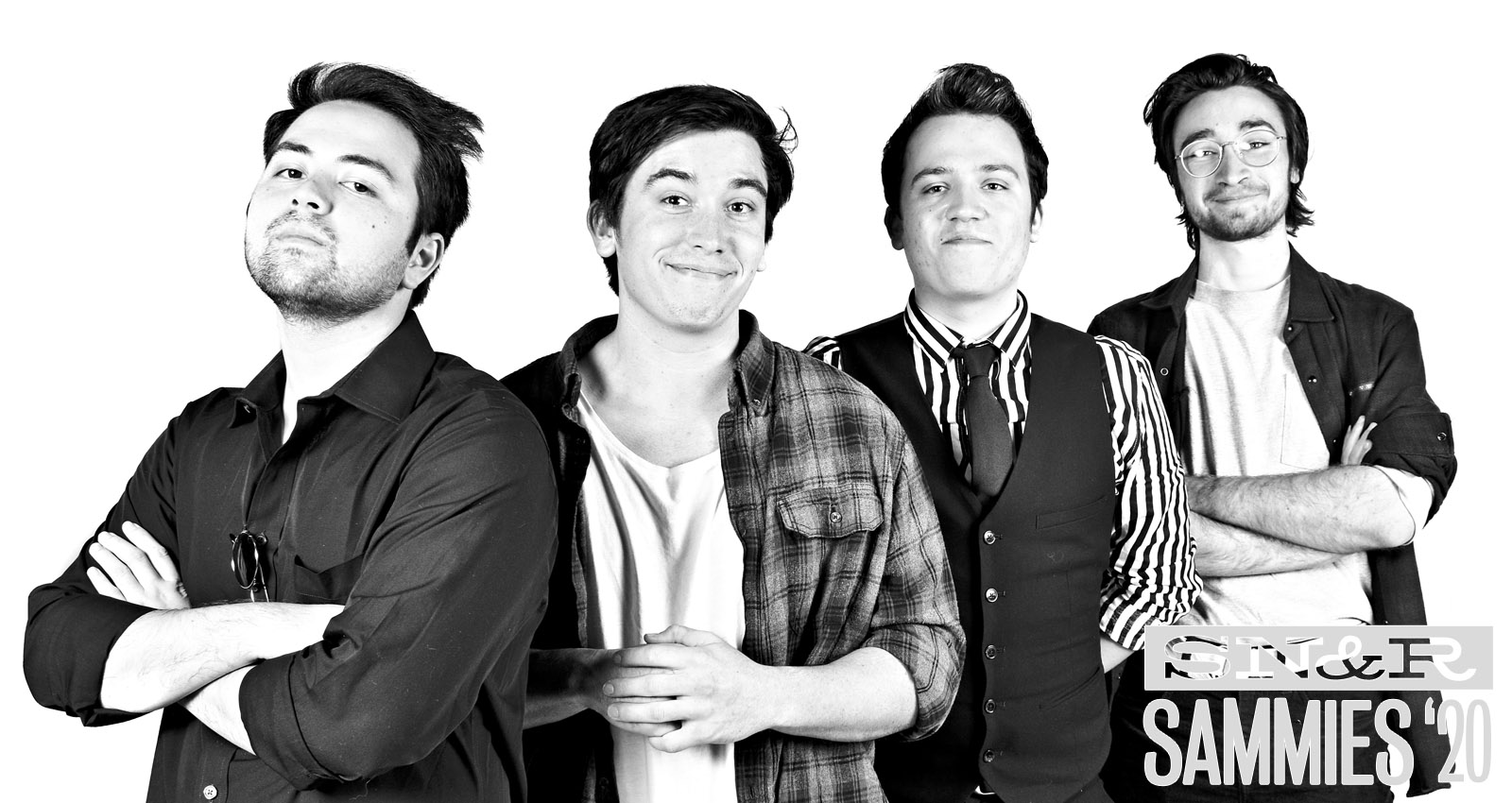 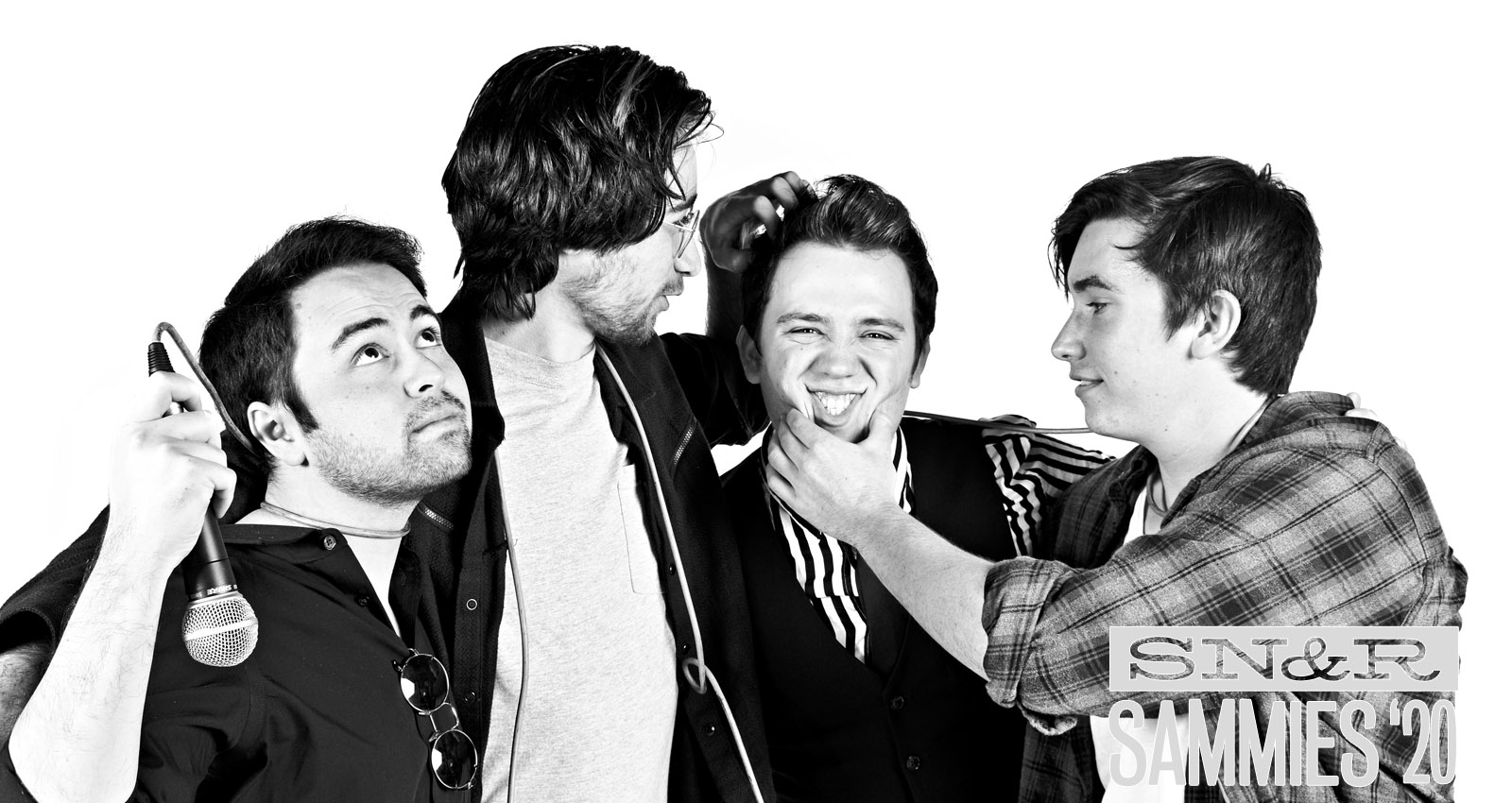 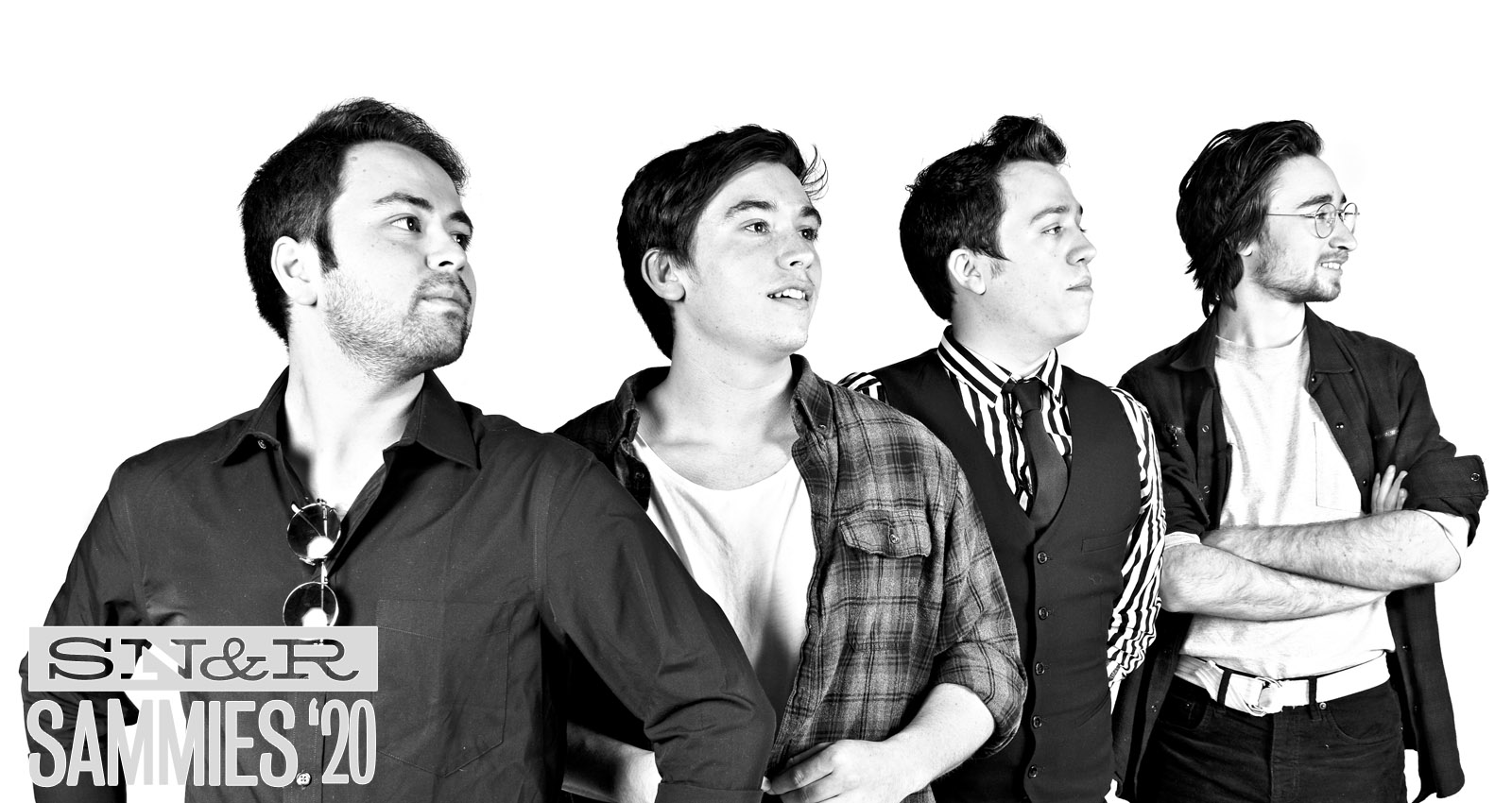 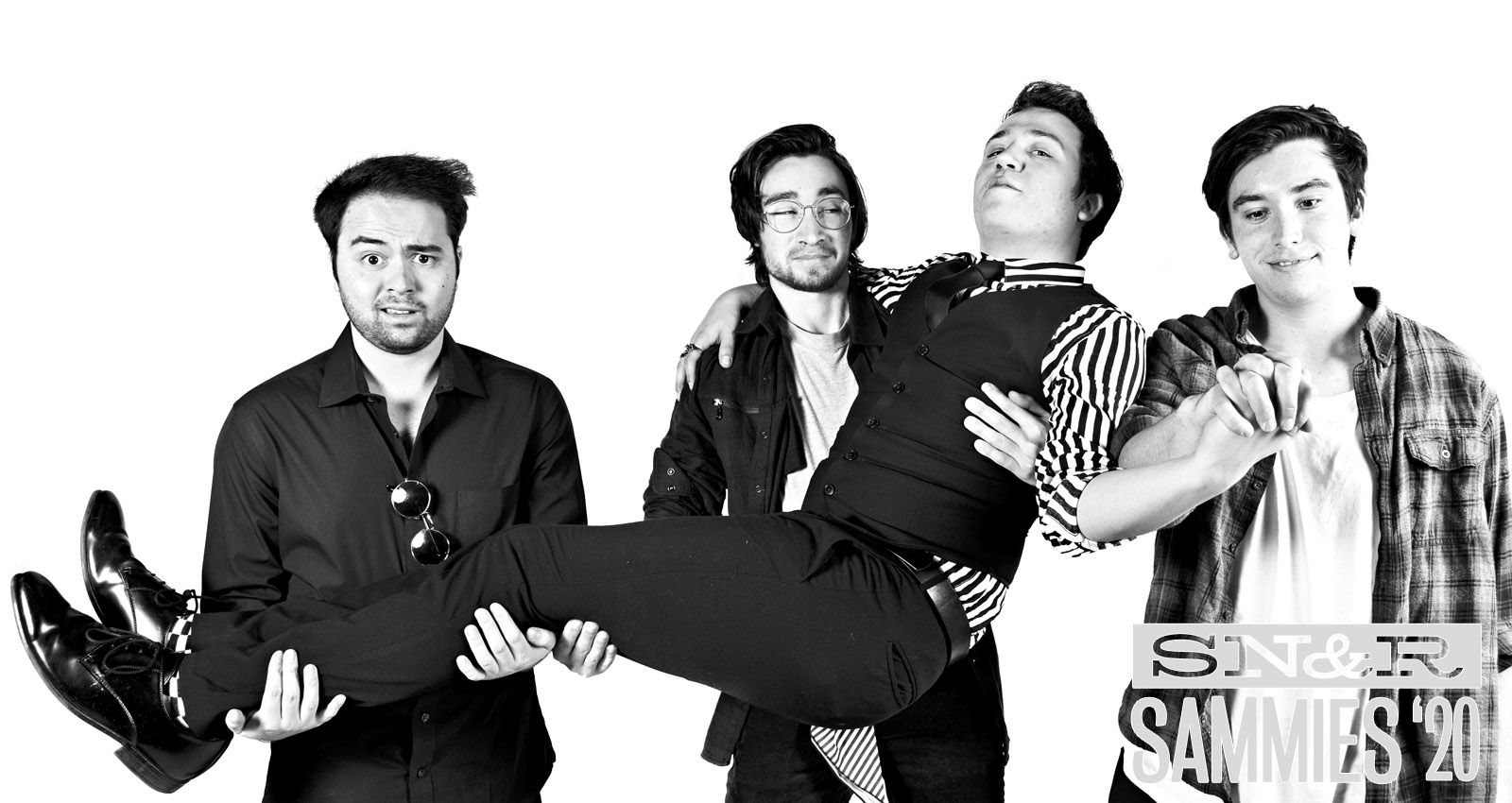 Life of the Afterparty

Jordan: "Trees" by Twenty One Pilots.

Primarily alternative rock/punk with catchy, fast, edgy riffs, smooth vocals and energetic drums. We also try to extend genre boundaries as much as possible though, and our music will continue to become less predictable as time goes on, as we try to bring as many new ideas to the table as possible. That’s what music’s all about, after all.

The three of us met in an ensemble class at Folsom Lake College in the spring semester of 2018. Zack and Adam began writing together, and when the prospect of becoming a full band came up, they approached Jordan about becoming the drummer. They joined together under the name Life of the Afterparty that May.

Our best show was at Shine Coffee. We played with Roland Tonies and The New Crowns. The place was packed, and the energy there was just incredible.

While of our gigs have been strictly bad, the most disappointing show we’ve ever played was at The Silver Orange. We were set to play a benefit show with We Are The Empty and Casual Friday (who were on tour all the way from Los Angeles). Not a single person showed up, so it ended up turning into an extended jam session/showcase. While it was disappointing from a gigging perspective, it was still fun to hang out with the other musicians.

Zack: Nickleback. They get a lot of hate for no reason.

Adam: Harry Styles. [His debut] album has some great singles and surprises me, but I still get them looks.

Jordan: I generally try not to feel embarrassed about my tastes in music, as art is subjective and all that, but boy does it sure seem like people hate Imagine Dragons.

Zack: "Smoke on the Water" by Deep Purple.

We’re in the final stages of creating our very first album. While we can’t make any promises, it should be ready for release around April. Fingers crossed. Other than that, we intend to just keep on playing as many local shows as posssible, and we have plans to potentially do a small California tour come summer.

It comes from the title of a Fall Out Boy song. Zack misremembered “The (After) Life of the Party” as “Life or the Afterparty.” We thought that sounded kinda cool, so we put it on the list of potential band names, and here we are.

Zack: I guess you could say Billie Joe Armstrong. There are a lot of artists who have inspired me to do music, but Billie Joe is probably the biggest.

Adam: My dad had gotten me tickets to see The Killers when I was 11-years-old. After seeing them live, I would go into my room, blast their music and lip-sync to their songs while playing on a Guitar Hero guitar. Once I got into high school, I enrolled in a guitar class. The rest is history.

Jordan: Ringo Starr. My family went through a huge Beatles craze when I was around 10, and after watching all the movies, I realized that Ringo was by far my favorite. So I started taking drum lessons and I fell in love with it.

Adam: Never let someone tell you there’s a certain way to write music. Creativity and freedom is what makes it something worth loving.

Jordan: Don’t worry about what other people think when it comes to your own interests. It’s your life, and you’re the only one who gets to decide how you’re gonna enjoy it.

Zack: There’s always time for a new musician to start. Don’t let uncertainty stop you from showing everyone what you’re capable of. Keep the dream alive and don’t stop, so that there is a chance for everyone else in the world to have an inspiration.