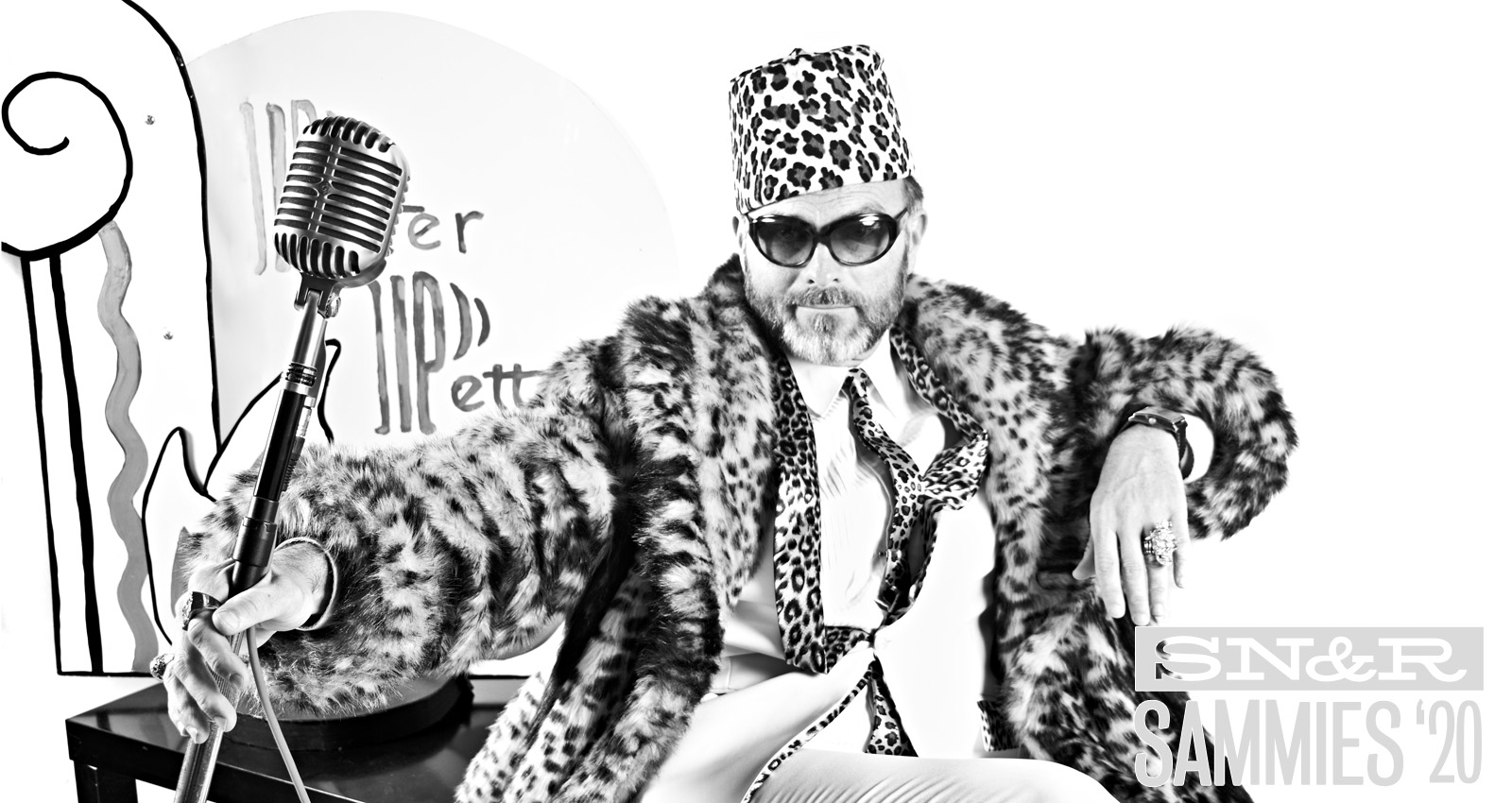 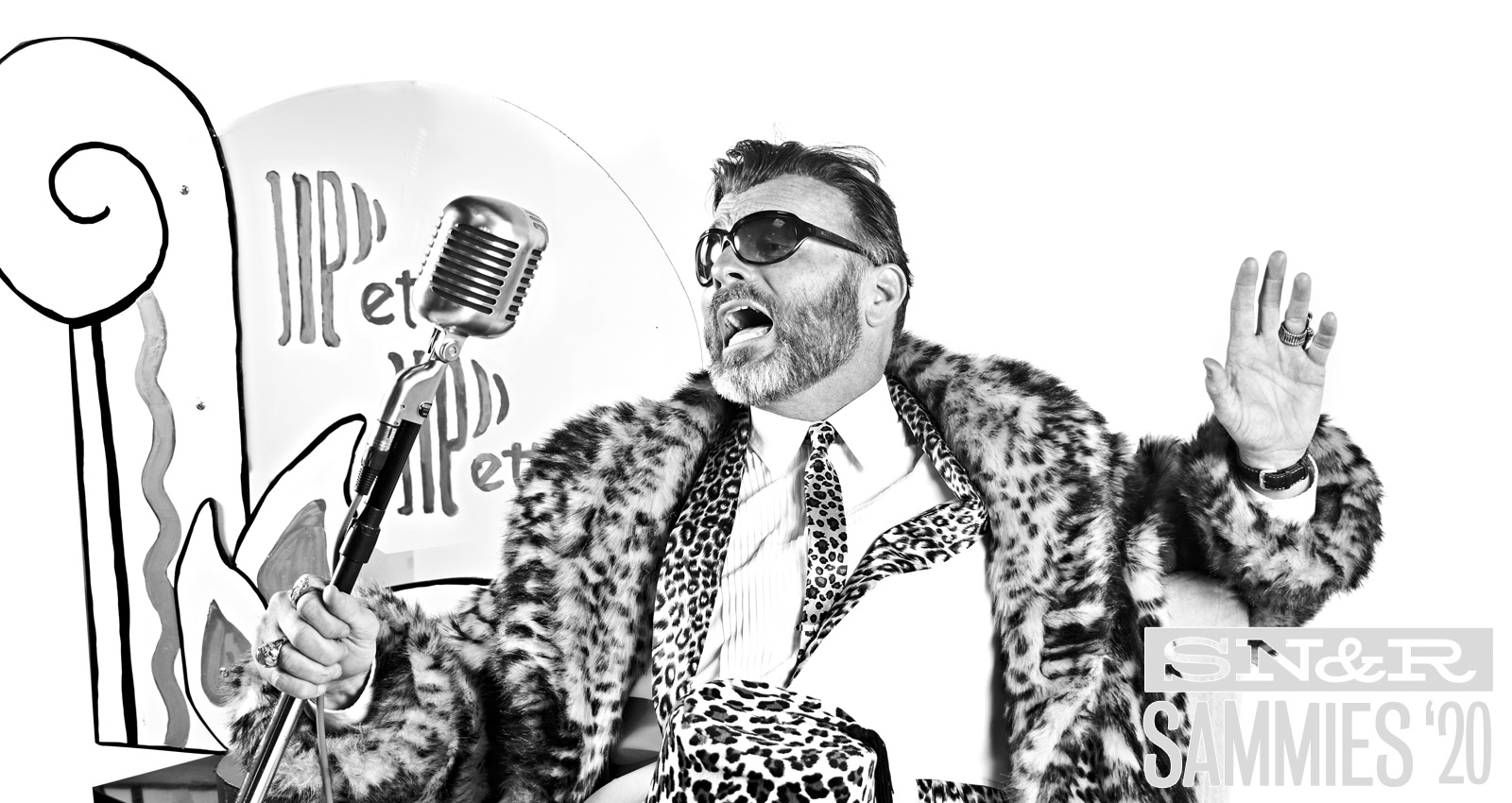 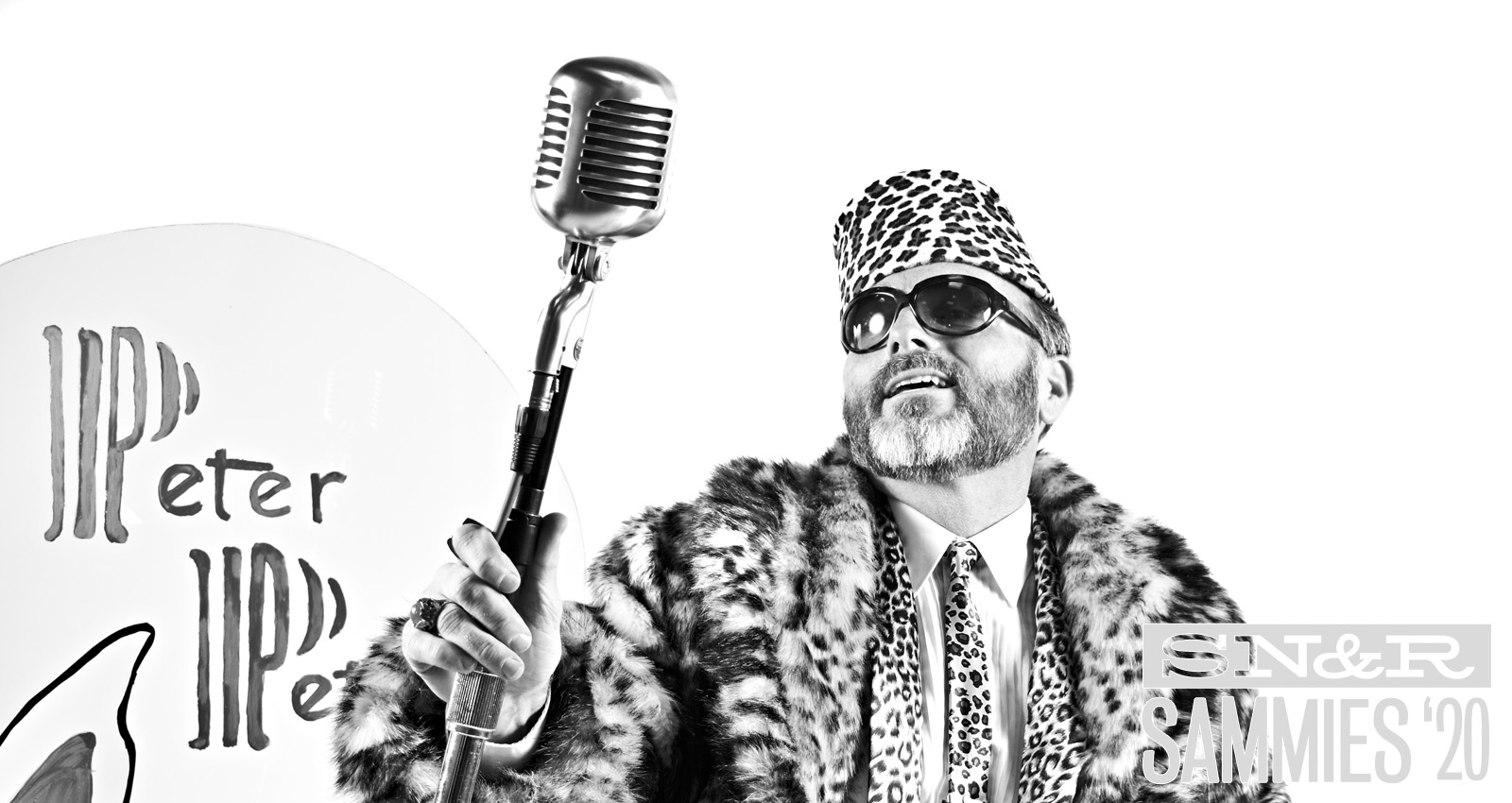 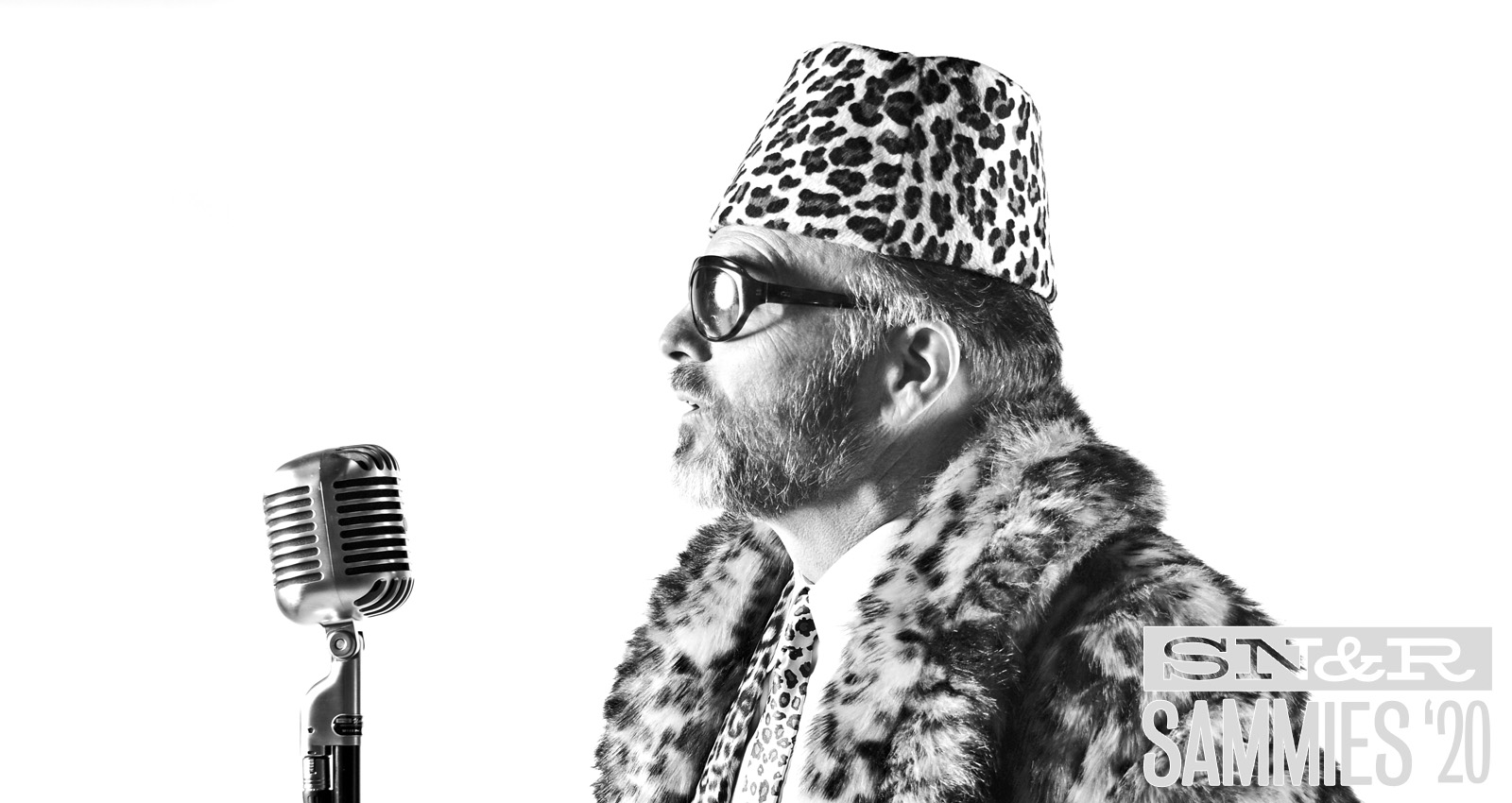 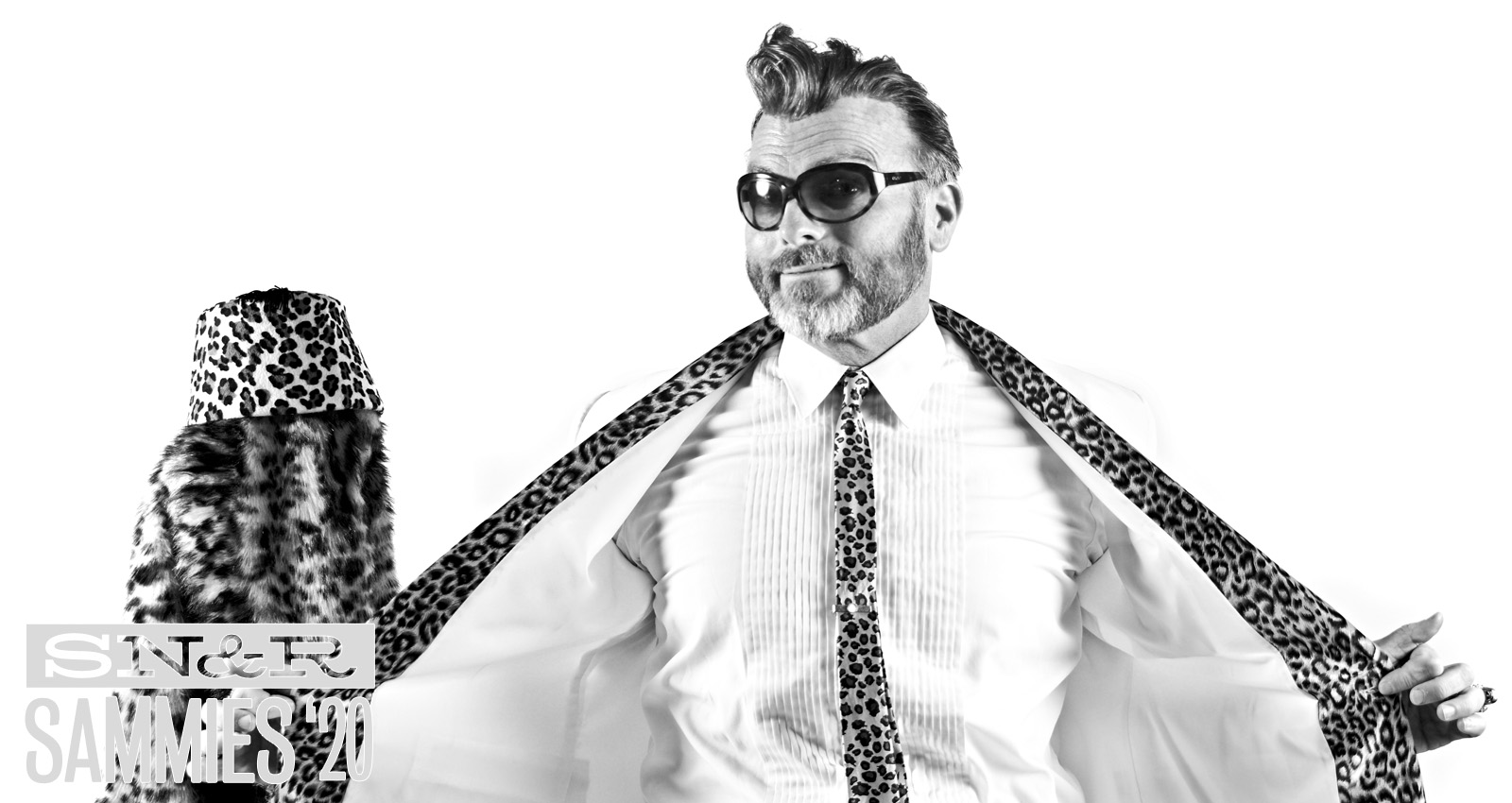 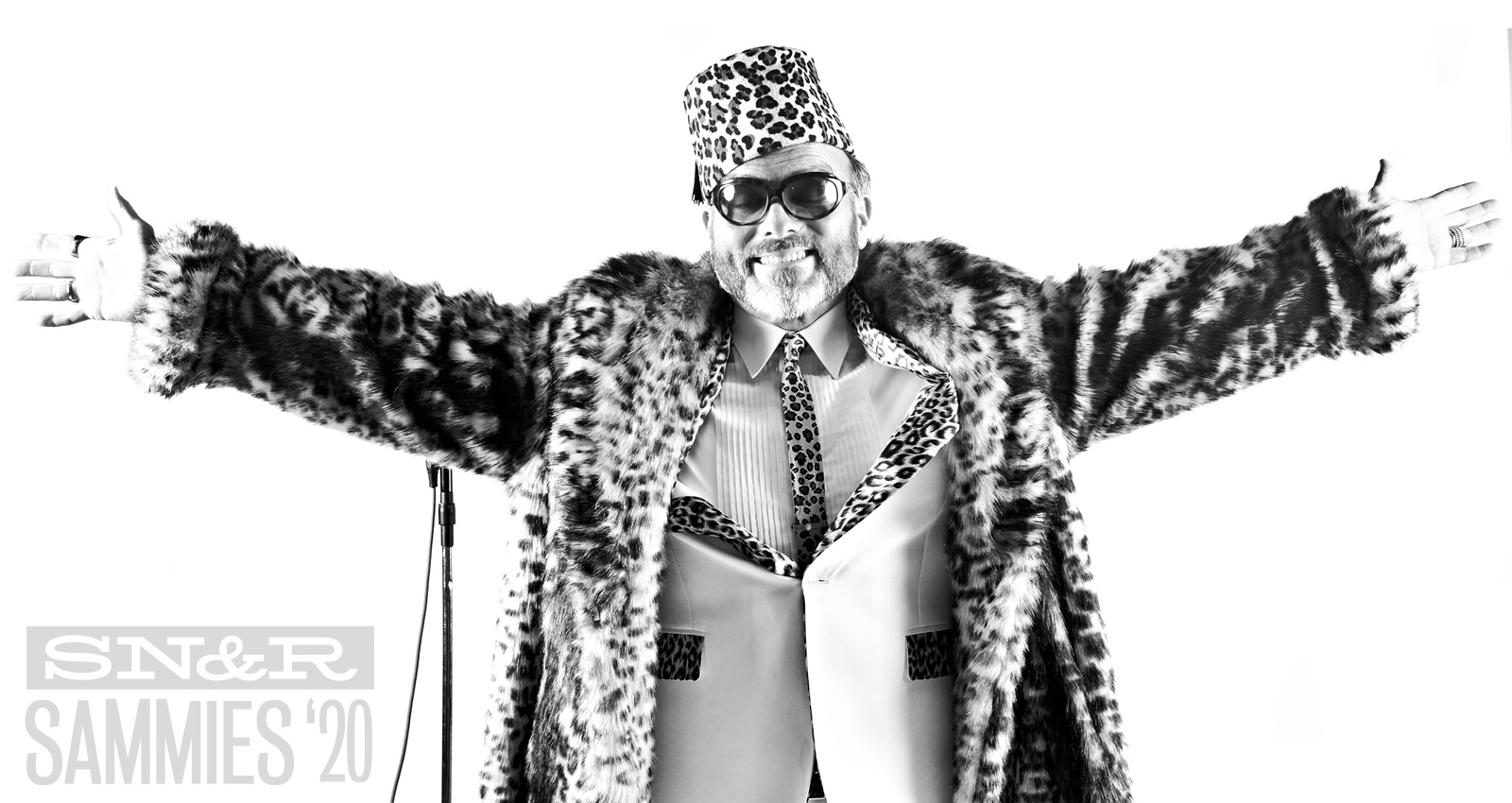 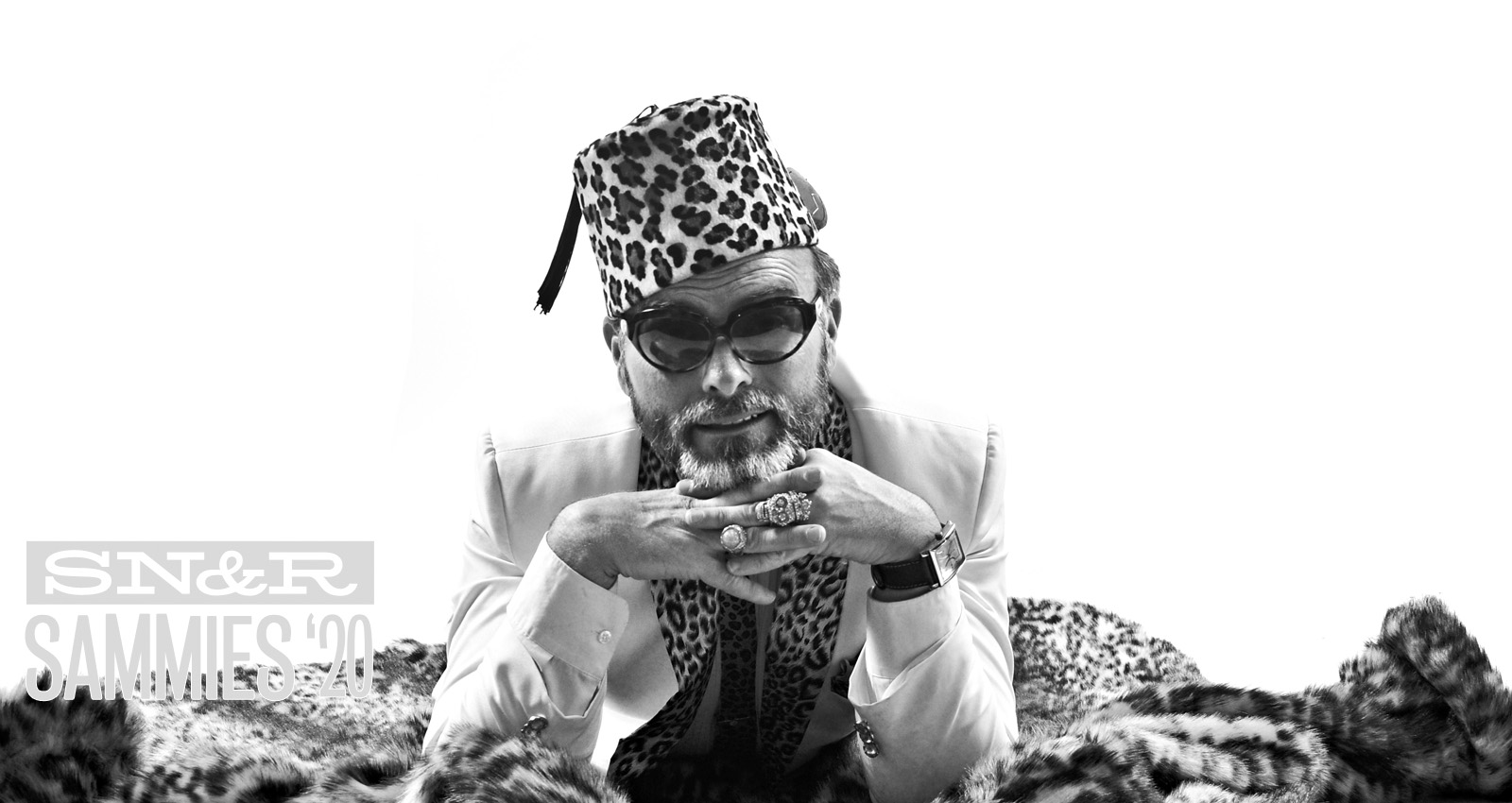 Peter Petty (and his Titans of Terpsichore!)

My first encounters with Peter Petty were from a distance. At last year’s SAMMIES awards show, he performed a high-energy staple from swing history, “The Man from Harlem,” his black tux fronting a gang of white suits armed with saxophones, trumpets, violins and a double-bass. Petty matched the big sound with a bigger voice and stage presence, flailing his baton and comb-over as he told the story about a charismatic dancer from Upper Manhattan. I saw him again outside Ace of Spades at the end of the night. He took that same stage character with him in his walk, sauntering down R Street like a prohibition-era made man.

Was Peter Petty an act? Recently, I got a chance to ask him up close.

A court reporter by day and band leader by night, Petty is turning a new page as a local front man. In September last year, he released his debut album, Ready, Petty, GO!, a 16-track swing jazz romp of 11 covers and five originals recorded with his band the Terpsichoreans (it means “dancers”). Turning 50 this year, Peter Petty, which is his real name, is hoping to break out of the city.

“I’m trying to spread my wings and fly,” Petty said.

And it’s a long time coming. Petty sang with the Sacramento Philharmonic & Opera for eight years and fronted the Harley White Jr. Orchestra for five. On top of the jazz and opera gigs, he was an aspiring actor ever since high school—he starred in a 1993 feature film, Jump Cut. He even has an appreciation for epic, anthemic rock: Every year, he hosts a Jesus Christ Superstar party in his backyard.

The rhythms and cadences of my speech, people always ask, ‘Where are you from?’ Well, South Sacramento.

Petty inhabits a mash of genres that he coins “hep-hop-era.” Think swing (or “hep”) and opera (“era”) with a hip-hop attitude.

“Because back in the day, swing music, especially in the beginnings of jazz, when it was still African-American—before it was co-opted by my people—it was dangerous,” Petty said. “It was like the hip-hop of its day, essentially. Parents did not want their kids going to no jazz clubs or swing clubs, because they’d come home high or drunk or pregnant, maybe all three.”

A self-proclaimed “Tasmanian Devil in a tuxedo,” Petty sings, dances and chatters with the audience as a sweating caricature of a 1920s big band leader. He says his theatrical and musical shows satisfy many of the desires he has to express himself.

“And really, it’s pretty vainglorious,” Petty said. “Especially in some songs, really emotional ballads ... And I apologize to the crowd, too. ‘Thank you for allowing me that criminal act of self-indulgence, man. But it’s not like people hate it, so that’s a good thing, too.”

But where does the show end and the real Petty begin? I asked about that night at the SAMMIES. He said his demeanor isn’t an act. Well, sort of.

“It’s something that developed in me, so at this point in my life, this seems to be who I am,” Petty said. “So the rhythms and cadences of my speech, people always ask, ‘Where are you from?’ Well, South Sacramento. It’s just me. It’s what I can do. It’s what I do.”

Oh, come on. How can anybody possibly answer that question?

I call it Hep-Hopera. And Frank Sinatra on acid.

"Best" is such a relative term, isn't it? But I'll tell you, my BIGGESTEST show was headlining the Concerts in (Cesar Chavez) Park last Summer. I've had occasion to play a lot of venues in the area now, but I had never played for even half that many people before! There were like 3,000 people in the crowd! And a woman in the front row offered to mend my brand new jacket that I had torn during the performance (rock 'n' roll, man!), and she stole it from me! Talk about your "Petty" theft! She still sometimes sends me Instagrams of her wearing it!

Well, again "worst," you know, but I guess it was pretty bad when I played what was actually a really great show, but ticket sales were so low that it actually ended up costing me $800 to do it.

It was the song that I wrote for the above mentioned upperclassman girlfriend. (See the "Who first inspired you to play music?" question below.) I called it, "Valentine on My Mind." It was, and continues to be, terrible.

I gotta make a compelling music video, we gotta tour and I gotta record another album!

Well. Peter Petty is, indeed, my given name. And Terpsichoreans are devotees of the ancient Greek muse of lyrical poetry and dance (essentially songs): Terpsichore.

My girlfriend for Valentine's Day when I was in the 10th grade. (She was a senior!)

Golden Rule, Baby. Seriously! Treat others the way you want to be treated! Unless you're a masochist.