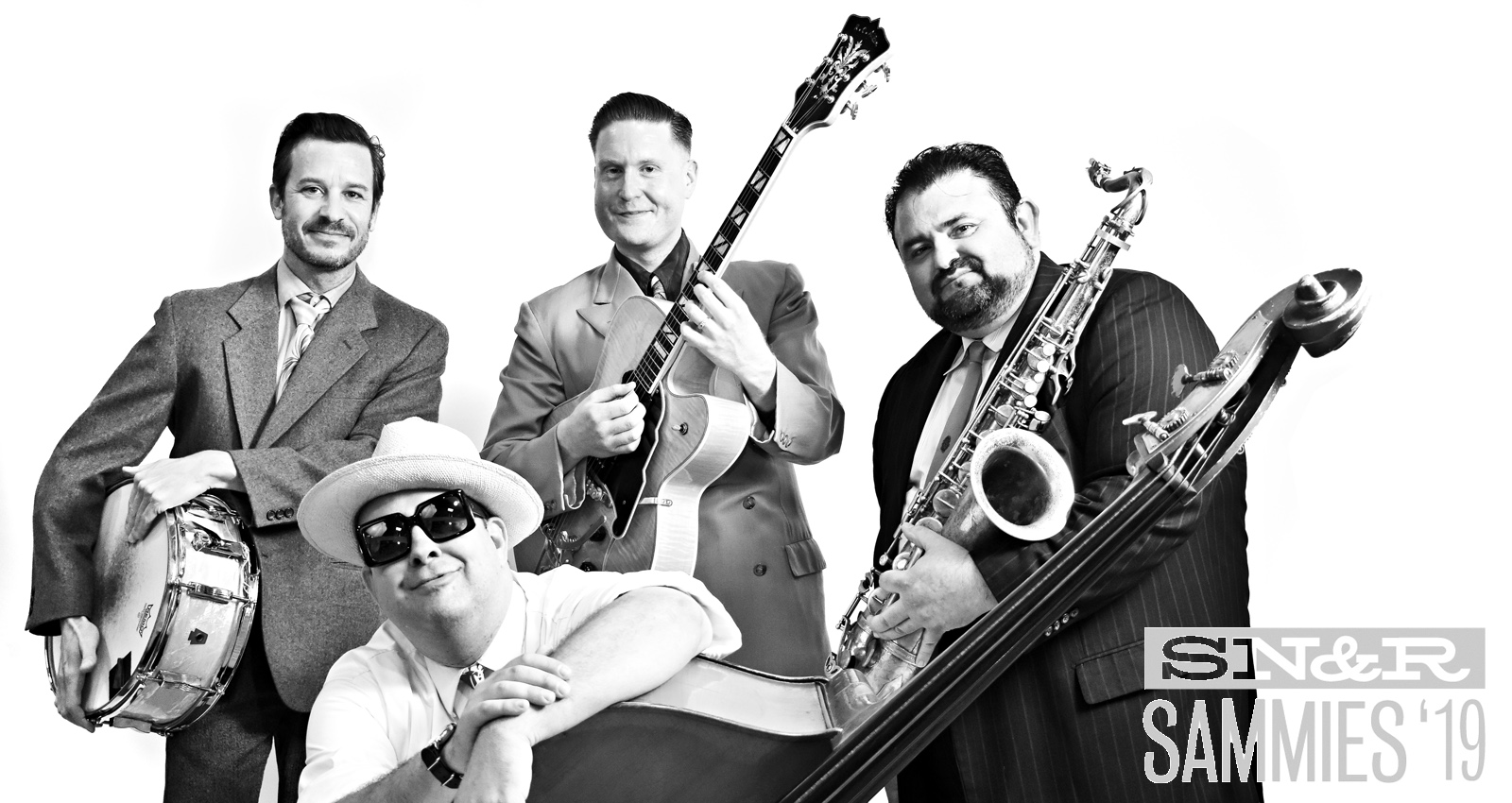 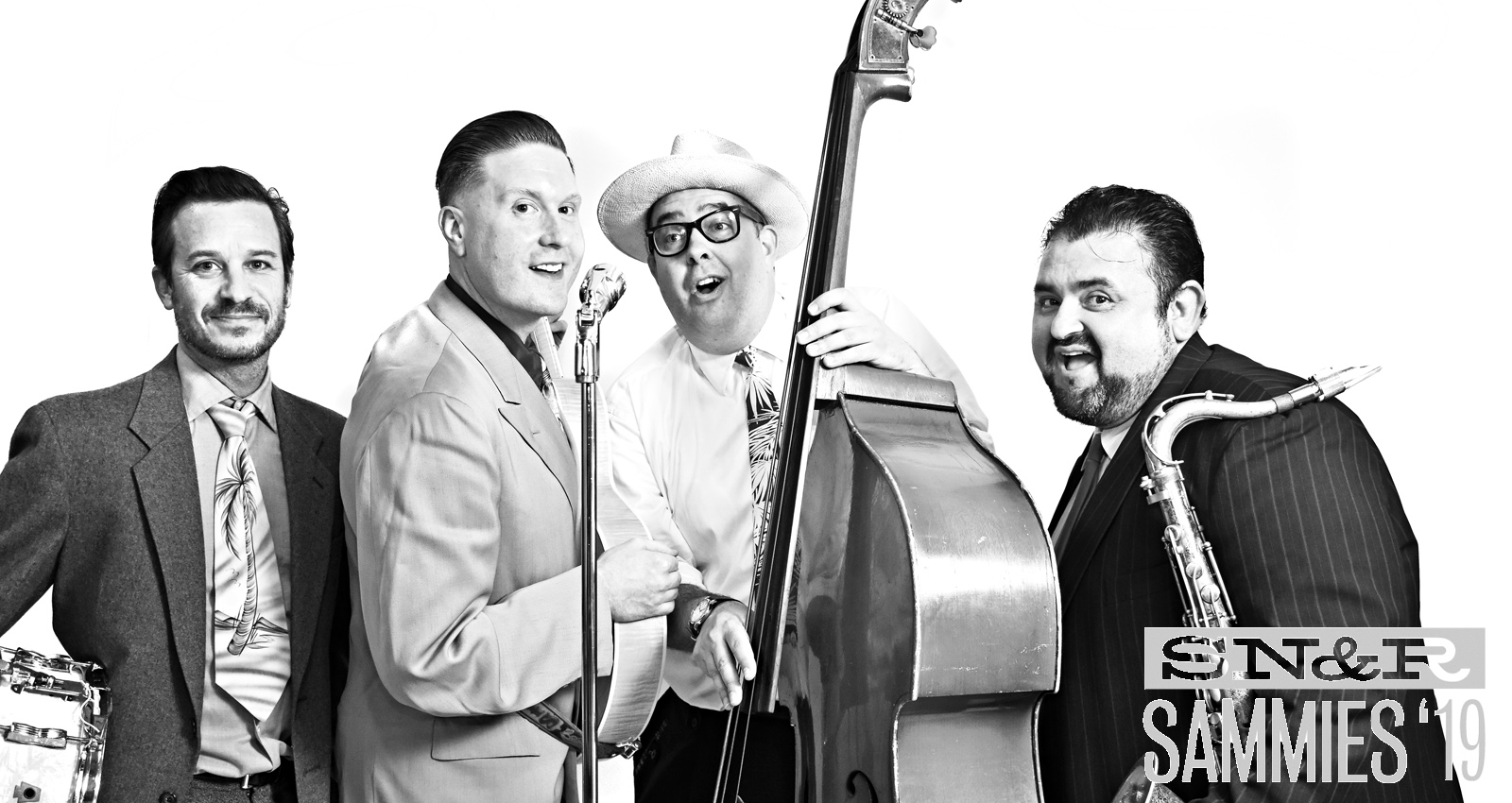 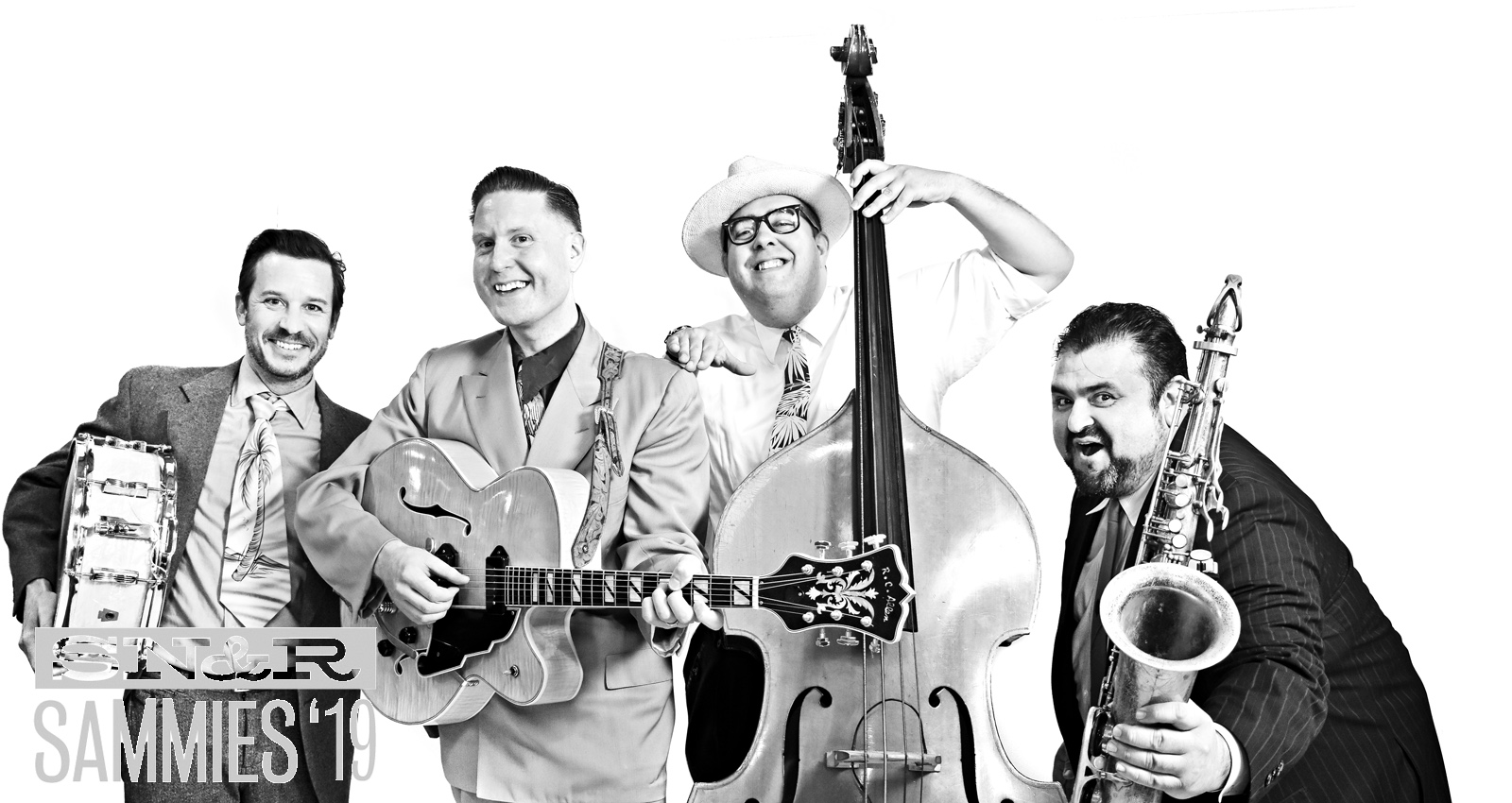 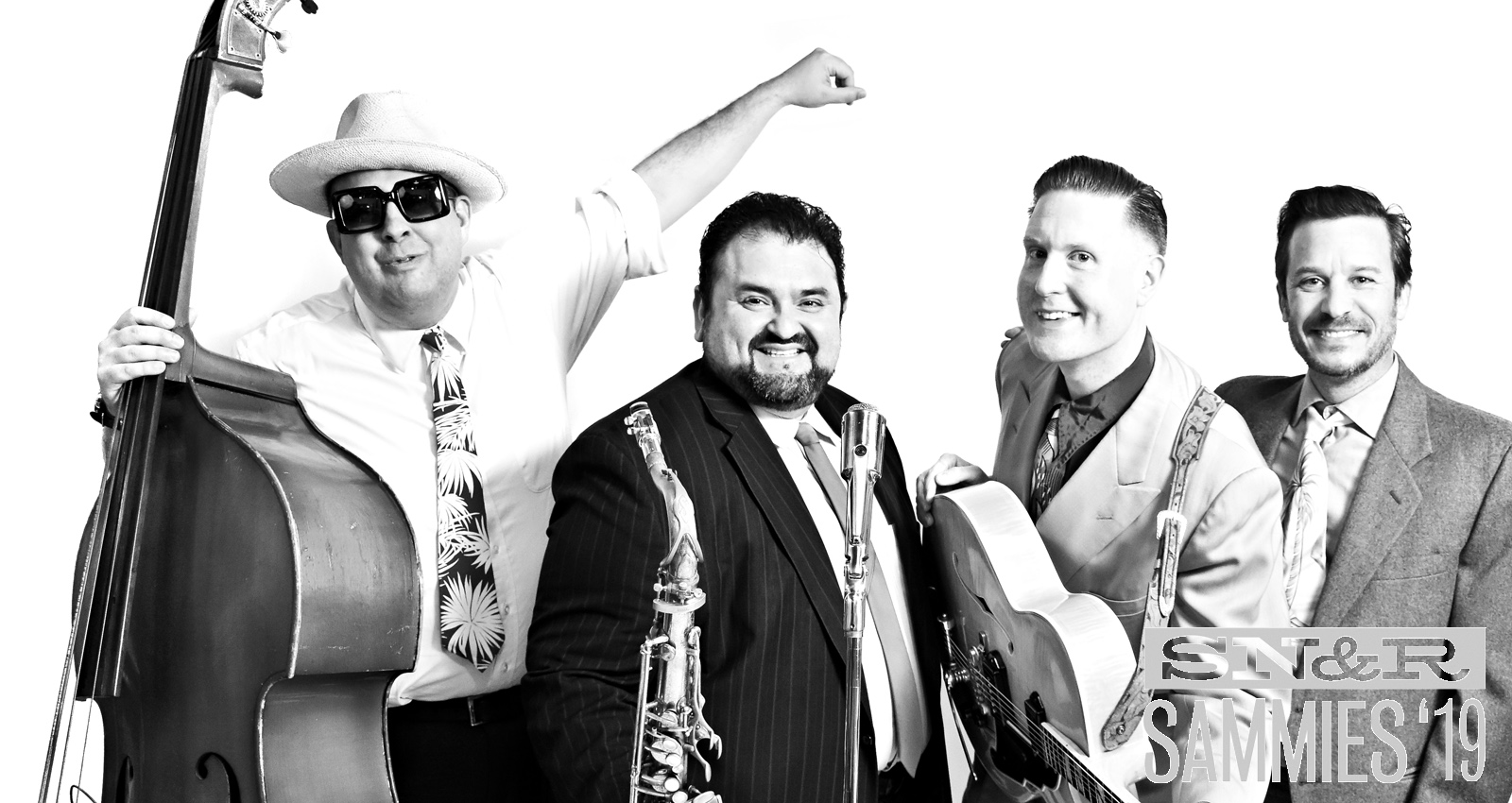 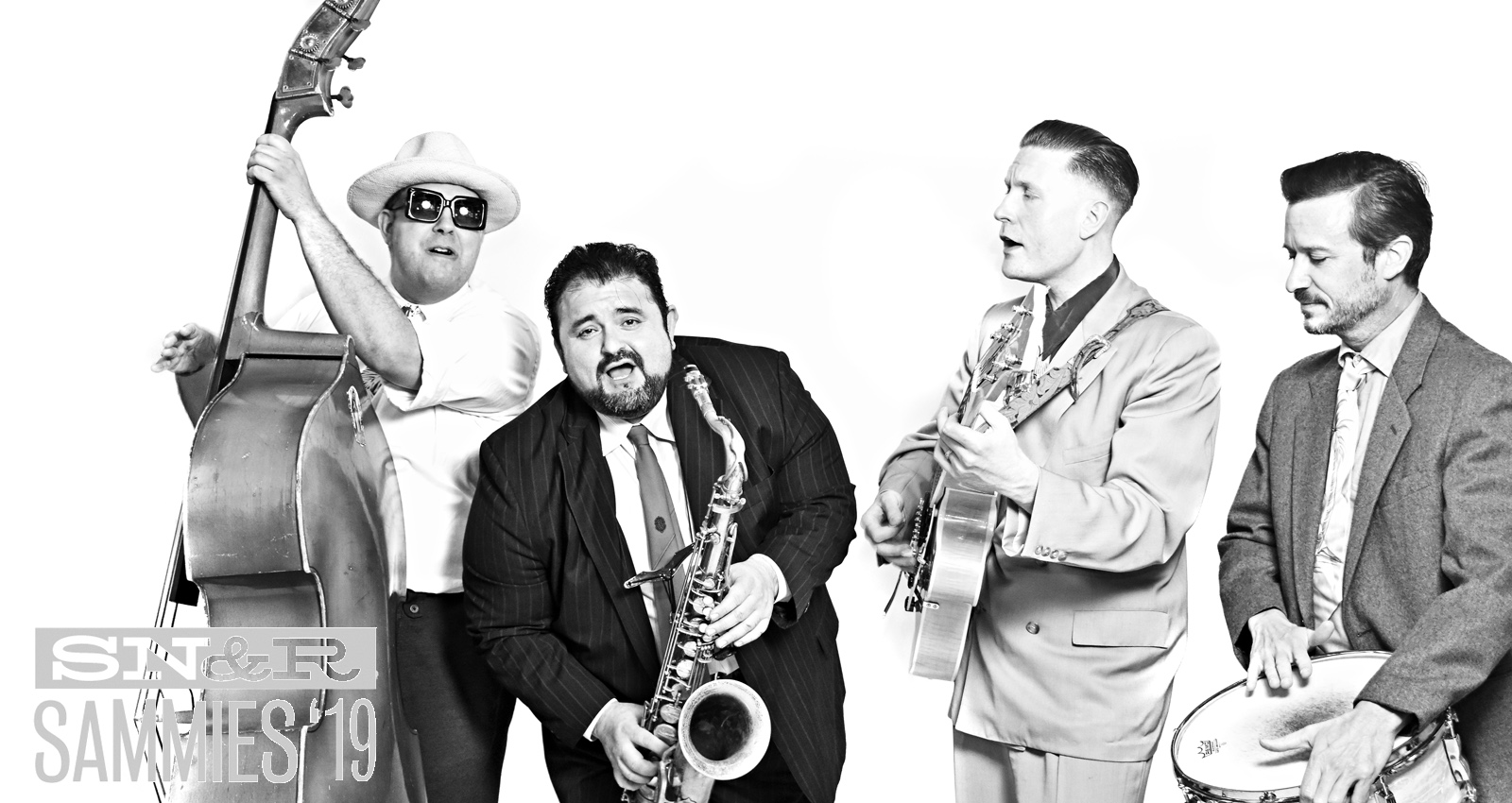 A sound from Sacramento’s past is roaring back, searing like a skillet and steady like a chain gang. It’s the power of wild, restless rhythms, boot-stomping bass struts—and one big shot of saxophone fire.

From the dim tables of the Shady Lady Saloon to the crowded dance floor of the Torch Club, the sound is throwing heat on peoples’ foreheads while transporting them to the Capital City’s lost era of swing jazz.

“I’d been into vintage styles of playing for about 10 years,” says Wilkinson, who grew up in England. “But until now, I’d never really had the chance to play in an R&B band before, especially one with a honking sax and a drummer.”

Wilkinson happened to move to Sacramento just as Sapunor, a well-known acoustic bassist, was dreaming up a new music project. Sapunor envisioned a group that could merge timeless genres—including rockabilly, New Orleans jazz, hot jazz, Western swing and early proto-soul—and then spike all of that with a touch of Latin heat.

In Sacramento, we do have our own history, which is living and real. I feel like this is a band that’s really come together around that in a great way.

Bringing a kind of forcefulness to 70-year-old songs meant that the band’s lone horn player would have to be a powerhouse. It turned to a man whose solos are beyond blistering. When it comes to howling horns, Sandoval could out-blow an angel on meth.

“Danny is one of the few guys I’ve seen that can just instantly captivate a room,” Sapunor says. “It’s not just the knowledge and experience he brings. His energy is absolutely through the roof.”

In recent months, Tropicali Flames has been playing clubs from downtown to West Sacramento. The band has inspired some particularly riotous dancing at the Torch Club, a venue tailored for its sound and old city sensibilities. The group will take the stage there again Wednesday, April 3 from 9 p.m. to 1 a.m.

The band is nominated for SAMMIES in both the R&B/Soul and New Artist categories. While it might seem ironic for a band with a such a vintage veneer to be hailed as “new,” Tropicali Flames is working hard on an album that will have both covers and originals. The band is hoping to release it by the end of the year, and promise it’ll be boiling over with elements of Sacramento.

Sapunor admits the city has lost some of its best jazz and blues musicians lately to New Orleans and France, but, for him, the place still has a legacy that makes it more than worthy of top-notch players.

He points out that Western swing pioneer Bob Wills of the Texas Playboys spent his final years in Sacramento, and for decades the Sacramento Jazz Jubilee was one of the best festivals in the world for Dixie masters.

Now he and his band mates are tangoing with those ghosts in a way that crowds love.

“In Sacramento, we do have our own history, which is living and real,” Sapunor says. “I feel like this is a band that’s really come together around that in a great way. And it’s a band with a truly authentic knowledge of older music.”