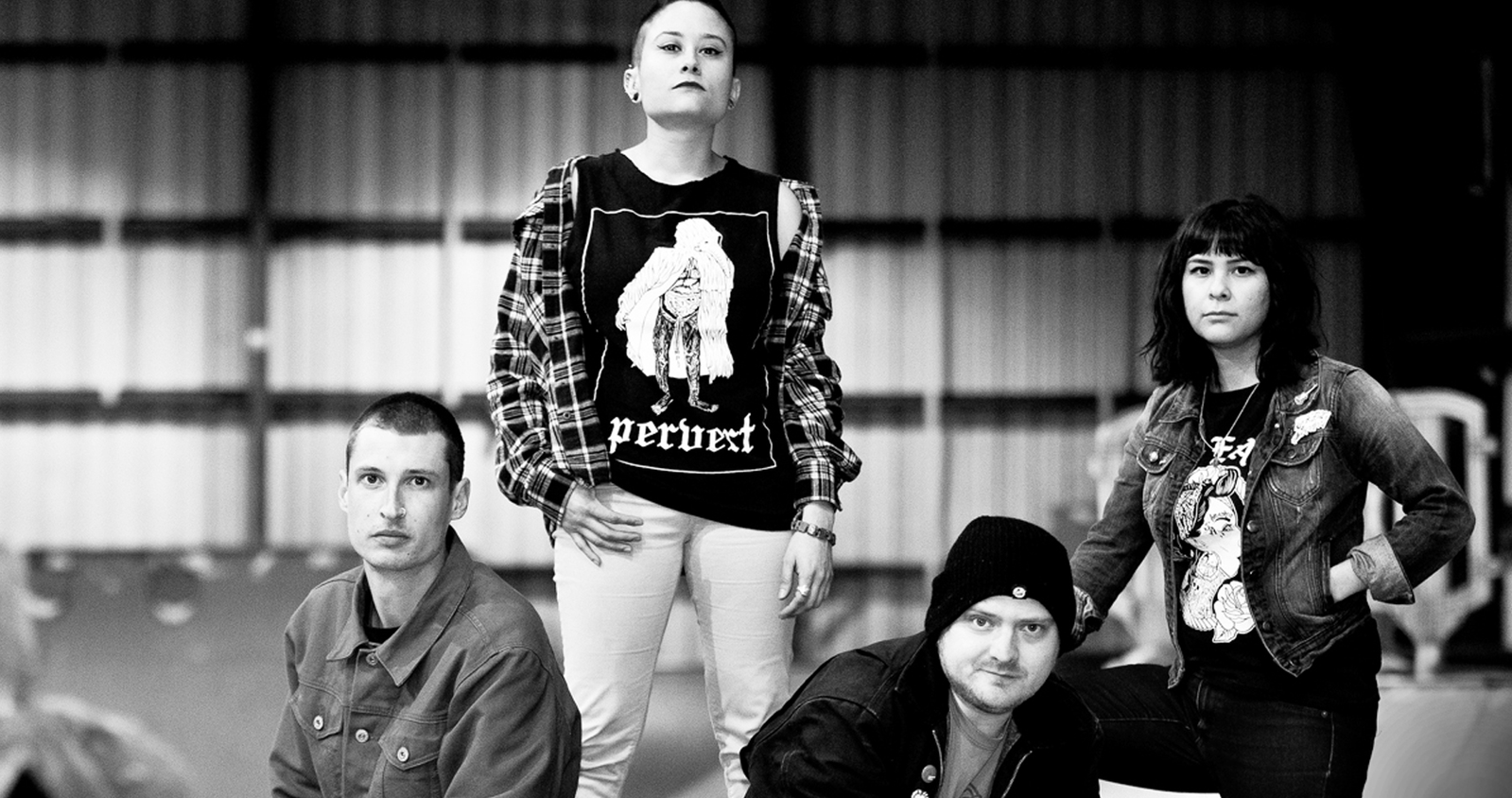 No justice, no peace

During the March 2016 standoff between UC Davis students and then-Chancellor Linda Katehi, demonstrators occupied the waiting area outside her office in Mrak Hall. They called for her resignation after learning the chancellor was a paid board member of the corporate, for-profit DeVry Education Group. She also received nearly $500,000 from a textbook publisher, on top of her taxpayer-funded salary. The “fire Katehi” sit-in lasted for weeks, and she later resigned. For the protesters involved, the movement was proof that change comes through direct action.

That fall, the band formed, driven to use their platform as musicians to write songs about the effects of gentrification, President Donald Trump’s border wall, justice against rapists and police brutality—a subject that resonates deeply with Sacramento since the death of Stephon Clark and many others.

“I don’t necessarily try to make it so easy to swallow. It’s OK if we get really political and get deep into these conversations about police brutality and gentrification,” says Marisol Ramirez, the band’s vocalist.

We’re almost trained nowadays to just forget. We’re inundated with so much bad stuff that’s happening on a daily basis, and to remember those folks and hold them past their news relevancy is important for us.

Las Pulgas released its debut EP ¡No Pasarán!  last September, with five tracks of tenacious, unapologetic, loud-and-fast punk. The title track begins with slow, surfy reverb from guitarist David Roddy, backed by drummer Kelsey Brewer with a muffled gallop that swells in pace and intensity. Throughout the song, Ramirez’s vocals blend spoken words and full-bodied growls in both English and Spanish, with bassist Alyssa De La Rosa responding to Ramirez’s calls of “¡No Pasaran!”

In the song “Names,” Ramirez’s pleasantly discordant vocal-style creates an ominous vibe as she quickly recites the names of those killed by police. It’s a tune under two minutes. But the list of names is vast, a song that Brewer says evolves by the day.

“The list keeps going up, and we keep adding to it,” Brewer says. “For everybody who gets killed, we’re trying to bring their name back, and the bridge just keeps getting longer, and Sol has to sing it faster.”

De La Rosa says she often takes a step back to listen to the list, which includes Joseph Mann, Brandon Smith and Mikel McIntyre, all from Sacramento. It still gives her goosebumps, she says.

“That’s a pretty powerful song,” De La Rosa says. “We’re almost trained nowadays to just forget. We’re inundated with so much bad stuff that’s happening on a daily basis, and to remember those folks and hold them past their news relevancy is important for us.”

Las Pulgas uses its music to protest rape culture, such as the time they performed in a dirt lot across the street from the Fulton Avenue music venue On the Y, when rape rock band The Mentors came to Sacramento in 2017. The cops were eventually called, forcing bands like Las Pulgas, Slutzville and other activists to leave.

They agree it was worth it.