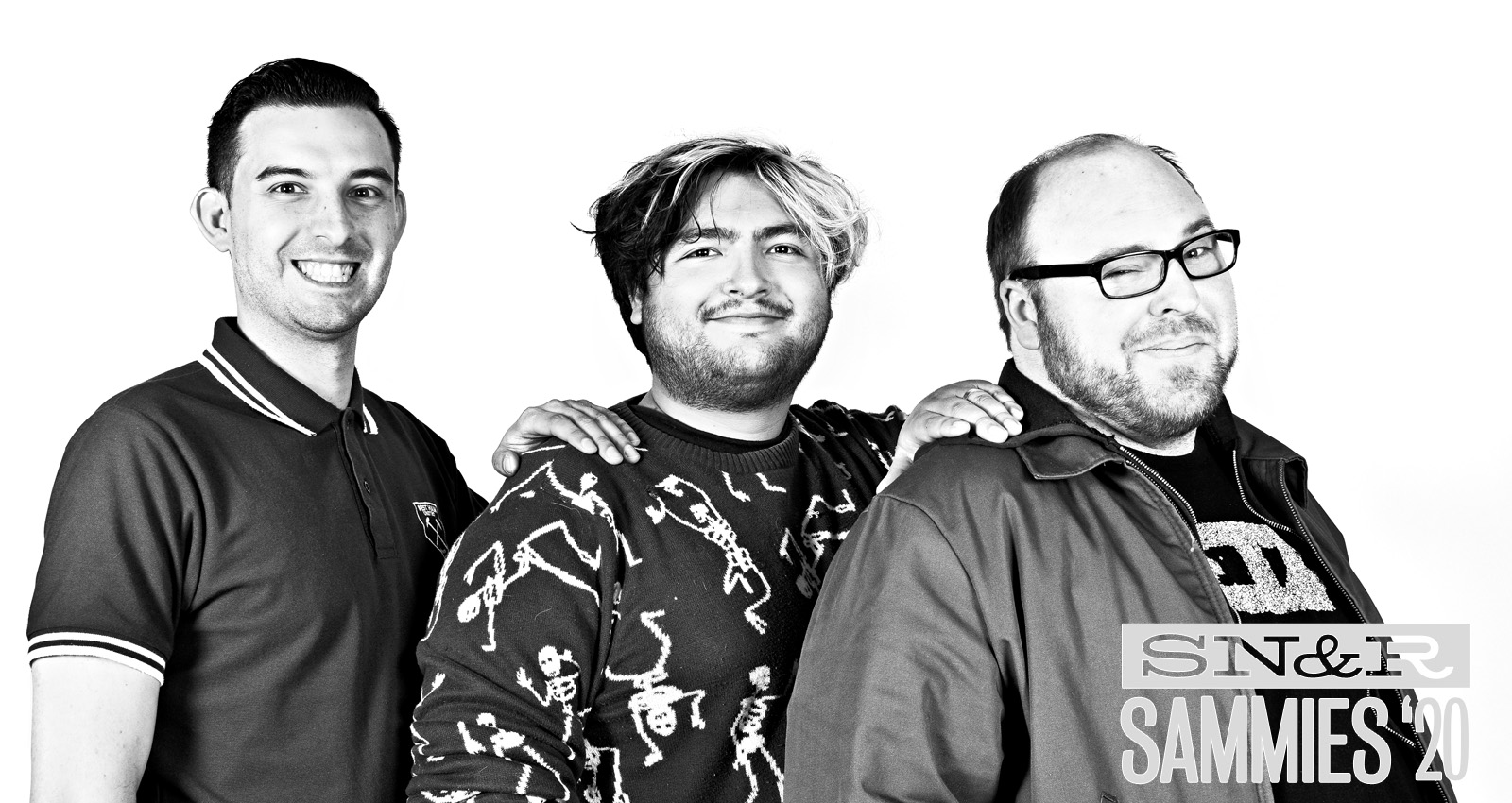 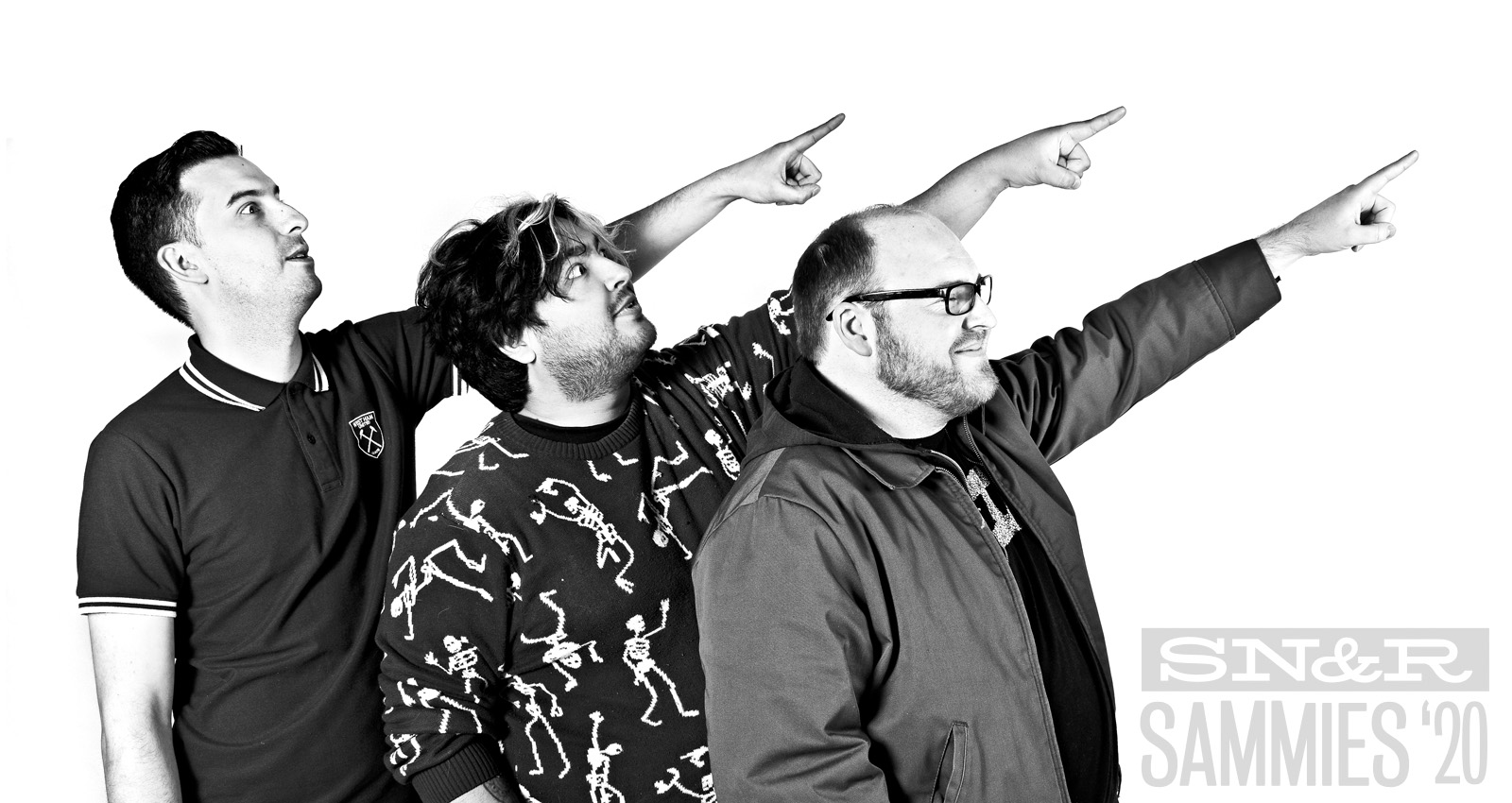 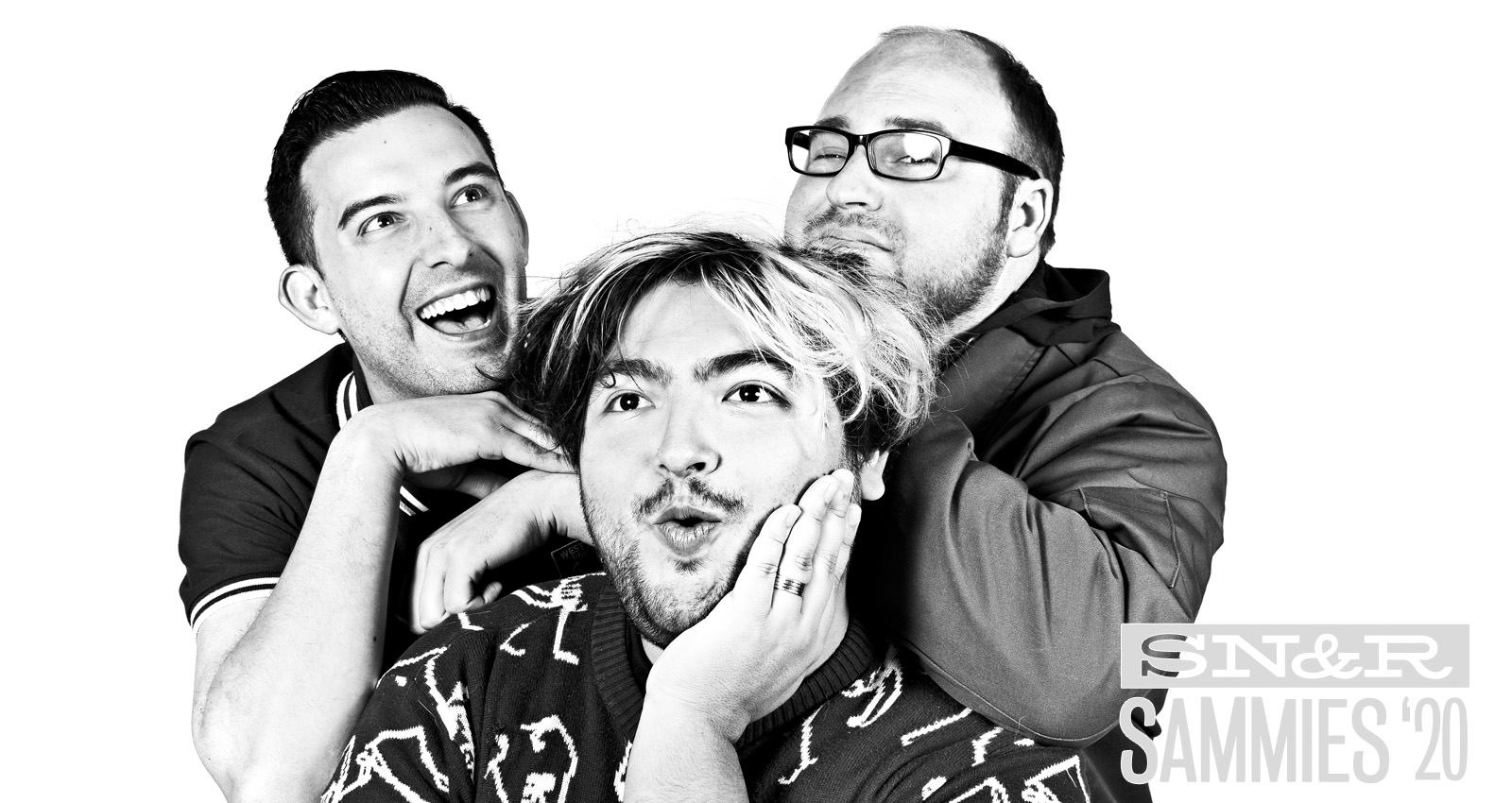 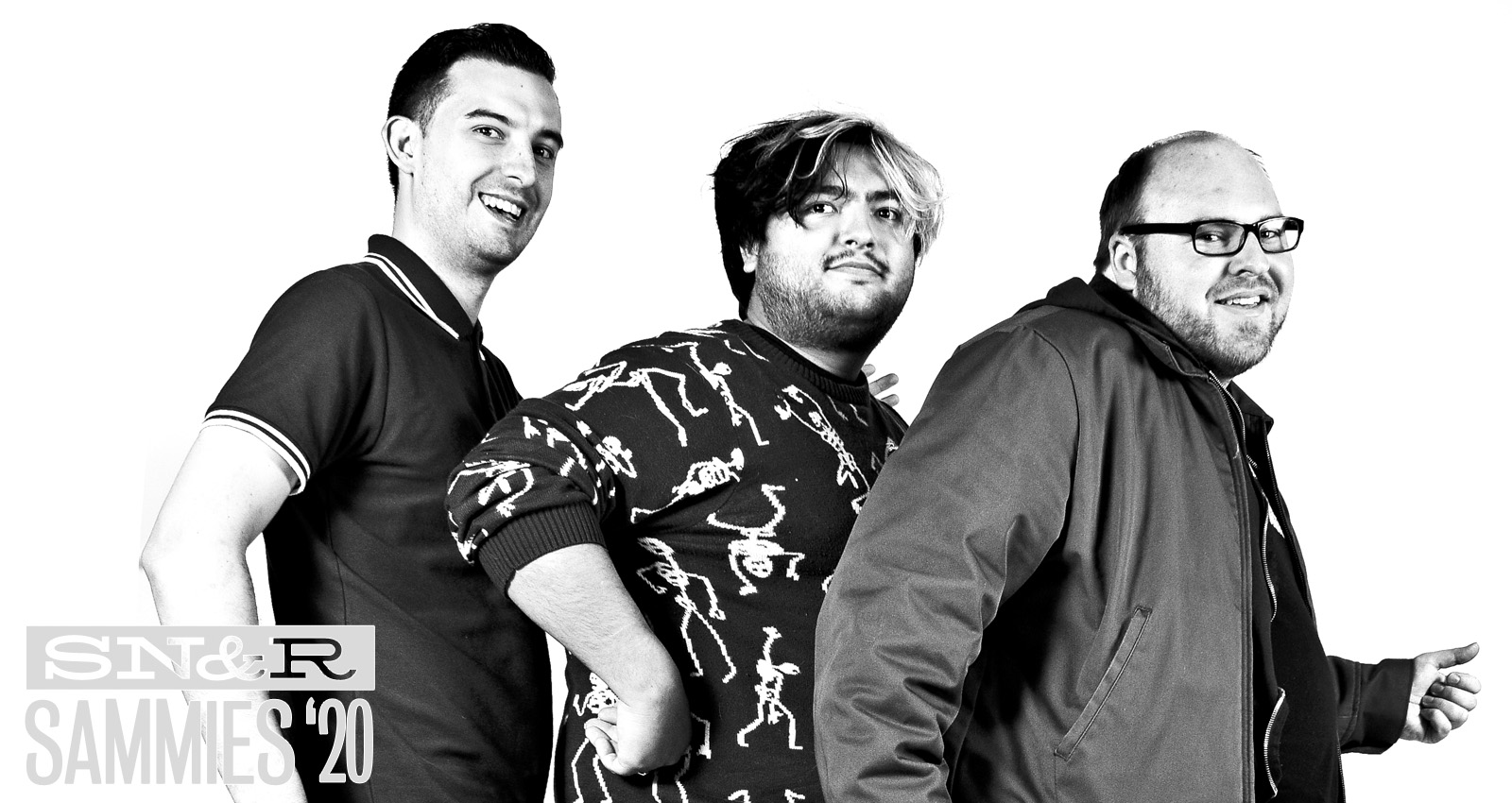 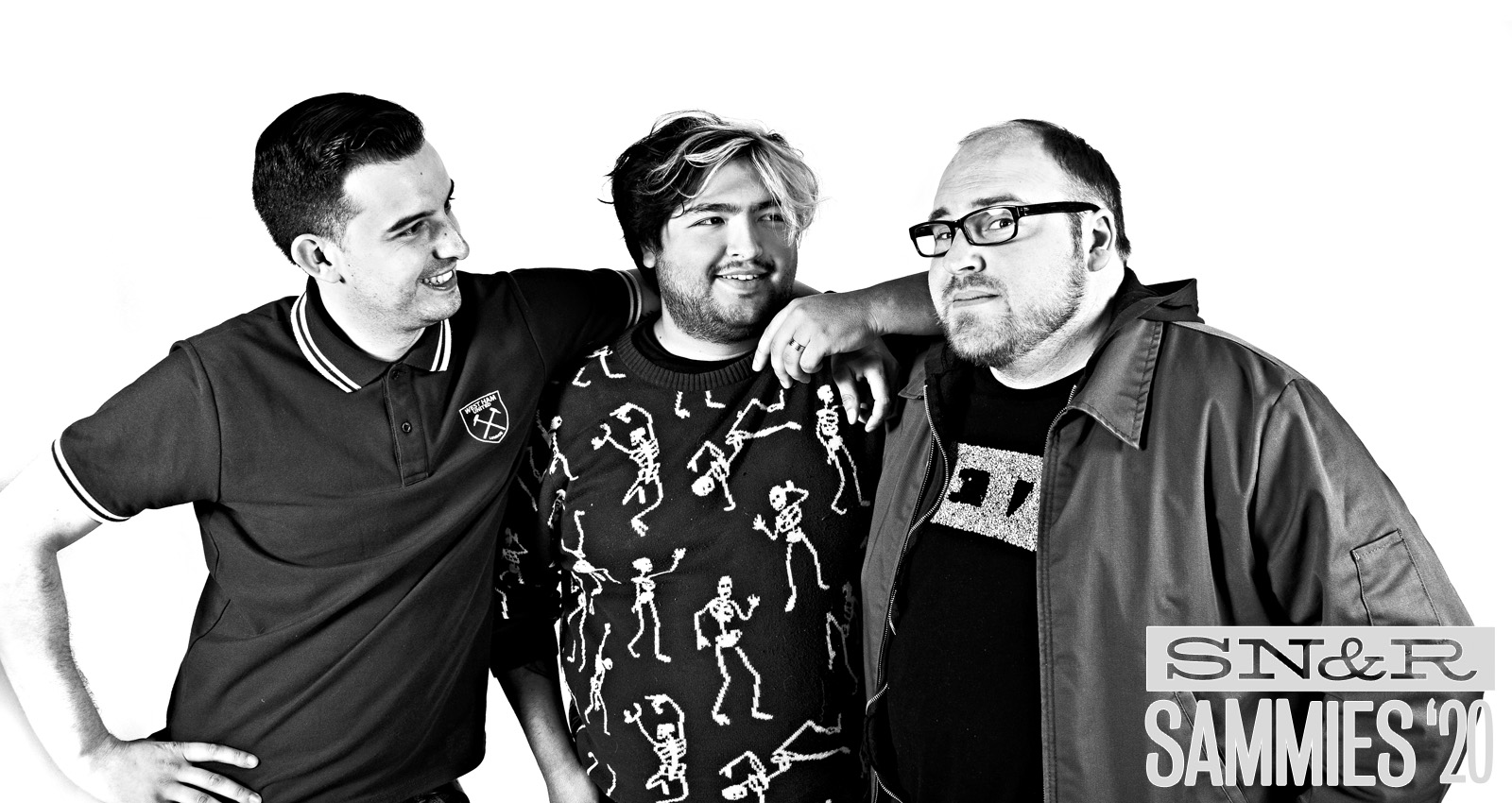 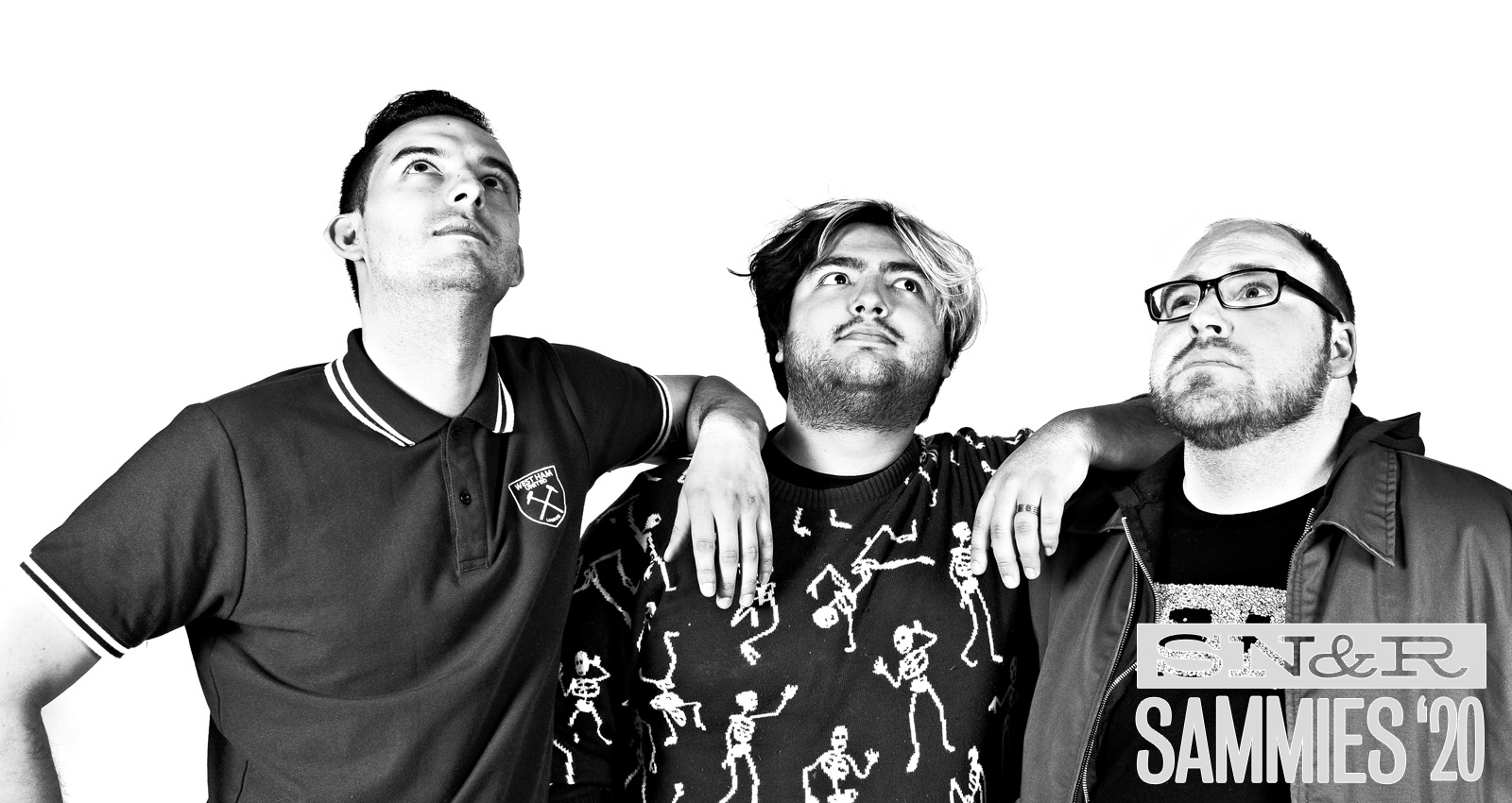 Taylor: Right now, I’d have to say “What’s Mine is Yours” by Sleater Kinney.

Erik: One that I’ve been kind of obsessed with lately is “A Night to Remember” by Shalamar.

Jules: "Ruby Soho" by Rancid. First song, I learned every instrument for and one of the first songs I ever performed on stage.

How do you describe your interviews to people?

We’ll let you know after our first one.

Garage punk maybe. With some alt and a LOT of feedback and noise.

We all worked at the same record store. Not all at the same time, but there was some overlap for each of us.

Back when we were a four-piece band, we had booked a show at Old Ironsides. Our other guitarist had recently joined another band, and couldn’t make the Old I gig. We decided not to cancel, and, even though we were nervous, played the show as a trio. We were really surprised at our sound and how well received the set was. We amicably left the four-piece lineup and have played as a trio ever since. It was kind of a defining moment in the construction of our current sound.

Erik: It was the weekend before Casa de Chaos was supposed to close, and we had all gotten a little inebriated. I had gotten especially inebriated, and when it was our turn to play, we only got through like four songs, before I had kicked my shoes across the room and nearly knocked down the drum set. The band was so mad, but the audience loved it. They ate it up, which only made the band more angry, because the audience applauded the boisterous attitude that I came on with. The band was all really pissed off at each other afterwards, and we didn’t talk for a few days.

Silver linings though—some of our most iconic photos are from that show, as snapped by Cam Evans. It’s also forced us to set up some band rules that we continue to adhere to.

We look back and have a good laugh at the whole situation, but it’s a miracle that we didn’t break up the band.

Taylor: “Smoke on the Water” or “Baba O’Reilly.”

Erik: I learned the intro to “Stairway to Heaven,” but quit and learned “Long Cool Woman in a Black Dress” by Hollies instead.

What's a big media inspiration that would most surprise your fans?

Taylor: Mr. Bungle or the Residents.

We’re currently working on a new album and we’re around halfway done. We’re hoping to have it ready this year.

Erik: Before I met Taylor or JJ, I used to troll Yahoo Answers. I’d see these kids with usernames like “PurpleP0izon” and other stuff like that and I thought it was hilarious. I decided to make my own username which was inspired by Captain Sensible, but in order for it to fit in with the rest of the other usernames. I subbed Cutiepie for Sensible.

Later, I started recording demos for a new project, but I didn’t want to put it on my regular SoundCloud account, because it sounded too different from my other music, so I used the Captain Cutiepie email address to start a new account.

The name really stuck, I guess because of how sarcastic our music sounds.

Erik: My favorite song to perform has always been “Headaches,” just because it has a great build and a weird structure.

Erik: OFF!, The Damned, METZ, Mike Einziger and many others.